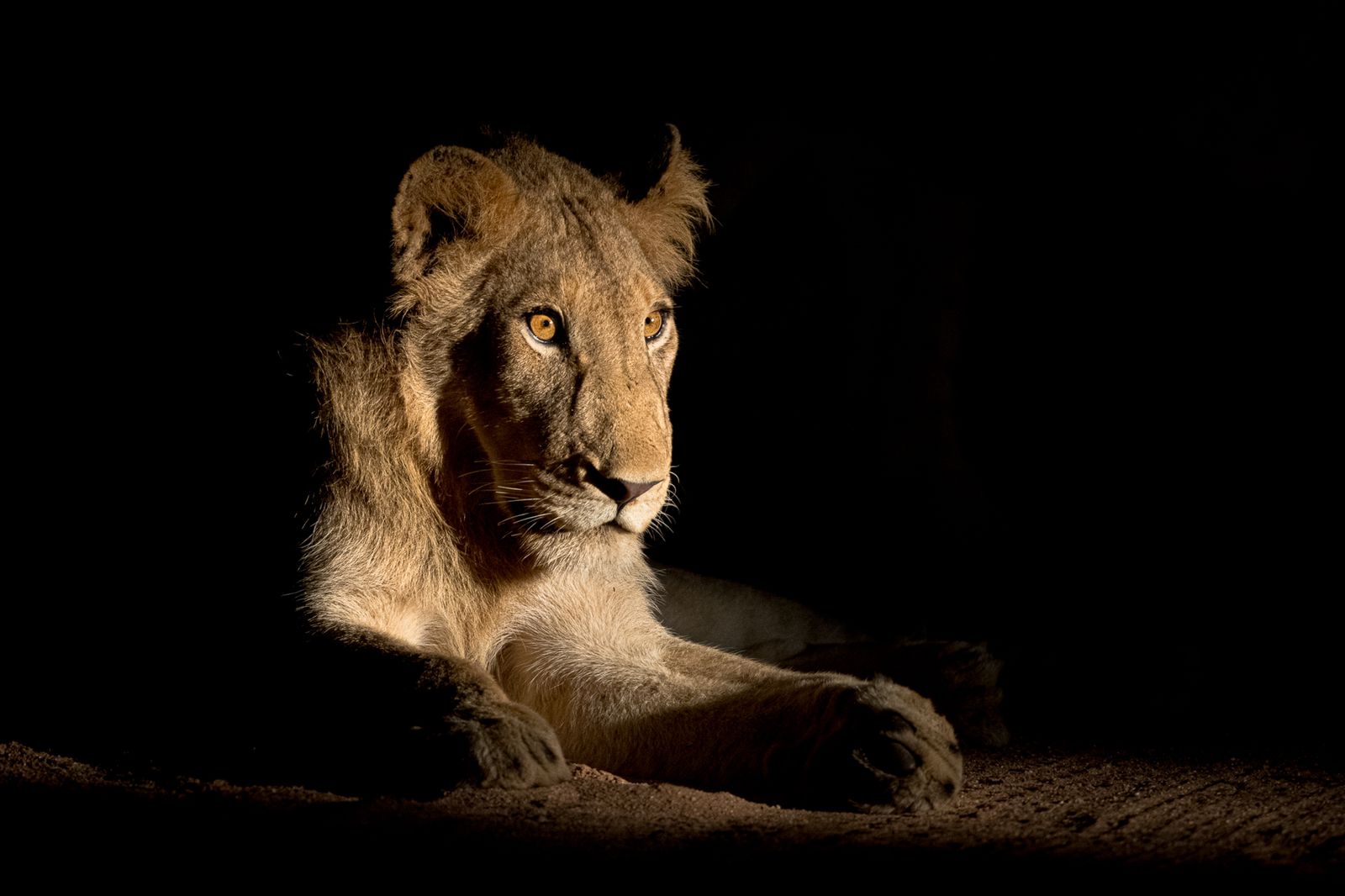 Who got The Bigger Fright at Elephant Plains in the Sabi Sand Game Reserve? …

Wow! What an amazing pleasure it is to be back in this wonderful part of the world. And after the bounteous rainfall this season, everything is lush with healthy animals everywhere.

Our first drive was almost beyond fabulous. As we started out, a very curious, very large elephant approached close to us. He was so close that we used our wide angle lenses for some superb shots. While we watched the elephant a Martial Eagle flew past, landed in a tree not too distant, and then took off again. He seemed to be very interested in a pair of jackals that were in the same area. 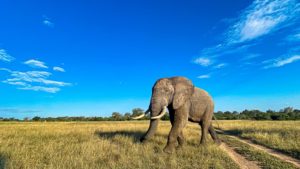 Seconds after we left the elephant, there was a magnificent white rhino on a wide open space. They seldom venture into such an open area here, and we most certainly took full advantage of the sighting.

That was all within moments of setting out on our drive. Far more sightings and surprises waited for us …

We received a call about a female leopard. We found her walking through tall, green grass. It was tricky to get good images as she moved, but she obliged us by regularly finding a termite mound from where she could survey the area, and at the same time it gave us plenty of opportunities to capture a variety of good photos.

Then came a rather startling event involving the leopard. As she made her way through the tall grass, she was invisible to a herd of Impala. But for the same reason she was equally unaware of their presence. Suddenly they spotted each other at the same time, and while the big cat took fright and fled, the impala, equally terrified, leaped and dashed off in all imaginable directions. There was chaos for those few seconds, and we were left quite bemused.

We headed back to the Lodge slowly, and took a chance on a detour to maybe find some lions that had been seen during the morning. There they were! We followed as they made their way to the airstrip close to the Lodge. There we used flashes and spotlights and even side-lighting to capture all manner of different night time shots.

That was the most perfect way to end our exciting first drive.

Our morning drive started with plenty of Plains animals. The rains have ensured abundant food, and they are certainly flourishing with Impala, kudu, and so many more species all over.

Hearing that signs of a female leopard had been spotted, we made our way to that area to help to locate its presence. We found the cat as she stood intently watching some bushbuck. Unfortunately the bushbuck saw her, alarm called, and dashed away. With that she also slunk away and was quickly obscured by some dense foliage. But it was a lovely sighting for those few minutes. 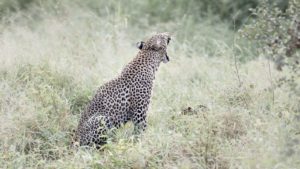 We searched for her, and then found male leopard tracks that we also followed. We drew a blank and couldn’t locate either of the cats.

On the way back to the Lodge we came across another two rhinos. They didn’t feel like a lengthy photographic session, so after giving us time to compose some really decent shots they trotted off into the bush and out of sight. 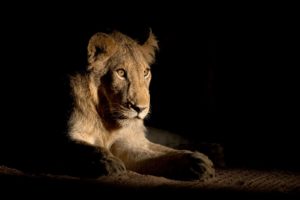 After meals and Lightroom sessions, we look forward to another rewarding afternoon drive …