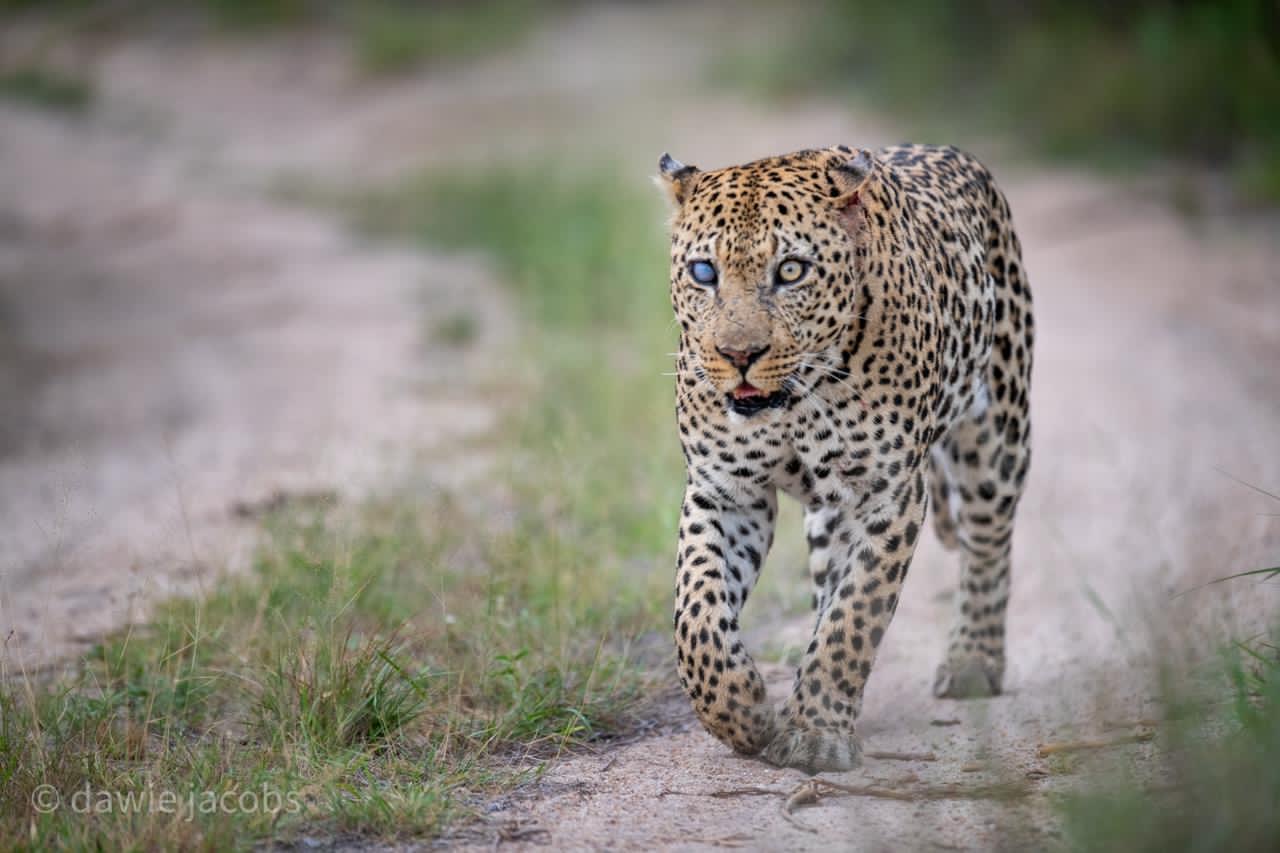 Who Challenges and Chases Hukumuri at Elephant Plains in the Sabi Sand Game Reserve? …

Having heard that another male Leopard, Hukumuri (A one-eyed leopard) had been spotted in the area our first aim was to locate him. Luck and good tracking led us directly to him on top of a termite mound. He dozed there for a while before he became active. He spotted a herd of Impala and went into stalking mode, but soon lost interest. 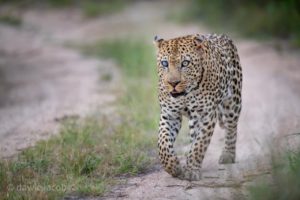 Having spent a very successful hour with Hukumuri, when we heard about Wild Dogs not too far away we elected to follow them for a while. The adults were away hunting, and we stopped with the youngsters. They were so playful, so boisterous, so full of fun and mischief as they ran and tumbled about on the road next to us. The were curious and reacted to every sight, every sound, every smell. 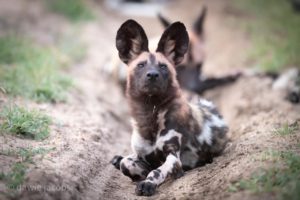 Eventually an adult called and the youngsters dashed off together in the direction of the sound. It was hard work to keep up with the furiously running pack and because it was so difficult we decided to leave the dogs and return to Hukumuri.

Our return to Hukumuri was prompted by the presence of our second vehicle and working together we would be able to use lights to create superb spotlit images.

As always we passed plenty of Plains game, elephants, and buffalo.

Back at the leopard our plan was successful, and working together we were able to photograph the busy cat as he made his way here and there through the bush. It was quite a challenge at times as he changed direction frequently, and even backtracked, and it was a very satisfied group of photographers that returned to the Lodge for dinner.

For our morning drive we had no set goal in mind. Instead, we thought it would be great to simply go out and see what tracks, animals, sounds we would discover.

Soon after we started, however, we received a call about Hukumuri. He was still around and just as we arrived at the sighting a lioness arrived, seemed most displeased with his presence, and stormed the hapless leopard who quickly took refuge in a tree.

We were able to get some decent shots of Hukumuri in the tree, and as soon as the lioness departed, he leaped down and walked very briskly away from the direction of the lioness. It was interesting to see him walking so rapidly as he tends to be a rather lazy, sedentary cat. As he walked the anxious male leopard constantly looked over his shoulder, really quite afraid that the lioness was following. We spent ages with him, but diverted occasionally to photograph giraffe, elephants, zebras, buffalo, and any other Plains game that posed for us.

We returned to the indignant lioness and found her and her cub resting together on a termite mound. 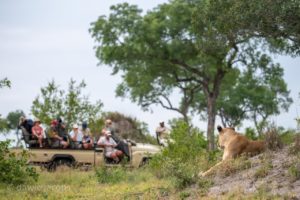 We noticed a nearby baby Impala and stopped to watch the unfolding scene. 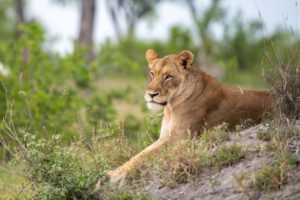 The little Impala got up, sat down, got up again, and finally started to move away. As he started to walk the lioness leaped up and started to chase from about thirty meters distant. She caught him easily and brought it back for her cub. Although sad in so many ways, it was very gratifying to see the cub get a good meal …