Where the Sea Meets the Desert … 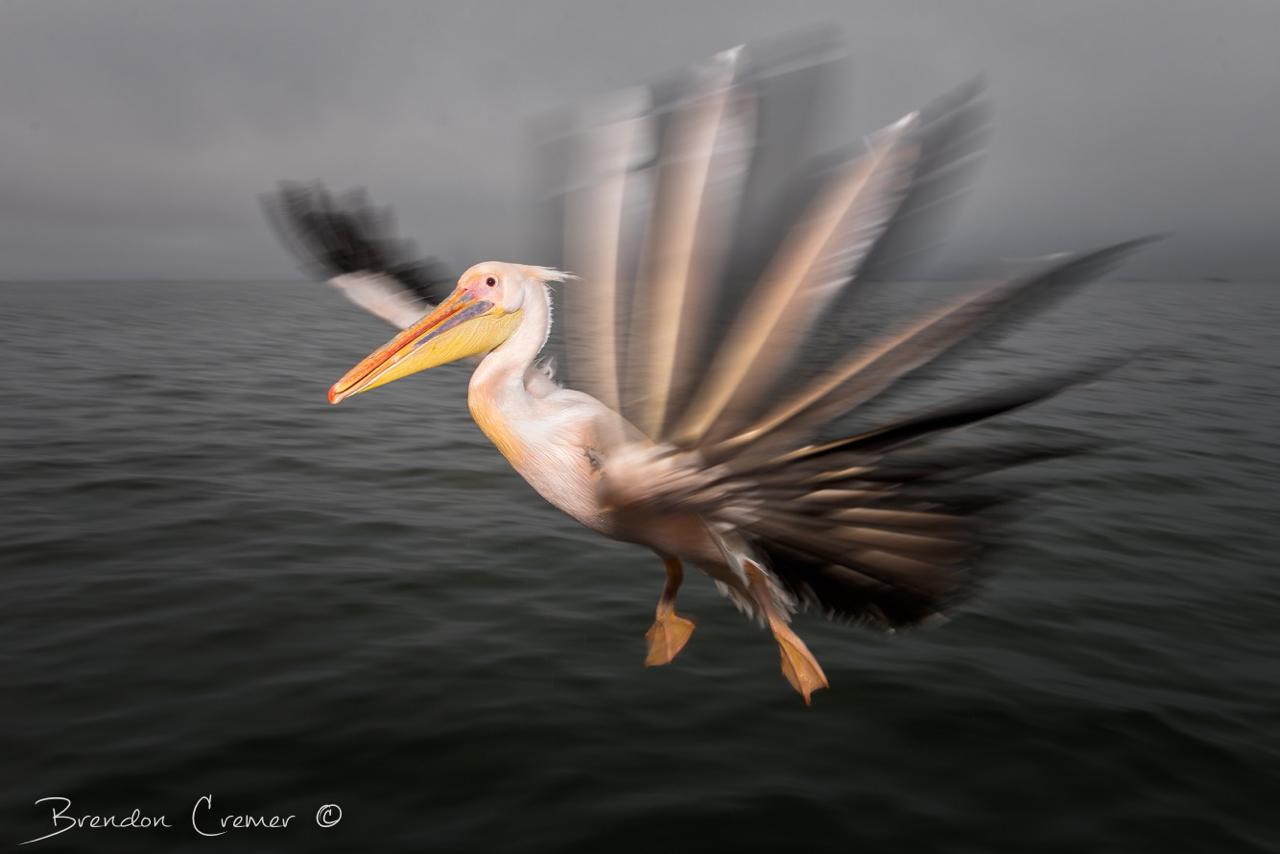 On our final morning at Sossussvlei some of our guests decided to experience a beautiful and rather thrilling two hour helicopter excursion. The light was magnificent as they took off, and conditions were perfect to see and to photograph the different wildlife species from the air. And wow! There was so much to see from that vantage point. Oryx were dotted over the dunes, Hartmann’s Zebra could be identified against that deep red colour of the sand, and were distinguishable from the Plains Zebras hat roamed close by. In addition wildebeest, and even an aardvark were photographed.

After the flight, we all packed up for our journey to Swakopmund. Having travelled this road many times we naturally enjoyed our traditional stop at Solitaire for the most delicious Apple Strudel imaginable.

We arrived at Walvis Bay in the late afternoon, and relaxed at the Strand Hotel before we met on the beach to enjoy sundowners while overlooked by a pod of Bottlenose Dolphins.

The next day we were up early and headed to The harbour where we boarded our charter boat to enjoy the marine life. Pelicans, flamingos and seals dominated, but there were plenty of gull species and other sea birds to keep our cameras busy without a break. 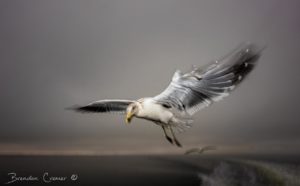 Pelicans flew past us again and again, hoping that we were a fishing vessel with the opportunity to grab a fish or two. They were quite tame and it was easy to capture many full frame shots as they investigated us. 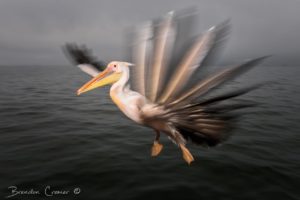 We reached Seal Point where the sight (and smell!) of thousands of seals is amazing. They were everywhere, and we watched as they sunbathed, cavorted in the waves, and created a raucous, deep throated din that vied with the incessant crash of the waves. They swam around our boat, and the youngsters popped up again and again to eye us, and to also hope that we were a clumsy fishing vessel given to conveniently dropping our catch. 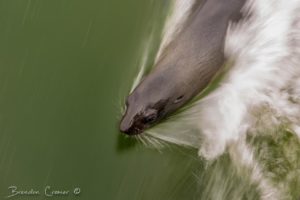 On the way back to the harbour we found a pod of Benguela Dolphins – or maybe they found us and also came to investigate. They are smaller than their Bottlenose cousins, and they, too provided us with plenty of entertainment and photographic opportunities and they swam around us, caught our bow-wave, and frolicked non-stop.

We were accompanied to the harbour by ever present Pelicans and a few gulls, so there was no chance at all to put our cameras down – there was too much action!

We had a short break during midday and then headed to the salt pans to photograph flamingos. The light was magnificent, followed by a breath-taking sunset. The flamingos flew back and forth against that incredible backdrop, or gathered together in the shallows to create a most beautiful shimmering kaleidoscope. We could not get enough of the sight, and there was an audible sigh when the sun dipped below the horizon and colour starred to disappear into the night.

Our next day was completely different. Tommy’s Tours picked us up bright and early at the hotel to take us into the desert for our encounters with the ‘Small Five’ of the Living Desert.

Our guide ensured that we saw Palmetto Geckos, Tractrac Chats, Namaqua Chameleons, a Horned Adder, and nearly a dozen different Sidewinders that were busy during the warm weather that we were lucky to experience. In addition, our guide pointed out Shovel-nosed Geckoes, and gave a description of each creature’s life and adaptations to the harsh desert. 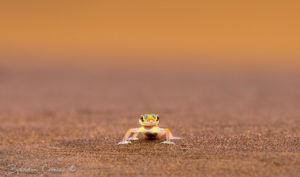 We drove deep into the dunes where the isolation and dramatic scenery had an impact on each of us. 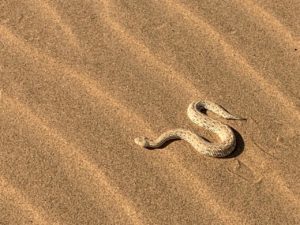 We were amazed again and again at how different creatures survived in such harsh, arid conditions. 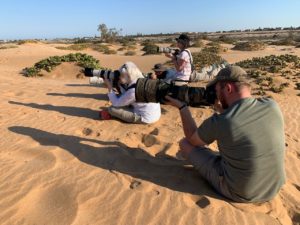 After a quick lunch we all wanted to return to the flamingos for more photography in that unbelievably beautiful setting.

After our wonderful sojourn in Walvis with such varied, unique experiences, our next stop takes us to Etosha …