What A Day – Cheetahs, Lions, Leopards … 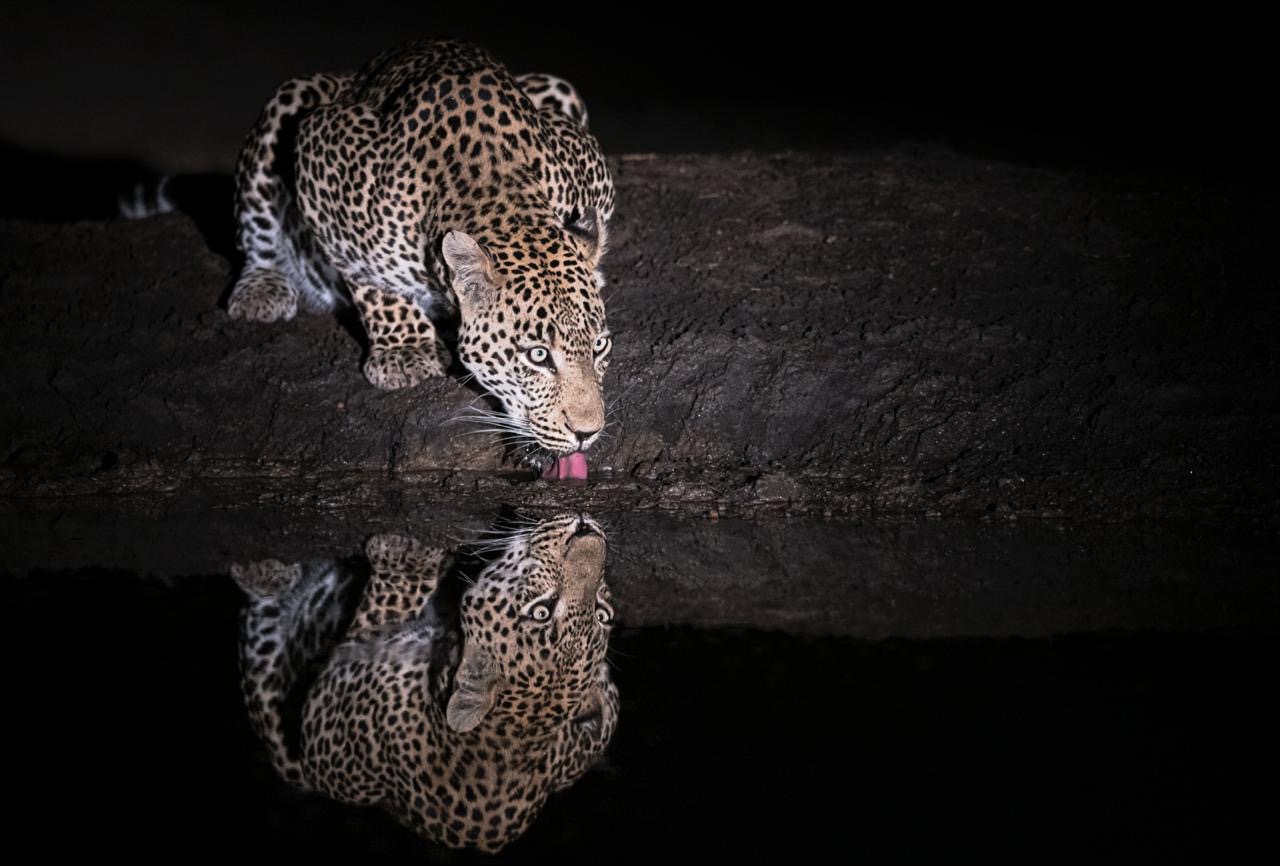 Because we know that there are resident prides of lions around here, our aim when we set out in the predawn darkness was to locate one of them. We checked the boundary into the Kruger Park to make sure that any cats in the area had not crossed over to where we could not follow them.

While driving along we saw massive herds of zebra and wildebeest in the acres and acres of open Plains. We were photographing a herd when a nearby ranger called to alert us to the possibility of two cheetahs that seemed to be heading in our direction. We decided to intercept the cheetahs. 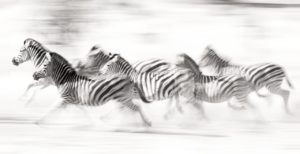 On the way to the cheetahs we passed a huge herd of buffalos, but we didn’t linger. We reached the area where we believed the cheetahs would arrive and waited. Not for long. It was just a few moments before the cheetahs arrived on cue. A mother cub with her cub moved along on the early morning light. They looked spectacular. It was such a treat to see them as they passed in and out of the dappled light. Magical is the word!

The cheetahs checked around as they progressed, looking for something to hunt. They walked, climbed termite mounds and convenient logs for a good look around. 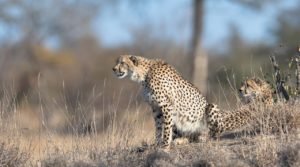 After that we returned to our earlier search area to check again for lions. We saw fresh tracks of a pride with small cubs, and hoped to see them. Although we saw plenty of other animals, including more zebra and impala, there were no cats at all. At one of the waterholes there appeared to be a mass conference of almost 400 different animals and our cameras worked overtime again.

As the light was harsh at this stage we headed back to the camp for our midday break.

For our afternoon drive we first wanted to check the boundary for lions again, but or guide insisted that he knew where to find a male leopard. We passed plenty of Plains animals again, and then reached the area where our guide soon spotted the leopard. On closer inspection we noticed that the leopard was not only tiny, it was a young female. So instead of a male, we had found a female, – we assumed that our guide had been mistaken. But we were wrong.

The young leopard ignored us and gazed continuously and very intently away in one direction. She even ignored the buffalo that were a few short meters away. She could definitely see something, but what? We concluded that it was the male and started to loop around in an attempt to find him. Success! We found him in minutes if not within a few seconds. He was relaxing in longish grass, so we concentrated on the female instead. 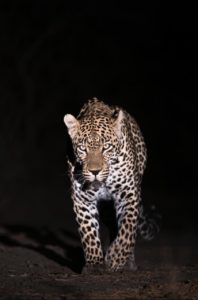 The buffalo meanwhile drew too close for comfort on their way to a drink and the female leopard got up and headed away discreetly. She moved in the open across the dam wall, so after photographing her we waited at the dam to watch the buffalos. They wallowed, walked into the water, drank, splashed, created a huge dust cloud, and altogether created an amazing scene. With the setting sun shimmering through the dust and filtered through the leaves it looked breathtakingly beautiful.

We headed back to the male, and found him asleep. As the late afternoon gave way to nightfall he woke up and went to the waterhole. We positioned ourselves ideally to photograph him with his reflection as it created a perfect mirror image. The buffalo activities had created a number of small pools along the edge of the dam, and the leopard drank from one of the pools created by a hoof, leaving the mirror image crystal clear and without the smallest ripple of distortion. 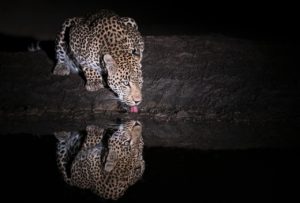 The leopard then headed back in the direction of the Kruger National Park. We followed and then suddenly the still night air was shattered by the sound of lions calling very close by. We switched off our vehicle and sat quietly in the inky night. The moment he heard the lions, the leopard changed his demeanour and slunk away into a thicket.

We scanned the area and found a hyena less than 100 meters away. He was very nervous and we saw why when a young male lion charged through the bush with the sound of other lions close behind. The young male was being pursued by the other larger males. The lions were not relaxed, pumped full of adrenaline, and as our presence was clearly not welcome, we left them and returned to the camp. We would like to pick up their trail again in the morning …