We Find Hosana, a Leopard with a Worldwide Following … 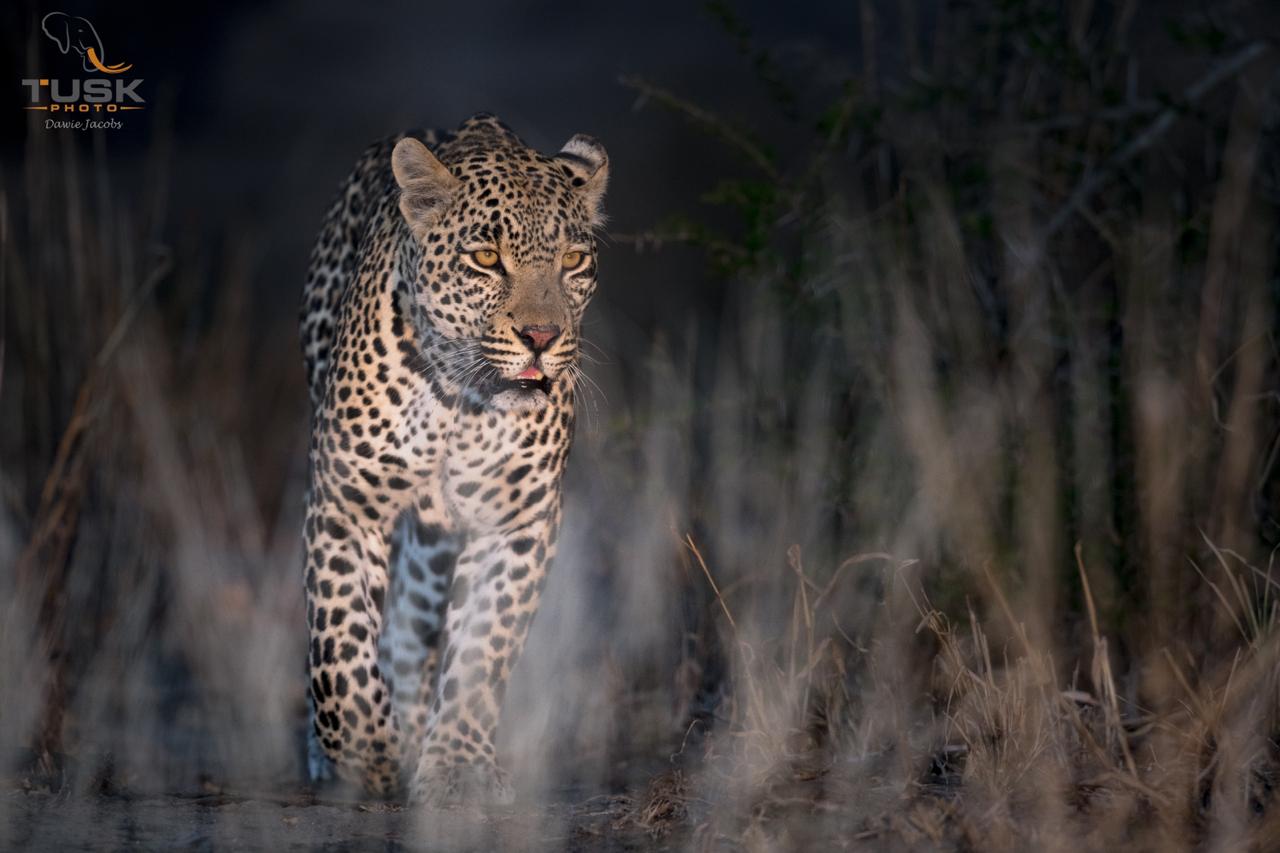 We searched for leopard tracks as we left the Lodge and followed them, but soon we found not a leopard, but two lions.

We decided to follow them instead. On the way we stopped briefly to photograph a rhino as he headed to water for a drink.

We were worried that the lions would stop moving around as the day warmed up and stuck with them while they were still active. To return later would probably be futile from a photographic point of view.

When we caught up with the pride they were lying around, and already not very active although the sun was not fully risen. We used spotlights and did manage to get some good shots as they settled down for a lazy day. 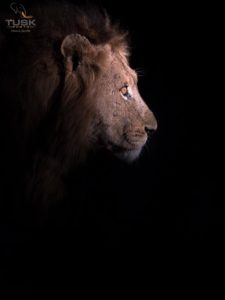 After that encounter we looped around, hoping to see leopard. Although there were zebras, giraffe, and rutting impalas, there was no sign of a leopard. As it is rutting season the impalas are really at it. The clash of horns, head banging and continual male challenges really presents a spectacle and we stopped many times to watch the fearsome duels.

During our break back at the Lodge we heard that a very famous leopard named Hosana was in the area so naturally as soon as we set out for our afternoon drive, we had one aim in mind – to find this leopard that has a worldwide following. 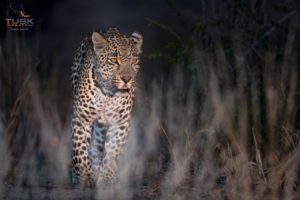 Soon after we left the Lodge spotted his tracks and our excitement increased. It was almost like going after a celebrity! We saw a rhino again but didn’t stop for longer than a moment because were keen to find Hosana. Then we heard squirrels alarm calling very close by. Excitement increased even more and we dashed to the sound – and there was one of the male lions that we spotted early in the morning. He strolled down the road and again we didn’t spend too much time with him. We were single-minded in our quest!

A call came through on the radio. What had they found? Ahhh good – the report was about a leopard. Yes! We thought. Hosana! We dashed there and found a beautiful young female that we have not seen before. We sat with her for a while, and were thinking of leaving and just then one of our safari guests said that he had glimpsed another leopard. We looked around, searched, scanned every bush and leaf, but no, nothing! And then suddenly a male leopard walked up – he appeared as if by magic in full view. Hosana! At last! Everyone was beyond excited and delighted. We managed superb images as he stared at the female. But the female was not keen on his male presence and she bolted away. Hosana went after her, simply keen to see who she was. He followed her for ages, until eventually he decided to rest near a riverbed.

As we sat there photographing the resting leopard we received a call from a nearby ranger to report a second male leopard heading directly to this spot. Just before he arrived he paused on top of a termite mound that gave us opportunities for very clear images. Then he started to move directly to the younger male. We waited in anticipation. To our surprise they had a minor standoff, but even more surprising, the older male showed no real signs of aggression. The younger male was quite submissive, and then ran into the bush.

We followed the younger male, taking fabulous photos as we progressed until it was time to return to the Lodge.