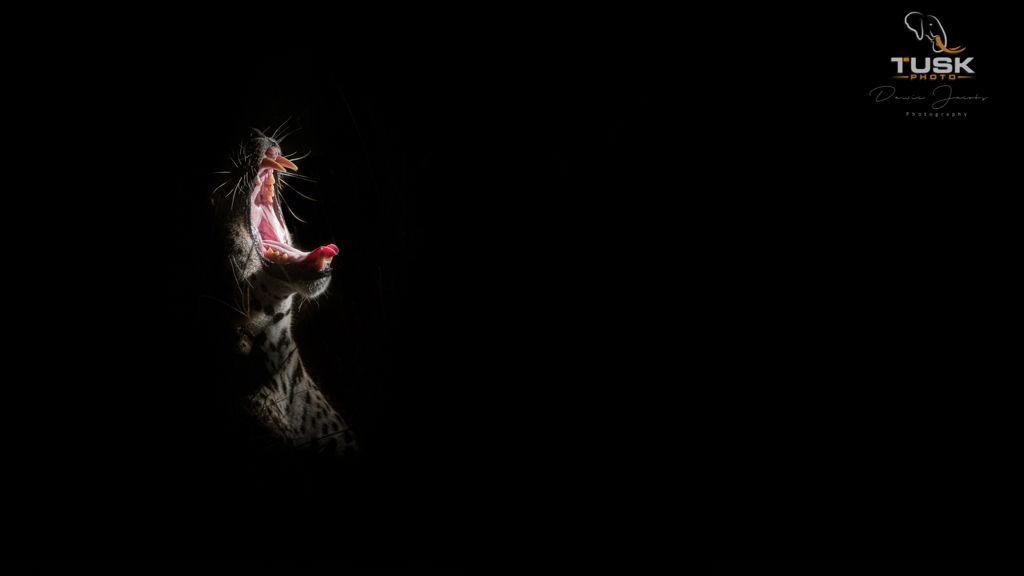 Dawie Shares his Notes and Photographs during the Elephant Plains Photo Safari:

When we checked on the leopard with the kill she had finished the kill and had no reason to remain around there.

We moved on and enjoyed the many sightings of elephants and different Plains game.

A welcome alert about a male leopard arrived and we hurried over to see if we could catch up with him as well. Busily patrolling and scent – marking in the dark, he gave us ongoing opportunities for spot-lit photos. He arrived at a lovely open, unobscured spot and there he decided to rest for a while. That was when our creativity was able to be totally expressed. We used both vehicles to create a variety of lighting effects such as side-lighting, with some dramatic, awesome results. After quite a while the leopard melted away into the darkness as he entered a thick, bushy area. 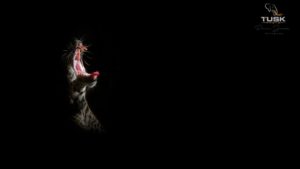 Our morning drive started out very peacefully, which meant that we could really enjoy the glorious colours of the dawn, and soak up the serene atmosphere.

The call that interrupted this quiet time informed us about a leopard at the elephant carcass. Well, we thought, that is going to be a challenge. After so many days the stench could be quite overpowering.

But it was worth it. A female leopard tried again and again to creep up to the carcass, but hyenas had placed themselves as guards, and each time she tried to approach the hyenas chased her away. She fled to the safety of a tree, from where she gazed down at the hyenas feeding noisily and guarding their prize. 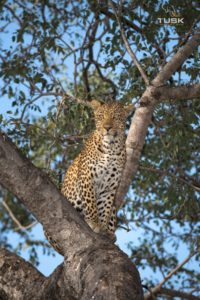 But again and again, when she decided to take a chance and approach stealthily, the hyenas chased her back to her safe, lofty perch. 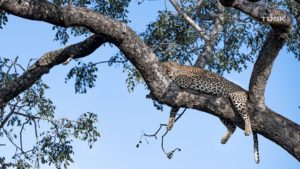 We had to leave the very interactive scene as guests were departing, and a new group would be arriving, ready for news of our experiences, and hoping for a similar, amazing time with memories galore …