Up Close with A Puff Adder … 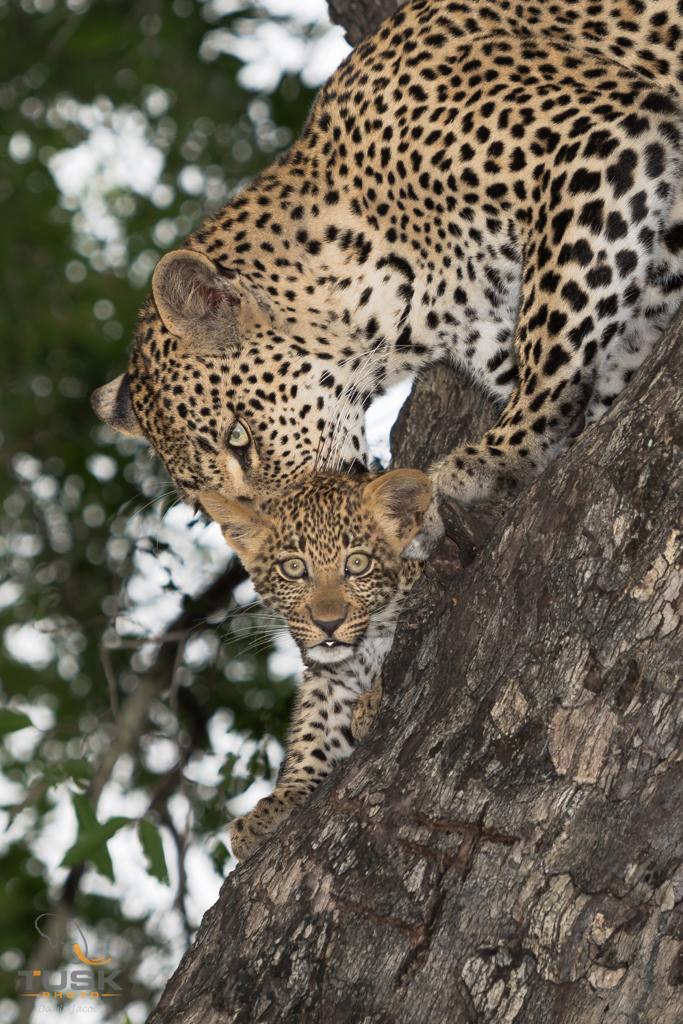 When we set out for our early morning game drive our first intention was to return to the mating leopard couple. We found them and as they were in full view on a sandy patch in a riverbed, we spent more that an hour and a half with them.

When the two moved into a thicket we moved back towards the Lodge area. As we meandered around we photographed different Plains animals including kudu, impala, and also some hyenas that were very interested in the mating leopards.

We found tracks of the mother leopard with the single cub, and decided to enjoy a quick coffee break before we followed the tracks. Our (very welcome) break meant that another group found the leopards before we did, but we caught up with them soon after. The two leopards played boisterously in a dry river bed and again our memory cards filled quickly as the two jumped onto each other, rolled in the sand, leaped around, and seemed to have endless energy. 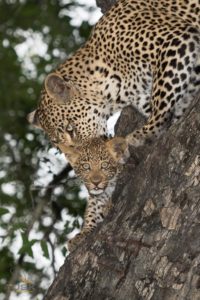 After Lightroom tuition back at the Lodge we headed out again. We found the leopard youngster sleeping peacefully on tree branch, out of reach of danger from the ground. Because the mother was not around we left the cub to sleep undisturbed.

We tried to find the other leopard family – the mother with two cubs. Very little was left of their kill, and although we searched the area thoroughly we could only see the mother. The two cubs were out of sight.

We found a herd of elephants, and after some bird photography that included a Wahlberg’s Eagle, our Ranger (Darren) pointed out a Puff Adder. He did a demonstration for us and we were able to photograph the reptile up close. Hearing that the lions had been spotted again we headed to them, and spent the remainder of the afternoon and evening with them – until it was time to return to the Lodge.