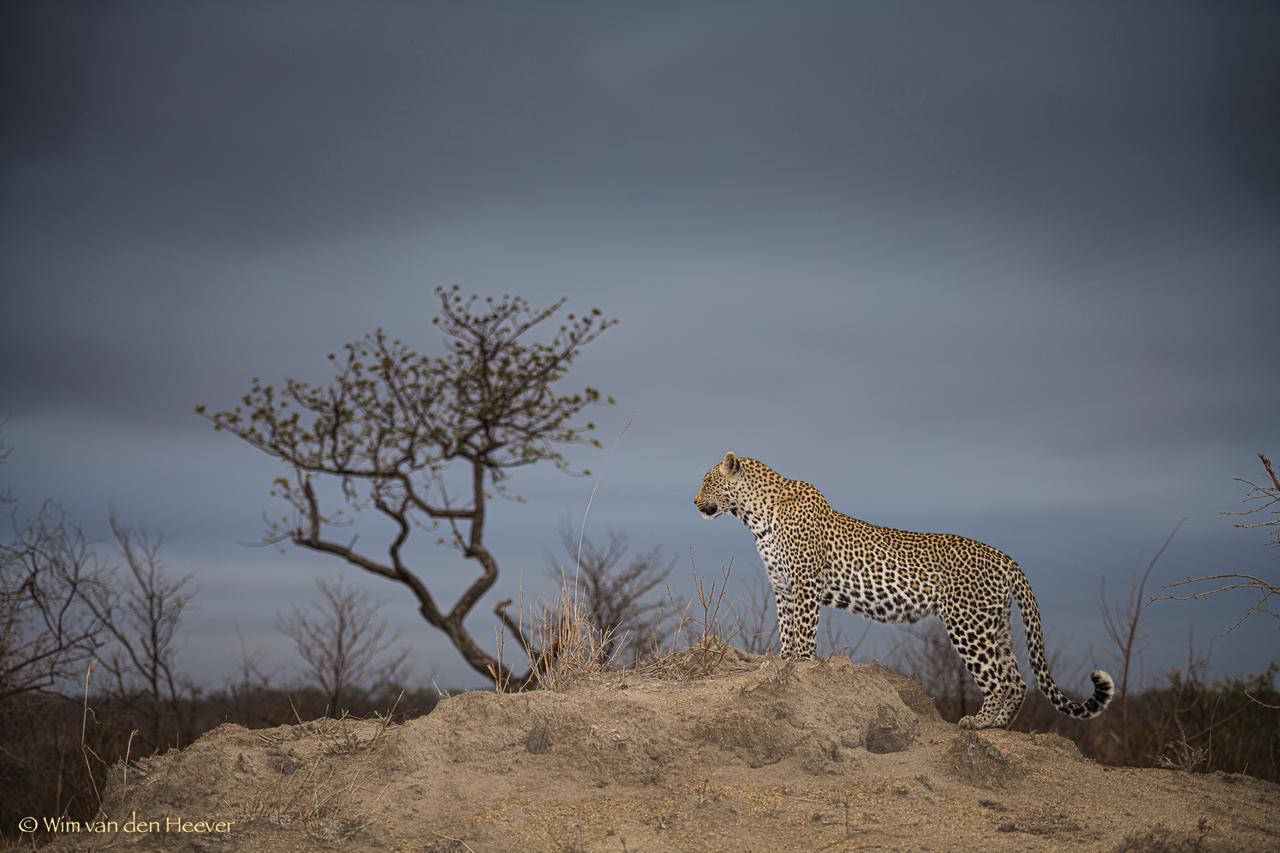 Whew! The day dawned overcast and a little cooler than the sweltering heat we had experienced.

We found Tiyane and her cub soon after we left the Lodge. They were about 100 meters from the camp, and as we arrived the two leopards appeared, on their way for an early drink at the waterhole. After their drink the two started a rough and tumble game with plenty of rolling small chases and rubs. It appeared that Tiyane had fetched the cub to take it to a kill because they set off clearly heading for a particular spot. We followed the two cats across open and bushy areas as they played. The cub particularly enjoyed lurking in grass or behind a bush, followed by a run and a leap onto mom. The interaction between the two was really wonderful to watch and we were a little disappointed when they disappeared into thick bush. But no complaints! We had spent a magical time with them. 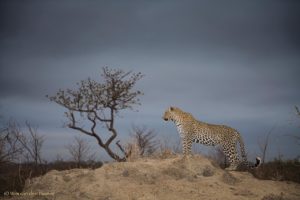 As we moved away we heard birds alarm calling very close by. It was a Black Mamba! The rangers quickly found this dangerous snake, and we approached to see the reptile. We stopped to photograph the Mamba and just then birds started alarm calling again. This time they were only about fifty meters from us, and we immediately went to investigate. Darren, our ranger, said that it was probably another snake. The birds were creating quite a fuss, and Darren was correct. A massive three meter long Black Mamba caused quite a stir. Darren, being an expert in this species of snake, grabbed it so that he could demonstrate and give us some interesting educational facts. 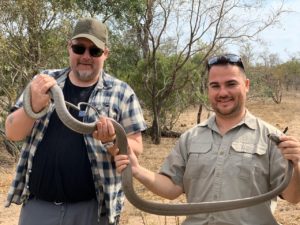 Other lodges sent their guests to come and see the elusive, dangerous, and very fast reptile. Getting that close with a positive interaction was very valuable and is a memory we will have for ages. 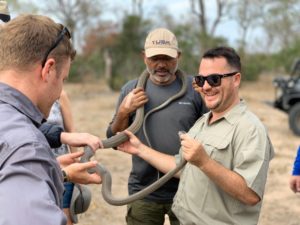 The afternoon was also much cooler, and we drove around to photograph plenty of general game until we found another leopard with her kill. She was in a thicket, but soon both she and the cub emerged to sprawl on a termite mound. 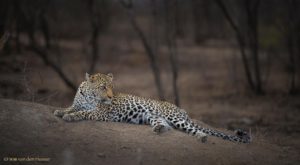 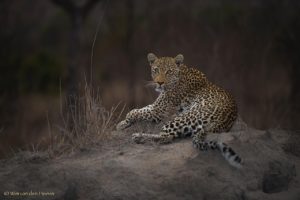 As it was quite late and time for us to return to the Lodge we didn’t wait for long – and pre-dinner drinks and a wonderful meal in the boma under the stars awaited us.