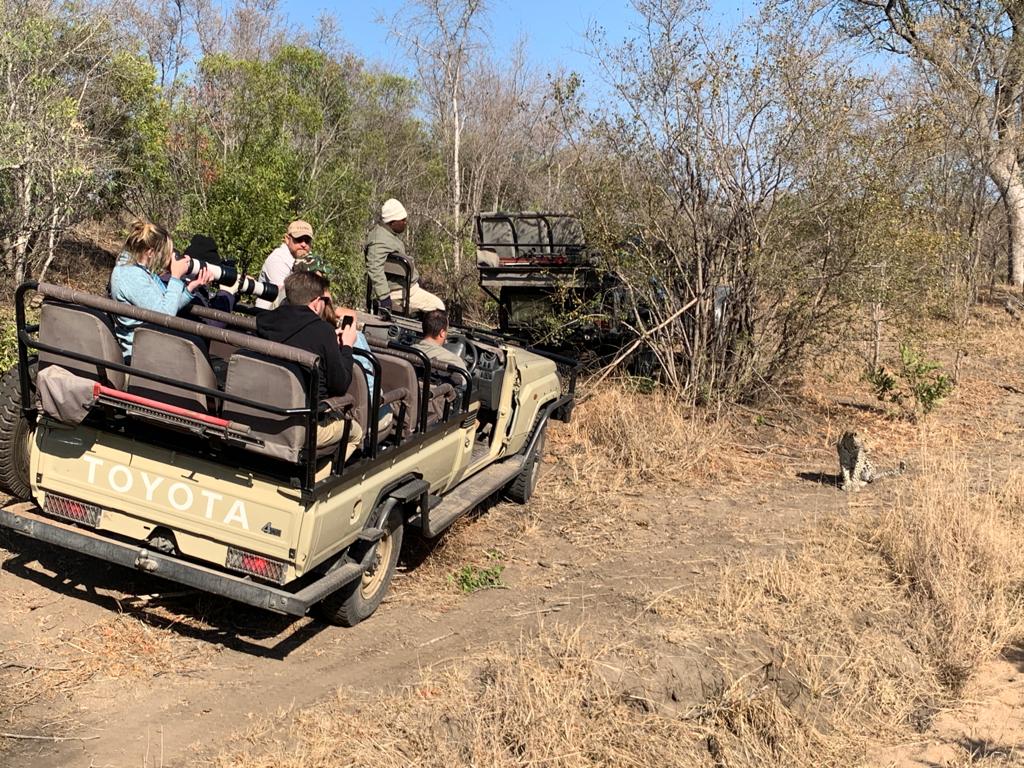 We set out early to find the leopard with her cub. Her tracks were everywhere, crisscrossing, leading us in different directions – but not to her. She remained elusive.

During our search we received a message from a nearby vehicle to inform us that they had just spotted a different female leopard. Ahhh, she was beautiful. She sprawled on top of a termite mound, and in the early morning light she looked fabulous. The clear sky behind her complemented the setting, and when she moved to a different termite mound she was in position for a variety of photographic techniques. The high key images turned out particularly well. Once again the leopard and the setting were so good that no-one wanted to leave. 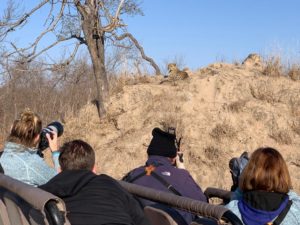 When we eventually left the leopard we found another female leopard and quickly went to see her. Uh oh! Problems! She has a huge gaping gash on the side of her body. She must have had quite a brutal encounter with a lion, another leopard, maybe a warthog? We don’t know, but she has this massive wound that stretches from her leg onto her belly. It looks extremely painful, and she moved with some difficulty.

Our afternoon game drive started with a search for one of the male leopards but when we could not find tracks or signs that he was around we decided to check back on the injured leopard.

On the way we bumped into a different male leopard. He was on a mission, tracking either another male leopard or maybe it was a female that had his attention. We followed him as he made his way through very dense vegetation, and when he disappeared into an area where our vehicle could not follow we continued on our way to the injured leopard. 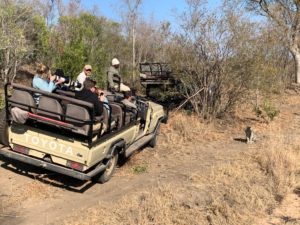 The unfortunate cat was lying quietly, reluctant to move. We remained with her for a while, and as it was really late and time to leave we wished her well and returned to the Lodge – and maybe we will check on her again in the morning …