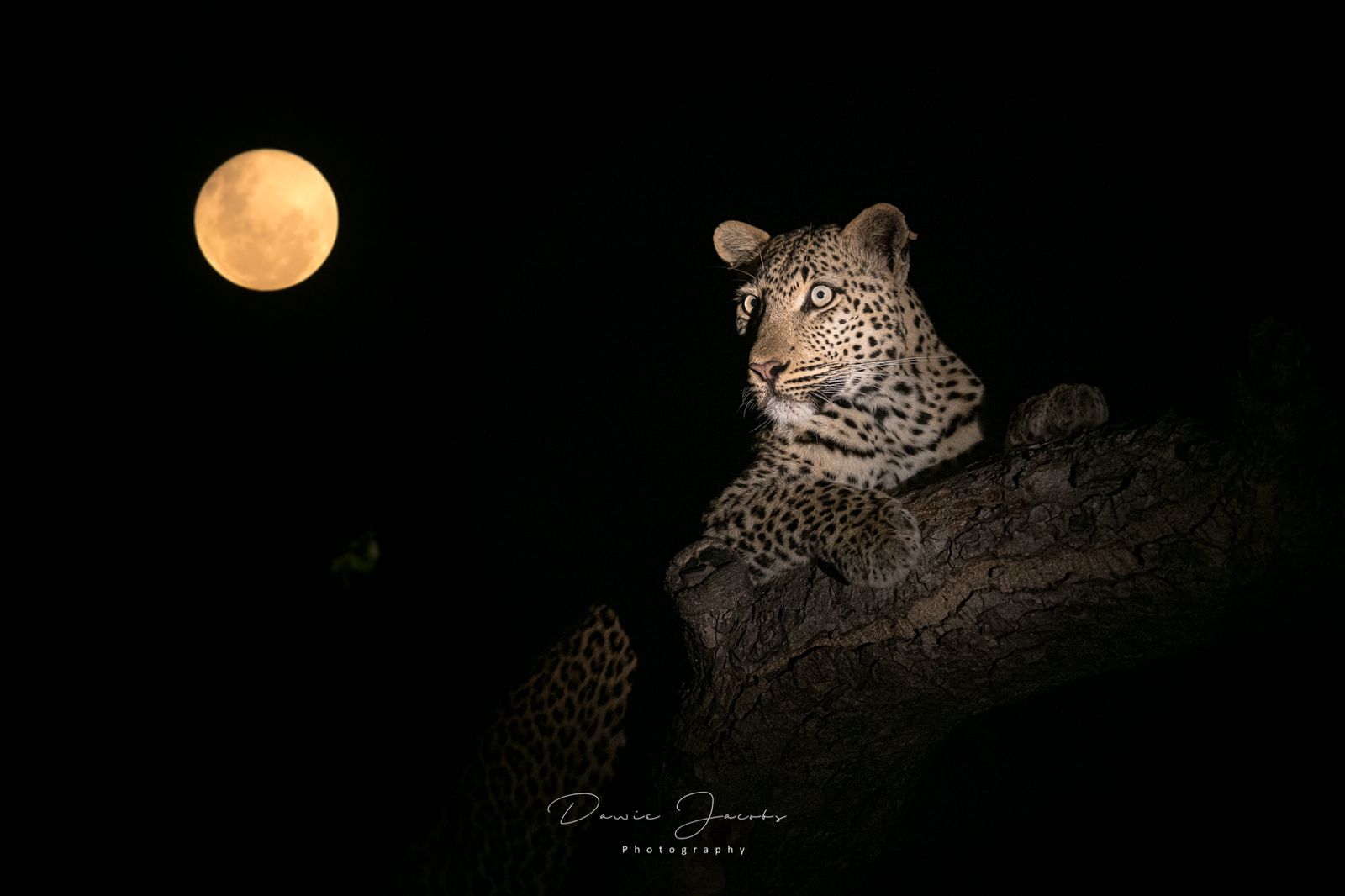 The new Tusk Safari group arrived and after the usual introductions, meal, and briefing, we were more than ready to see what we could find in the bush.

There was great excitement when our first sighting was of a herd of elephants with two really tiny babies. They were so cute, and it was sweet to see them playing together. So many oohs and aahs echoed as the two stumbled around clumsily, and practiced using their trunks. Larger elephants enjoyed the water. 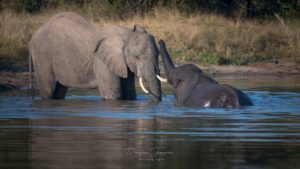 Being our first drive with this group we did stop a few times to photograph Plains game like kudu, wildebeest, impala and zebra. We didn’t linger for too long because we knew that there was a possibility of a leopard sighting.

We found the tracks of the female leopard we had seen during the morning drive, and followed these across the dam wall. We looped around and around, and to our surprise we found a totally different leopard, Xidulu. It was still fairly early in the afternoon, quite warm and not near sunset, so we didn’t expect her to do much. But she surprised us again. She walked along the road, where she allowed us to take numerous shots. After a very a cursory glance the cat totally ignored our presence. She found a cool resting spot in long grass and that was where we left her. 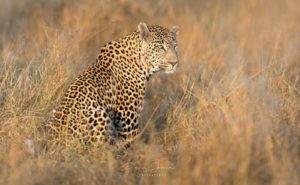 A report about another leopard somewhat to the north meant that we travelled in that direction, but had no luck there, so we turned back to see if Xidulu was thinking about becoming more active.

While we sat with Xidulu we could hear constant impala alarm calls not far towards the east. And every now an again a leopard called. We were very lucky when another vehicle very close to us bumped into a male leopard, Milwati. We photographed him as he made his way slowly towards Xidulu. Suddenly she became aware of his approach and was gone in seconds. Meanwhile the male continued to make his way along. He stared into trees as he went to check if Xidulu had maybe left a kill that he could enjoy.

Then our second vehicle reported yet another leopard! Our arrival at the scene coincided with hyenas that arrived at the same time chased the leopard up into a tree. She rested there with the moon behind her. The setting and her position in the tree could not have been more perfect, giving us ages to get a variety of awesome images, using a variety of techniques. 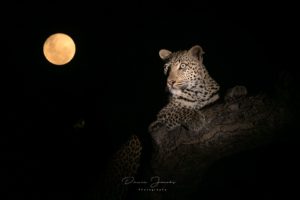 Whew! After that amazing first drive with the group we wondered what our morning safari would deliver … well, well, well!

The morning started again with a variety of Plains animals and hyena. We helped another group to track a leopard and just as they spotted a leopard that turned out to be Tortoise Pan we spotted a different male, Tingana. The two males were heading directly towards each other. 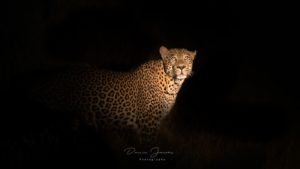 As he walked along Tingana was really very interested in Tortoise Pan. He watched him and stared intently, alert to every move. It was special to watch the two male cats so close together, and especially Tingana’s reaction. We followed the two, but after a while Tingana disappeared into a drainage line and moments later Tortoise Pan was out of sight.

After that intense encounter we stopped a dam for coffee, hoping that maybe the two male leopards would appear there. But no, not this time!

We were beyond thrilled as we made our way back to the Lodge – and then we found Xidulu again. She walked along and crossed into a neighbouring property so we returned for breakfast and photo editing …