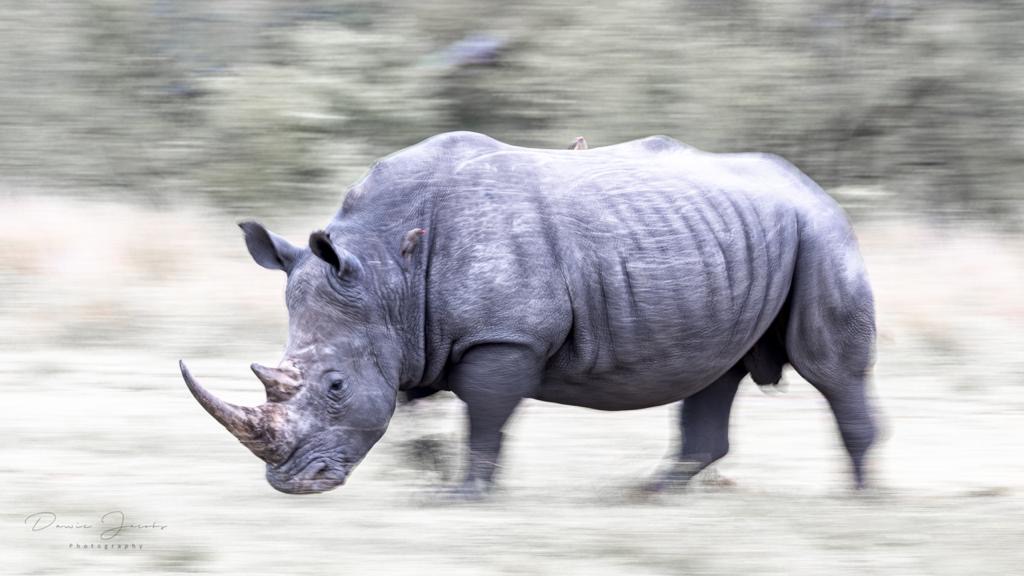 For a change our afternoon drive was peaceful with a total lack of cats. The reason was the rainy weather that meant that predators were sheltering out of sight. However, this gave us an excellent opportunity to concentrate on the numerous Plains species that call the Sabi Sand Reserve their home.

A male White Rhino strutted around, scent-marking as he walked across an open area, giving us uninterrupted views. We were even able to capture panning shots as the huge animal lumbered along. 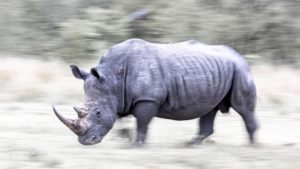 With the poor weather we concentrated on imaginative photography, and had success with panning shots of running Impala.

Back at the Lodge we found a hyena inside the camp and being photographers our cameras came out yet again.

The next morning our game drive turned out very differently. Our two TuskPhoto groups split up to cover more territory and to alert each other of anything interesting.

We quickly found a few young hyenas in an open area. They were very curious and scrutinised us with as much interest as we viewed them. 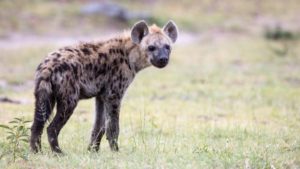 Very soon after seeing the hyenas we found male leopard tracks. We followed these and after a short search we came across the leopard next to a tree. He lounged on the ground for a while before he climbed up into the tree. He settled on a branch for a while, but decided to come down again and go for a walk. We remained with him as he moved along. He scent-marked, sniffed the foliage, and then went into a thicket where we eventually lost sight of him. 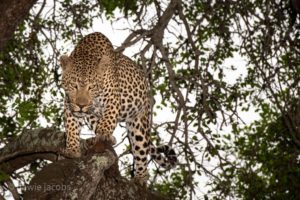 We joined another sighting where Tiyane, a female leopard was hunting. It was special to see this ‘grande dame’ again. She was looking lean, was clearly hungry, and was searching for prey in earnest.

On the way back to the Lodge we stopped to photograph elephants – the final sighting for the current safari group. At the Lodge in time to greet the new arrivals as they arrived in time for lunch …