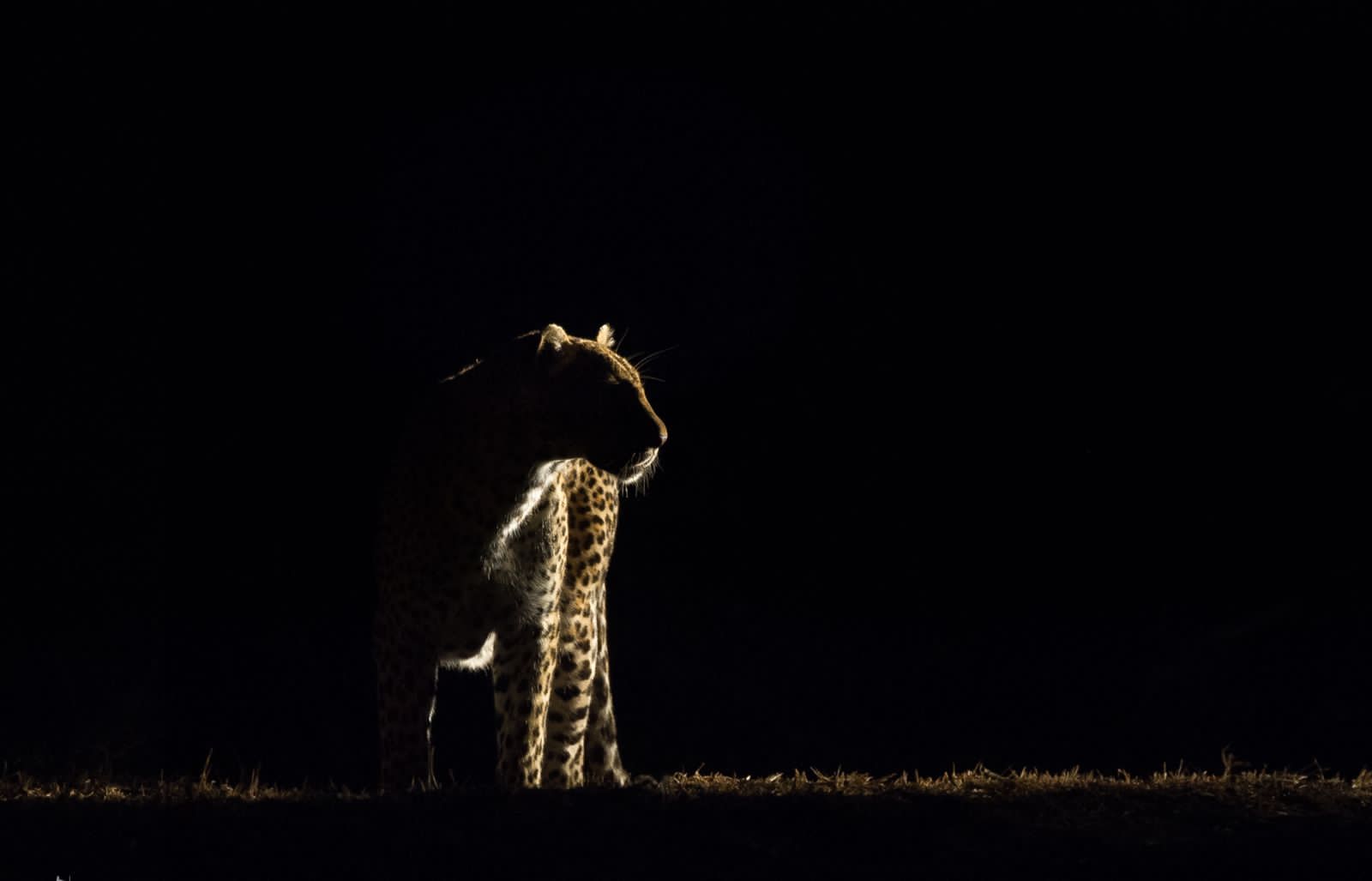 The time came far too quickly for the final afternoon game drive for Group 1. On everyone’s mind was to locate the female leopard again. After some tracking, there she lay, dozing in a rather obscured spot. Although it was great to see Xidulu again, we elected to move on.

A huge herd of elephants enjoyed their splashing activities at a dam next to an open area. There was so much activity and we were kept busy for ages as they swam, splashed, drank, and playfully shoved one another. It was tremendous fun to watch again! 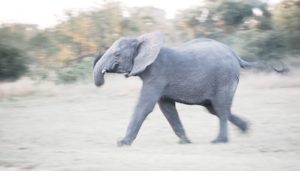 After a rewarding time with the elephants we returned to the leopard, and found her with some better visibility. She was restless, groomed herself and it seemed that as it was late evening she would soon be awake and wandering around.

We took a quick drive to check on other animals in the vicinity, and when we returned to Xidulu she was indeed up and strolling down the road. Now we had perfect conditions for superb photography. The cat arrived at a small mud wallow where she stopped for a drink. Photography in the night was excellent. The leopard moved on, and when she spied some impala she started to stalk them. Then a hyena arrived and spooked her. She slunk away into the night. However, our amazing trackers were able to find her quickly again. She walked along through the bush until she found a suitable termite mound. And there we could photograph her with multidirectional lights – with a vehicle positioned on either side of the posing cat. Many of the guests were able to try side lighting and rim lighting for the first time. 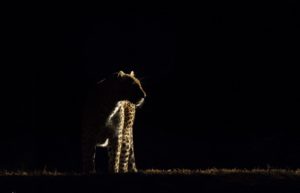 Back at the Lodge we enjoyed our starlit dinner, before tumbling into bed.

For our final morning drive, we returned again to where we had seen Xidulu. There we picked up tracks, but they did not look like Xidulu’s prints. Are enough, we found a different female leopard in a thick bushy area near a dam. When she wandered into the undergrowth we waited at the dam.

We had spotted a cheetah briefly but it was very nervous and disappeared.

Our patience at the dam was rewarded when a herd of about fifty elephants arrived for their morning fun in the water, ablutions and drink. The scene was chaotic again as they enjoyed themselves thoroughly.

We found the leopard again as she moved along the dam edge. 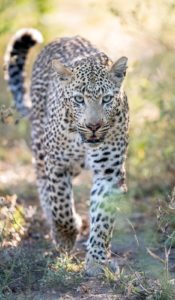