The Tiniest Leopard Cubs I Have Seen … 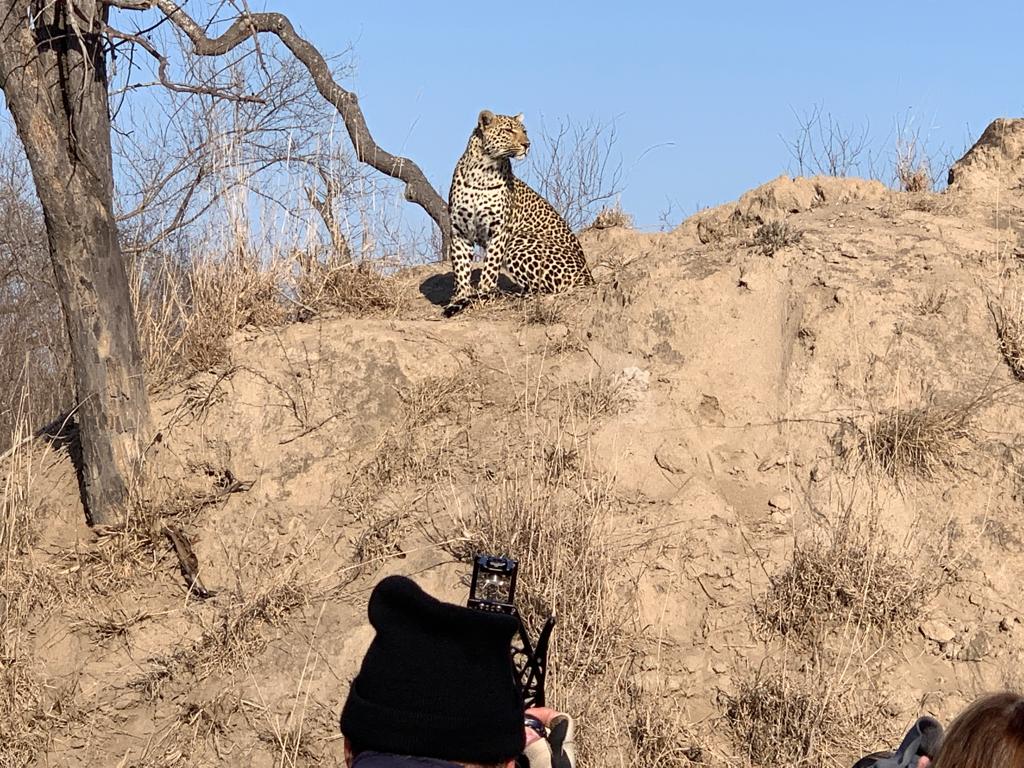 The weather changed very dramatically from extreme heat to really cold when a sudden cold front arrived here at Sabi Sand. But nonetheless we were out before dawn, and almost immediately we found lion tracks that we started to follow. They led us all over and then just as some members of the pride crossed to a neighbouring reserve we caught up with two large males. They lagged behind the remainder of the pride and appeared rather tired. They had walked a very long distance, judging by those endless tracks, and they were not keen to go even a step further. So it was great for safari guests on their final game drive to spend time with those big, handsome, strong cats.

On the way back to the Lodge we received a report that the female leopard and her cub were back at their haunt close to the camp. As we were out of time we didn’t actually try to locate them, but knowing where they were we earmarked the area for our afternoon drive.

The new Tusk Safari guests arrived, and were understandably very anxious to get going on their first safari as soon as possible. 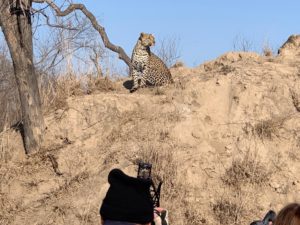 Of course we took the guests straight to the leopard and her cub, and spent most of our time with them. The group members were delighted to have such clear views of the leopard and were reluctant to leave them even for a moment. 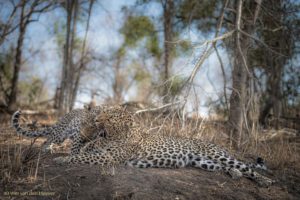 Our second vehicle headed towards the area where we had seen the other female leopard a few days back – the one that true to her name enjoys climbing and posing on termite mounds. On the way we received a call about yet another leopard and we all decided to visit that area in the east of the reserve. We found that leopard and although we could see her clearly, she was very fat and full. She had clearly eaten during the morning and was sleeping off her very heavy meal. She didn’t even look up when we arrived, so we left her to sleep peacefully.

But we found that we were very close to a third female leopard – well, fourth if you count the cub close to the Lodge. So a third leopard sighting then. The cat were went to check on has small cubs, and we were off to find her. We found the female with two teeny, still quite black balls of fluff that were suckling when we arrived. Only the little heads looked spotted – and those tiny heads appeared not much larger than the spots on mom’s fur. The little ones are certainly the smallest cubs I have ever seen. We didn’t hang around there too long because we did not want to put pressure on the mother and her little babies. 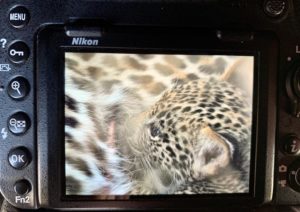 We took a slow meandering route back to the Lodge, everyone thrilled with the sightings they had enjoyed on their first drive, and feeling very privileged to have seen those leopards and the tiny cubs. Hopefully our luck will hold tomorrow …