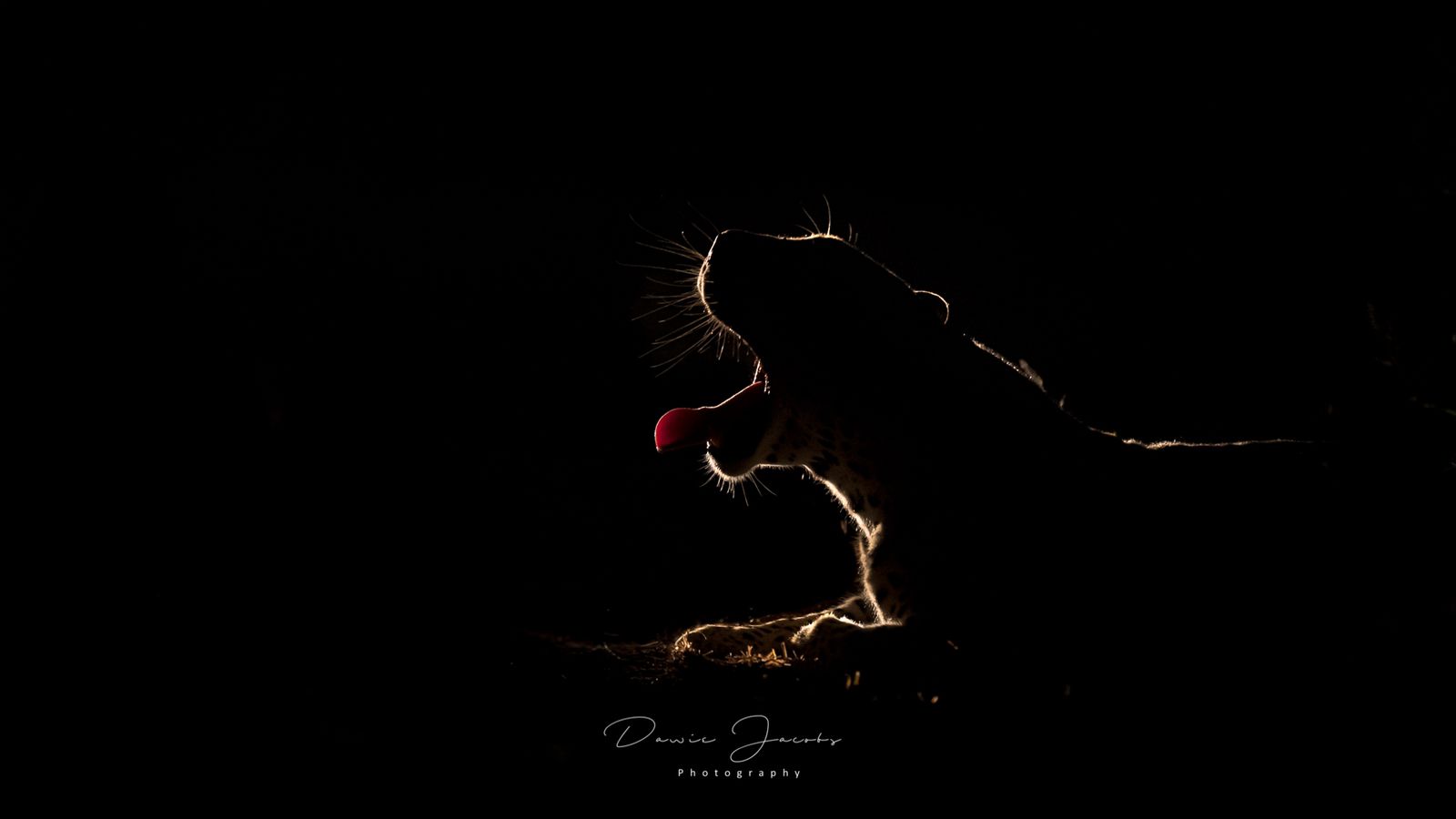 We thought it would be interesting to see if we could find the two male leopards again. There were tracks that led us directly to one of the males, heading steadfastly to a dam. At first he was not in an ideal photographic spot, although we did manage a few decent images, but we decided to wait in case he moved. Just as well! Having decided that the road area was easier to walk along he then rested on the road in beautiful evening light for a while. Feeling energised again he strolled further along the road, with plenty of walk-bys to fill our cameras. 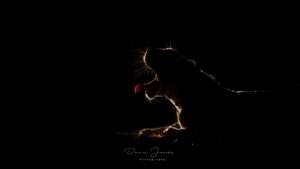 After spending two hours with the leopard we realised that time was up and we should return to the Lodge. We stopped once only to photograph a chameleon.

Our two groups split up for the start of the early morning drive in order to cover more territory. One vehicle headed to the hyena den where drag marks led directly towards the den. A hyena clan was fairly close to the den site, but there was no further activity in the area. A call alerted us about a sighting of Tortoise Pan leopard. He was miles from where we had left him and one of our vehicles went to check.

Meanwhile we decided to follow the drag marks. Suddenly there was an almighty commotion! Elephants nearby were really in a state! The frenzied trumpeting and bellowing shook the air. We dashed there and found the herd chasing a pack of Wild Dogs. The interaction was spellbinding.

The Wild Dogs hunted in the gorgeous early morning golden light, and when hyenas appeared on the scene, there was even more drama as the two species sized each other up, glared and snarled! 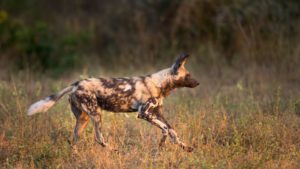 After everything calmed down and the dogs decided to rest for the day, we left to visit Tortoise Pan. Unfortunately he was in a really thick bushy area and seemed disinclined to continue any type of show for us.

Instead we went towards a report of a nearby female leopard. She was on top of a large granite boulder, perfectly positioned like a model for photography. While we watched she started to hunt a lizard that braved joining her on the rock. We only left her when she abandoned her vantage point on the rock and disappeared into the undergrowth. 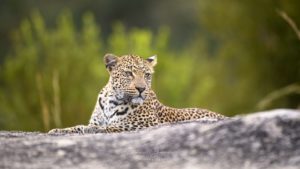 Although we were trying to find lions after spotting their tracks, our next stop was for a herd of buffalo. Some of the males were quite restless and a couple were having quite a battle. It looked quite terrifying as they tried to assert their dominance, heads lowered and tussling and clashing ominously.

After that epic morning we were ready to return to the Lodge, cameras and memories jam-packed! …