Situated in northern Europe, Svalbard is located at Norway’s northern extreme and is separated from the North Pole by a mere 965 km of ice. Although human habitation is scarce, there are some signs of human activity in the past – such as the abandoned whaling stations at Smeerenburg, and the remains of camps of early explorers.

The massive glaciers, rugged, sheer snow covered mountains, steep fjords, and crisp light create a backdrop for encountering some of the most sought after wildlife on the planet.

The area is gripped by ice for 8 months of the year, and 4 of those months are spent in darkness. But when the sun returns, as is does in May, the world is transformed again into a remote and majestic wonderland.

Your Arctic expedition begins in Longyearbyen, the capital of Svalbard, where you board the ship, for departure. The first evening is spent getting to know one another during dinner and after an introductory briefing.

The ship will be your floating base for the next 8 days, as you explore an area that defies description.

We have a flexible itinerary for the next days, as we travel north and around the towering cliffs on west coast of the Spitsbergen to reach the pack ice where we begin our search for Polar Bears, Walruses, Whales, Seals, and the countless birds.

The pack ice and Ice floes will determine where the ship can be navigated. We get guidance from almost daily update reports on the ice conditions

As we cruise along we will pass spectacular scenery, making for many great landscape images, through fjords backed by huge glaciers and towering mountains, to Polar Deserts, which appear quite barren and remote.

Zodiacs will ferry us from our vessel to shore where we can view the towering cliffs at close range, with the thousands of Brunnich’s Guillemots that call this home. There are so many Little Auks wheeling around that they resemble a sandstorm!

From the Zodiak, you can expect to sight Polar Bears as they roam the ice shores in search of food – including Harbour Seals, Ringed Seals and walruses.

You can leave the Zodiac to walk amongst the tundra and trek up to high points, for sweeping views across vast glaciated inland valleys, all the way down to iceberg-strewn bays where our ship is dwarfed by the rugged, monumental landscapes.

Whilst ashore, keep an eye out for Arctic foxes who hunt in the bird – rich areas. You could encounter Reindeer, and a meeting with a Polar Bear is a memory that will be etched in your mind forever.

After this exhilarating and rewarding photographic tour to the northern archipelago, we journey south again, to dock at Longyearbyen, memory cards filled with spectacular and very special memories from a trip of a lifetime.

Brace yourself for the trip of a lifetime!

We have exclusively chartered the M/S Sjøveien for a exclusive tour to this spectacular archipelago. You will visit some of the most breathtaking and dramatic scenery on the planet, with tall, jagged mountains, deep fjords, glaciers and spectacular icebergs.

The tour will focus on searching for Polar Bears among the drifting Arctic ice floes, while they hunt for seals and walruses. The pack ice is home to these creatures as well as Humpback Whales, Beluga Whales … and you could get to spot – and photograph – the rare Bowhead Whale and. Immense colonies of seabirds crowd the dramatic cliffs. Human presence is rare.

Accompanied by a professional guide, and limited to 5 guests per zodiac, we aim to optimize your photographic opportunities. If conditions are good, the zodiacs will offer an intimate perspective of the Arctic’s pristine wilderness waters.

·      An exclusively chartered ship for Tusk Photo only

·      Tour is tailored for photography enthusiasts & like minded participants

·      Unbeatable photographic opportunities of both wildlife and scenery

·      Itinerary flexibility to best work with light and weather conditions

Arrive Longyearbyen and board the M/S Sju00f8veien expedition vessel 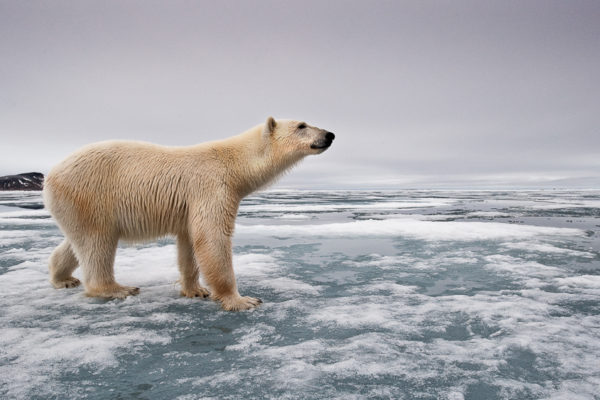 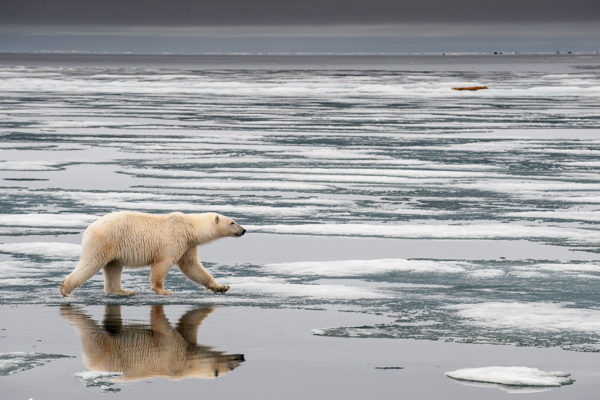 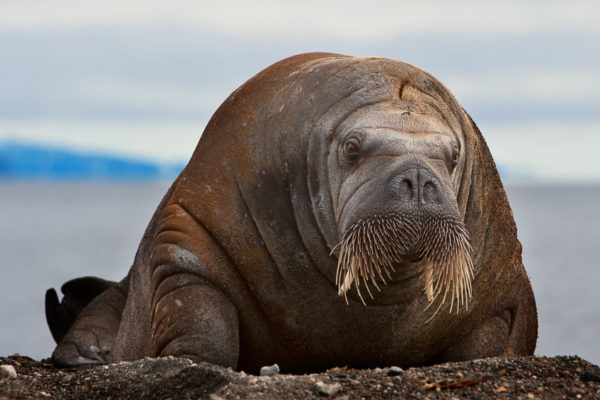 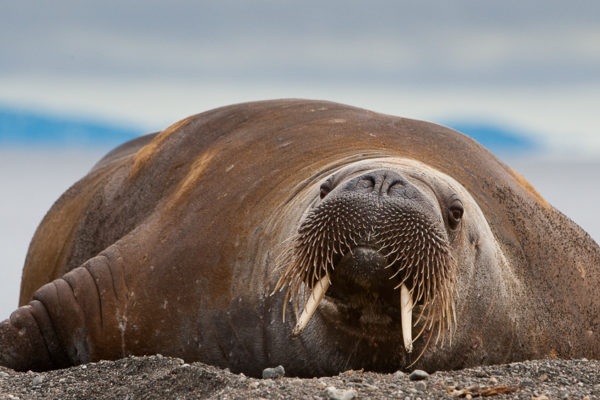 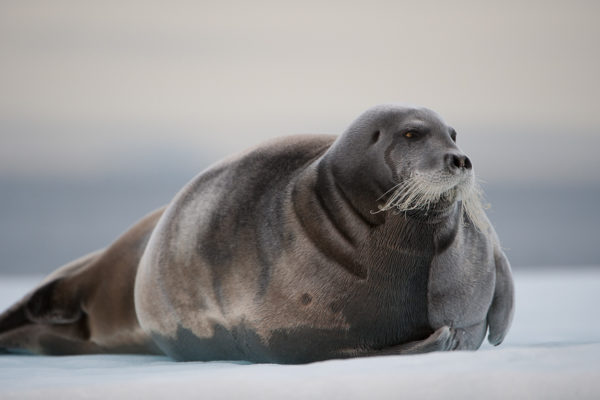 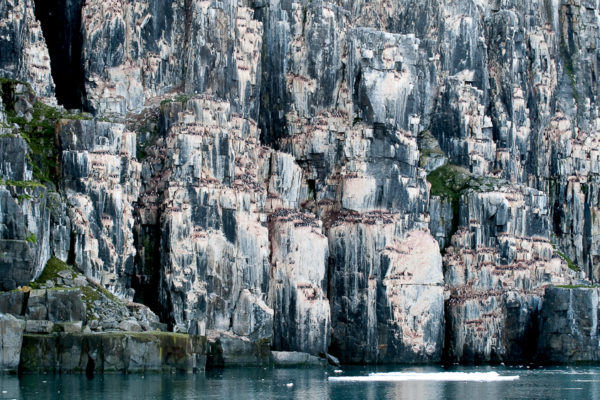 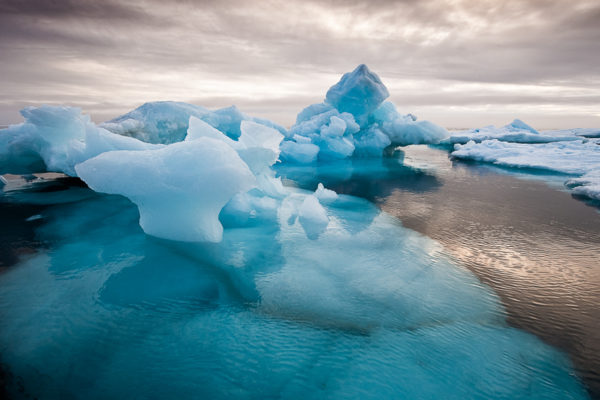 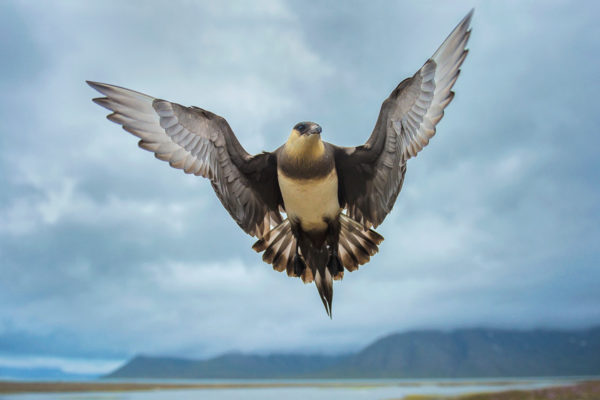 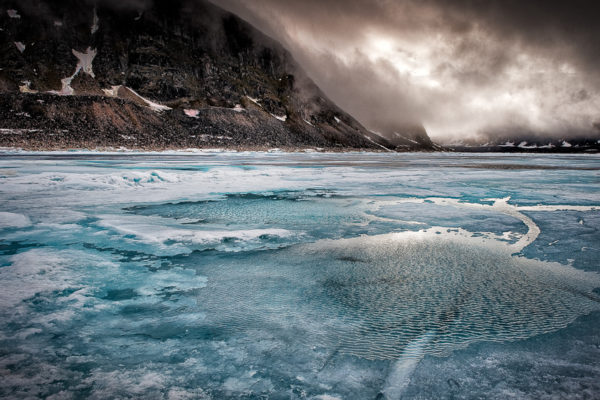 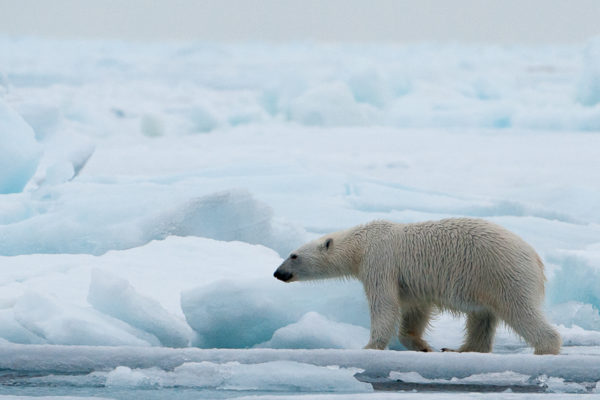 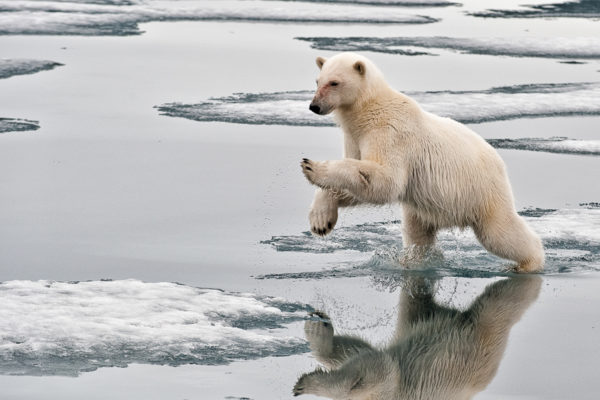 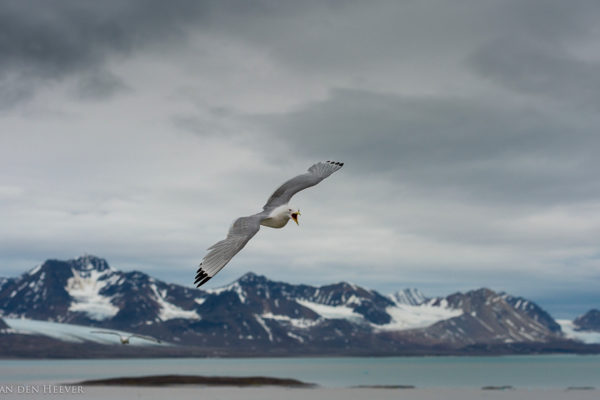 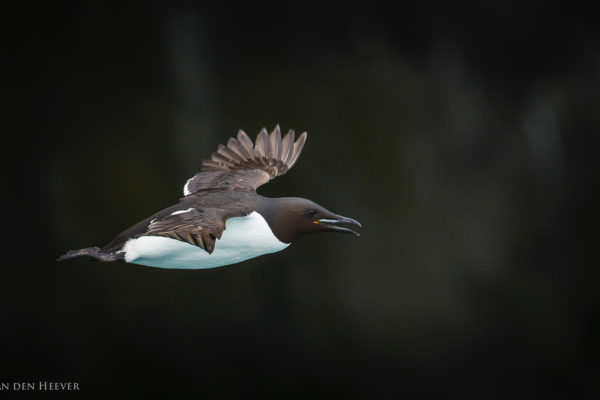 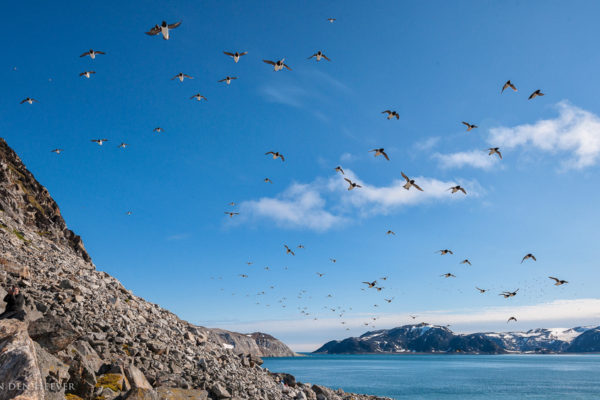 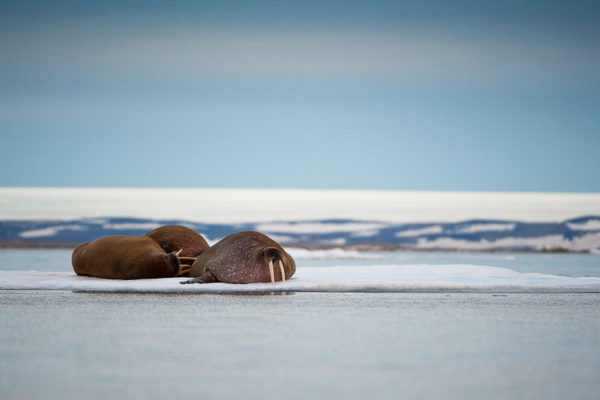 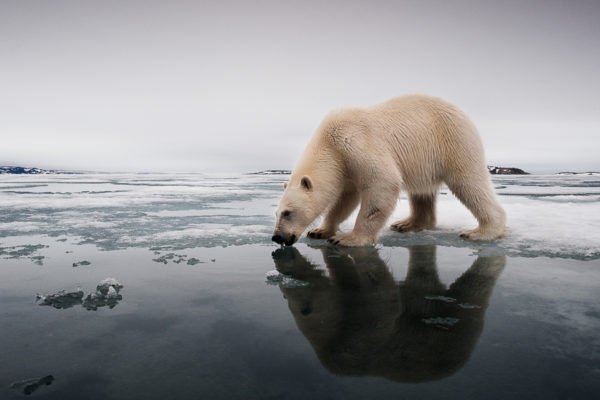 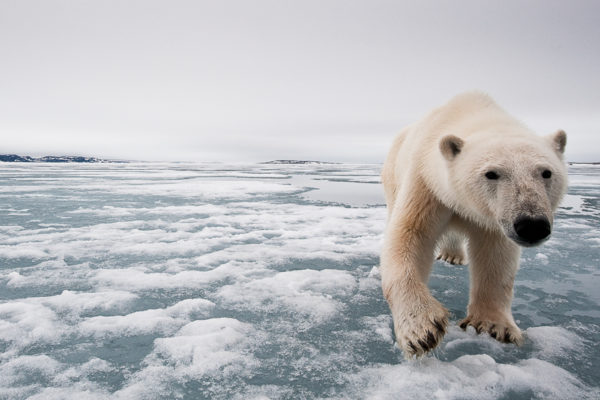 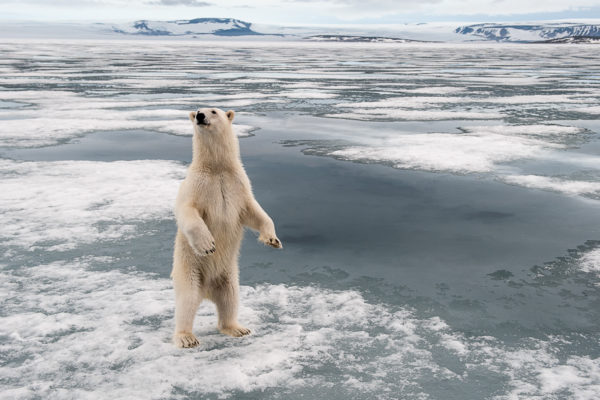 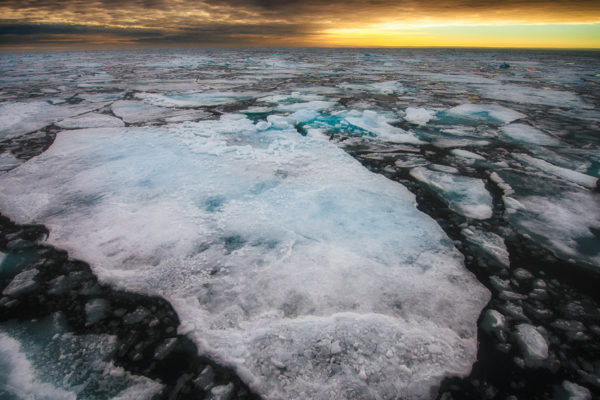 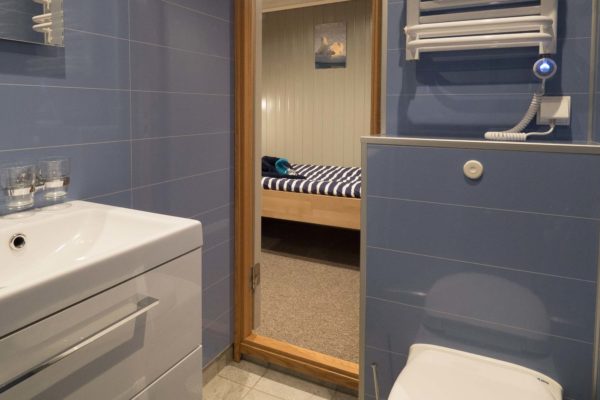 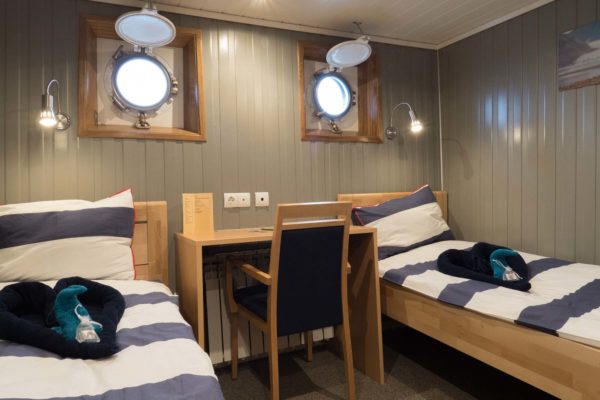 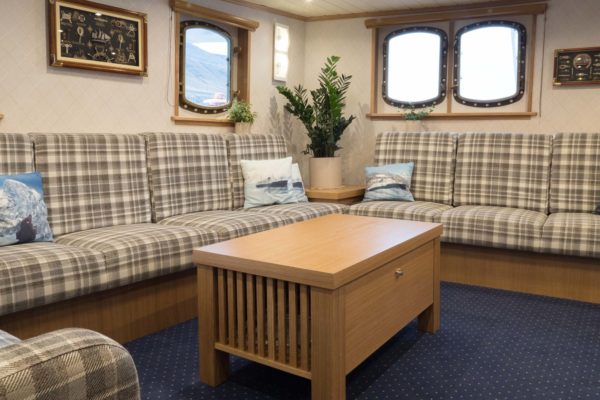 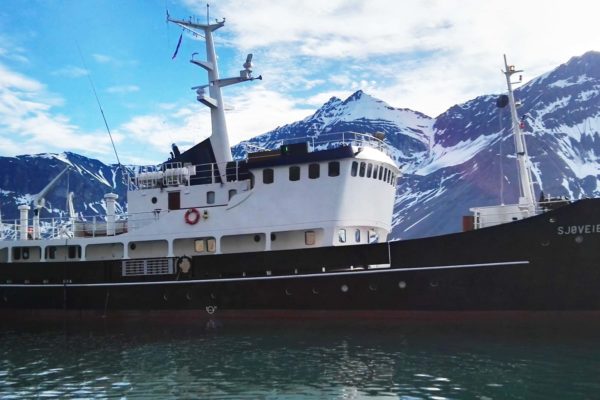 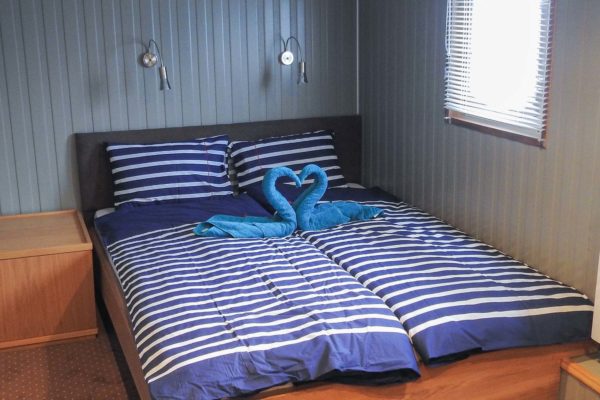 thank you for the wonderful trip to Svalbard. What an experience! I have been looking at all my pictures which are sensational, especially those of the bears  and the scenery we saw throughout the trip. I will keep wonderful memories of this time up in the arctic.