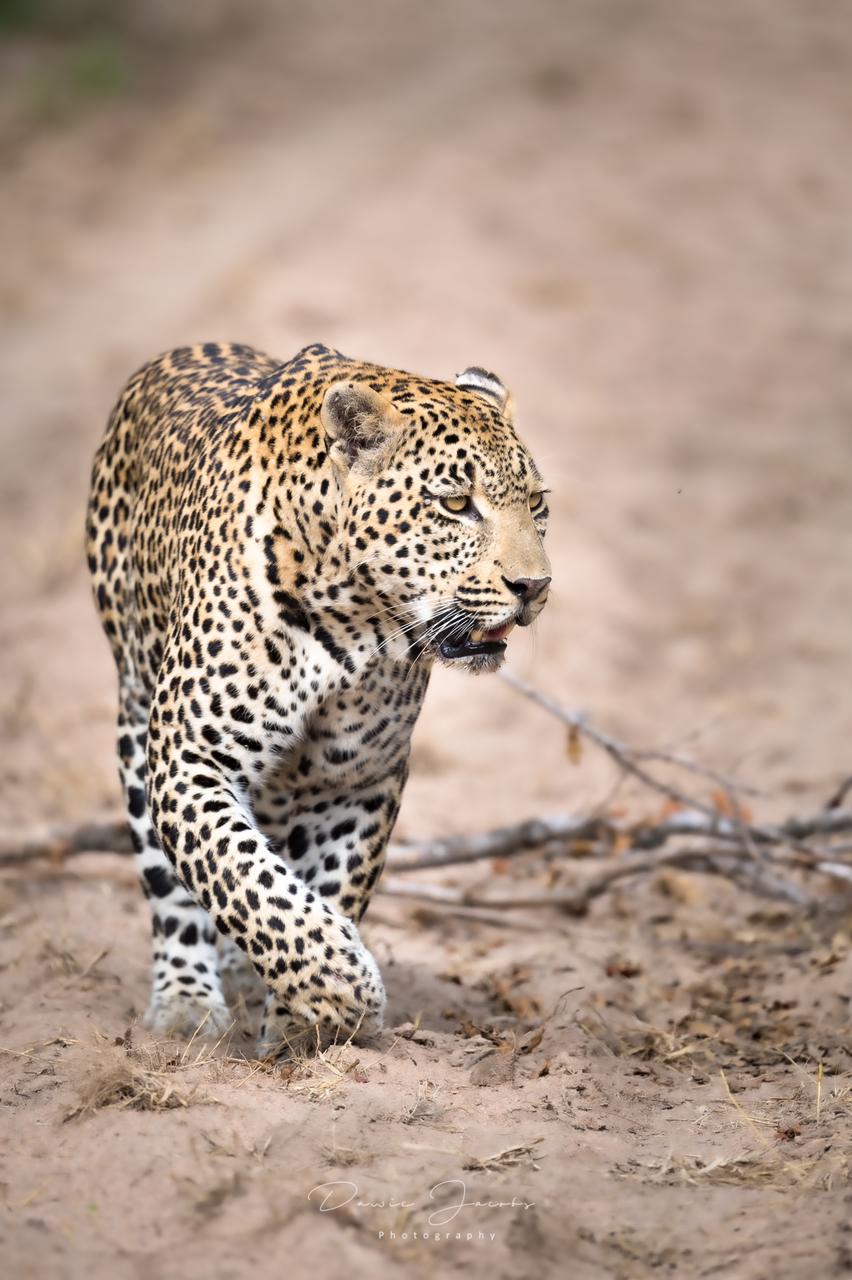 After such amazing days it was hardly surprising that our departing guests were very reluctant to leave, and at the same time they were keen to share their experiences with our new arrivals. It was understandable then that anticipation was very high, and everyone was super excited, very keen for our first game drive to get going.

Our first sighting occurred within seconds. We found some elephants and a huge herd of Impala almost in sight of the Lodge. 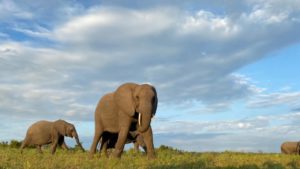 But because everyone was keen to spend time with a leopard, we headed off to where we had last seen the female during our morning drive. We found her lying in a grassy area, but it didn’t take long before she was on the move. She jumped onto a fallen Leadwood tree, where she posed and stretched, giving us ongoing opportunities to photograph her as much as we liked. 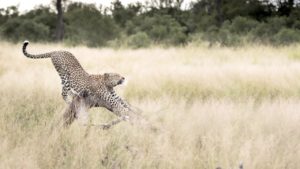 Our two vehicles then turned toward the river are where the male and female leopards we had seen were mating. Unfortunately, one of our vehicles got stuck in the sand, but on the positive side, the leopards could be seen and photographed with long lenses. The two leopards rested calmly on a sandy area, and then decided to move into tall grass where visibility was very poor.

We left the pair and drove around. There are numerous Plains animals everywhere, and we also stopped at a dam to photograph a hippo.

As the sun crept towards the horizon we headed back to the amorous leopards. This time they were very active and mated many times. This was accompanied by plenty of action, snarls, swiping at each other, growls, and well – aimed hits.

Everyone was more than delighted with their first drive, and our return to the Lodge for pre-dinner drinks and a sumptuous meal under the stars proved to be a perfect ending to our most successful afternoon.

We went straight through the mating leopards again in the morning, but we found them in quite a hidden area again. We were able to photograph them mating a few times, but grass and leaves kept their activities quite private.

However, our sightings of elephants, rhinos, and Plains animals more than made up for the difficulties with those leopards. 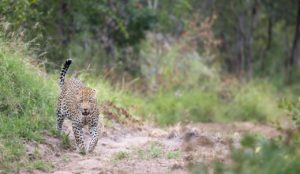 Later in the morning a young female leopard was sighted, and being able to follow her for a few kilometres until she crossed the boundary to an adjacent property was a treat. And then to everyone’s delight, a large resident male leopard, Hosana appeared. He is a very well-known, very popular leopard in the Sabi Sand Reserve, and always appears very relaxed as he swaggers around. It was phenomenal to accompany him as he strutted confidently along the road. He passed our vehicle a few times but seldom gave us more than a cursory glance. Our cameras worked overtime – 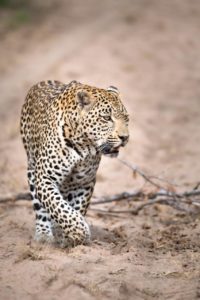