By Toby DeanInfographic
No Comments

Let’s begin with a topographic map of Africa.

Africa is the birthplace of homo sapiens (that’s us); particularly Eastern Africa (Kenya), giving Africa a headstart on the road to civilisation of tens of thousands of years. So why has Africa lagged behind in the development of the modern world?

The answer put simply, is geography. The continent is rich and lush in biodiversity and natural resources — but geography and other circumstances have not made it easy to unlock its great wealth: as the Africa topographic map below broadly shows.

But geographical Africa is only one small piece of the puzzle. In order to undestand and appreciate this mysterious and beautiful continent fully, we need to look at a physical map of Africa of all the major events that have shaped it as we know it today. 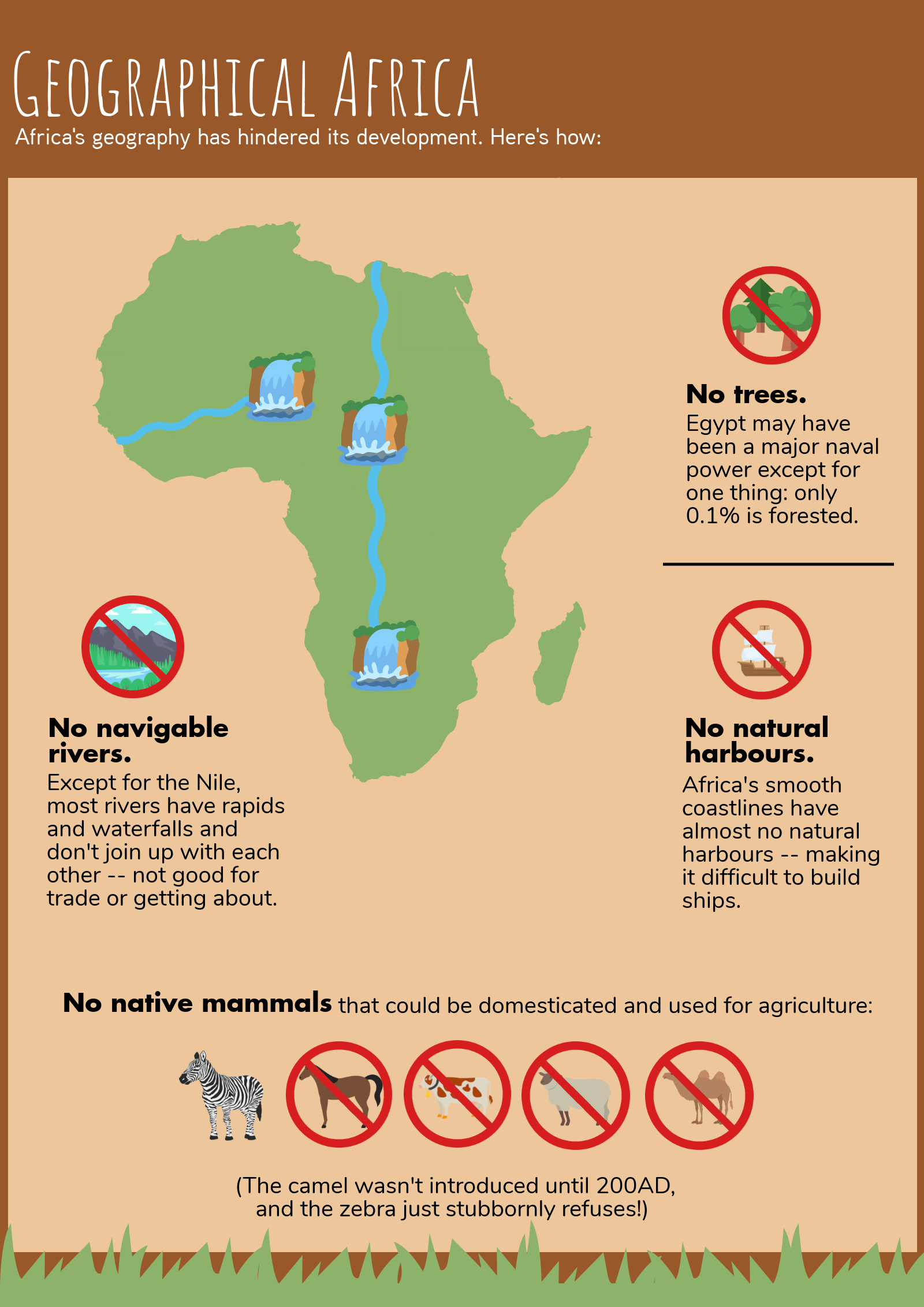 Africa physical features: How environment and climate have shaped the continent

Africa’s environment can be challenging to trade and travel. Well, this was very much the case until recent times. (Nowadays, cheap aeroplane travel is making it much easier to get about.)

When the Arabs invaded North Africa, it took them generations to cross the mighty Sahara desert, which is about the same size as the USA. There they reached the “shore” of the Sahara: rugged, dry, rocky terrain that is just as difficult to settle in.

The Europeans did the same from the bottom-up. They favoured South Africa, which has a favourable climate like the Mediterranean. But as they advanced further north, they crossed a point on the Earth known as the ‘Tropic of Capricorn’. This is where the climate started to change. Becoming less like Europe and more tropical. Crops could not be planted, and tropical diseases like malaria and the tsetse fly killed livestock — meaning no extensive farming or agriculture could take place.

The Congo rainforest holds lots of natural resources, but it was hard to get to. Eventually, the Europeans made in-roads via the West Coast, but it was very difficult; took centuries, and at a great expense of human life. 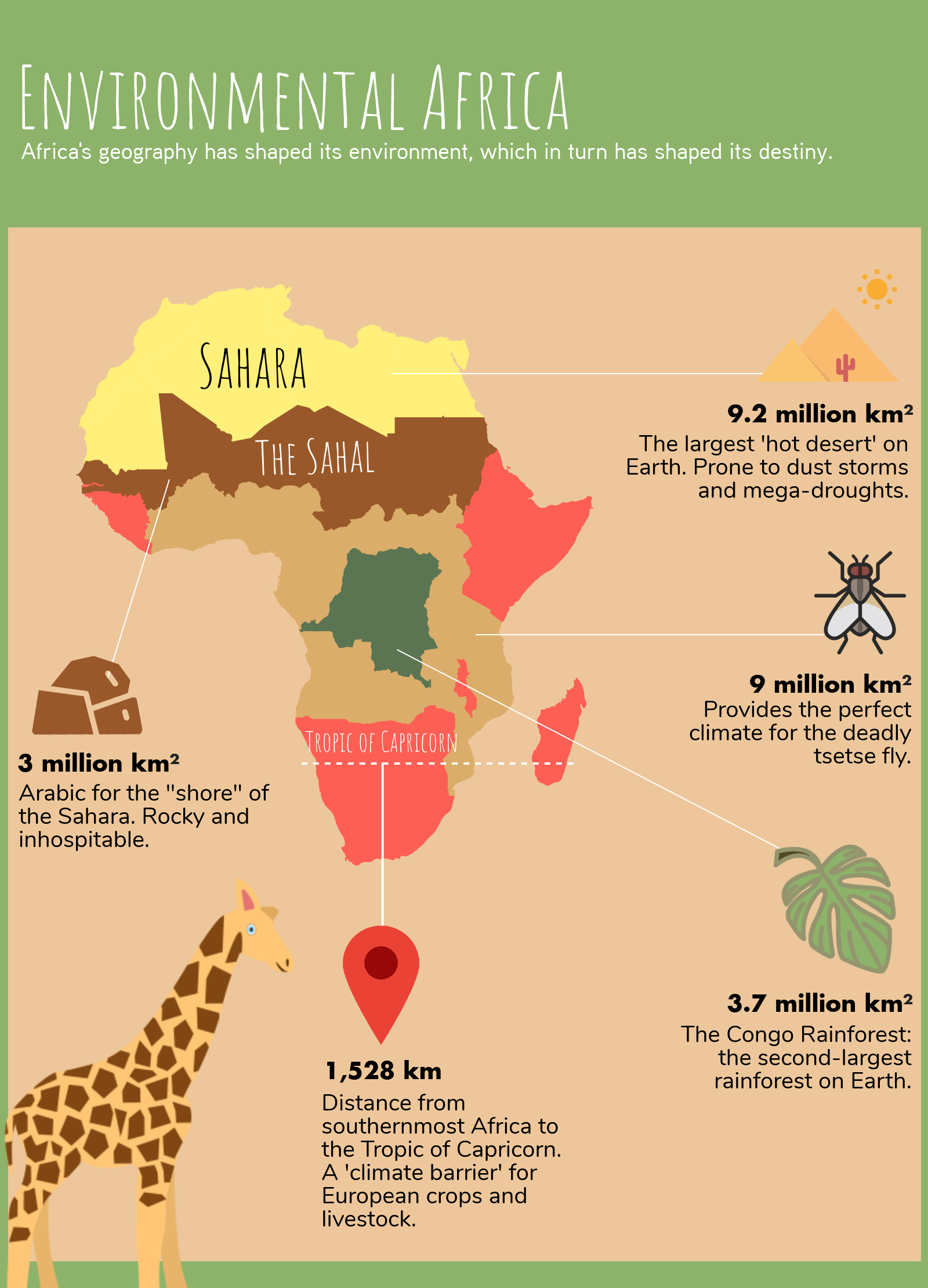 The colonial Africa map and de facto language map of Africa: How Africa as we know it came to be

As mentioned above, the Europeans settled in South Africa because its climate is a lot like Europe’s. The first to arrive where the Portuguese and Dutch. Settling was not their first intention: they were just looking for a resting place on the way to do trade with India. But as word got out about how great South Africa was, more Europeans came to live there.

As Britain grew in power and influence, it sought to control Africa from “the Cape (Cape Town, South Africa) to the Cairo” (Egypt). This was mostly to secure trade routes and keep the economy going. In order to stop other European empires from stepping on each other’s toes, it was agreed to divide the continent up into zones. Interestingly, it is the Belgians who got control of the Congo, this made the Belgian royal family very wealthy. This political map of Africa had lasting effects that we still feel today. 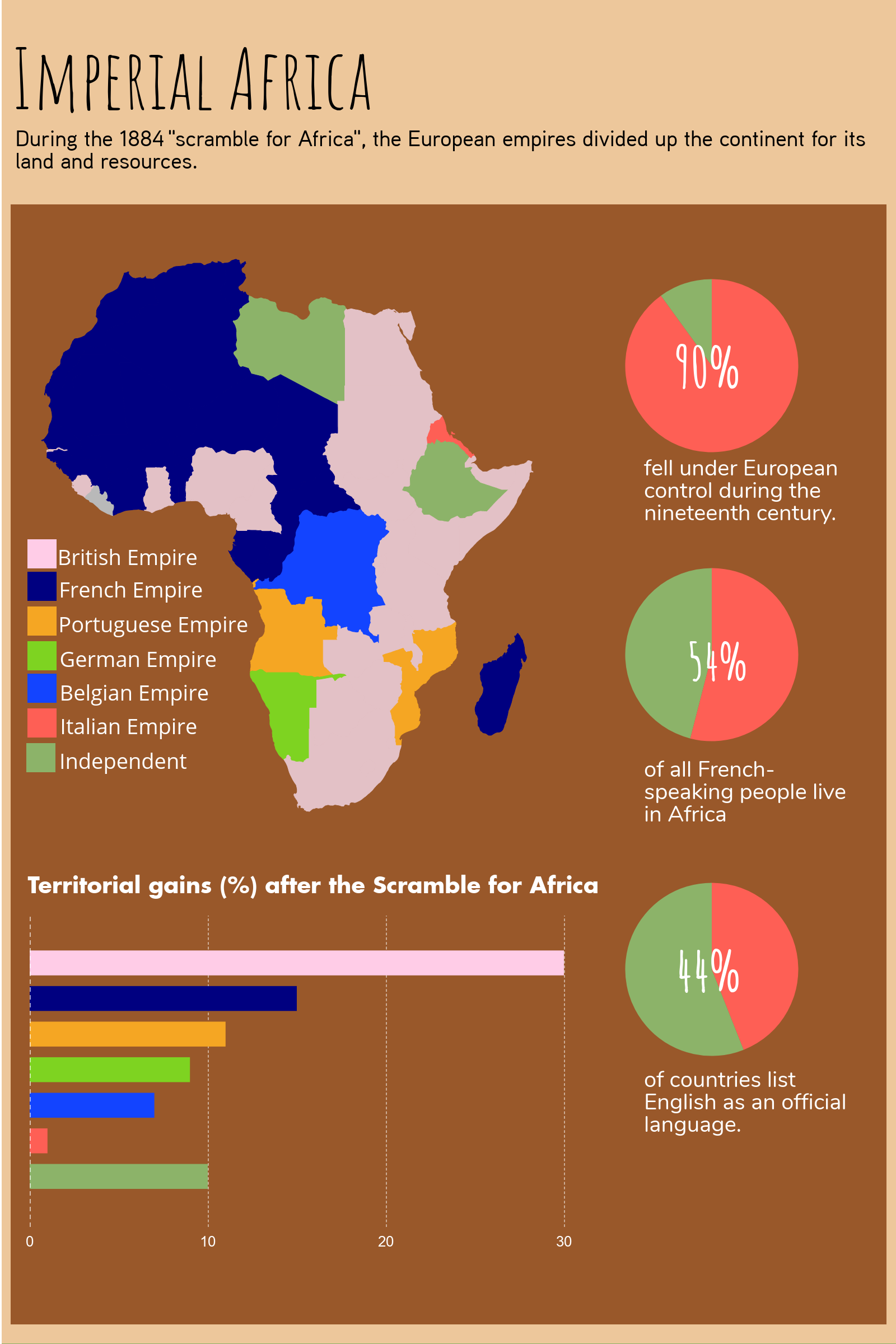 Religious and cultural Africa: Why the North Africa map is so different from the map of Sub Saharan Africa

With the physical map of Africa below we can see immediately how Africa’s religious identity today has been shaped by past invasions. North Africa is almost entirely Muslim, because the Arabic invaders were Muslim. Islam stops at the Sahal, where it was very difficult to cross. Africa’s geography and environment halted the Muslim armies.

The European empires brought Christianity with them, but in some regions, traditional African faiths held out. These traditional areas are in “buffer” areas between different empires. In other words, in order to avoid conflict with their neighbours, the Europeans kept some breathing space. The Africans there did not have religion introduced to them.

Muslims have stricter attitudes towards sex. So the spread of HIV/AIDS is not as widespread in North Africa.

Migration has always been part of the African experience. Way before even the Arabs arrived, a successful tribe of Bantu Africans colonised the continent, absorbing almost a third of the ethnic population. 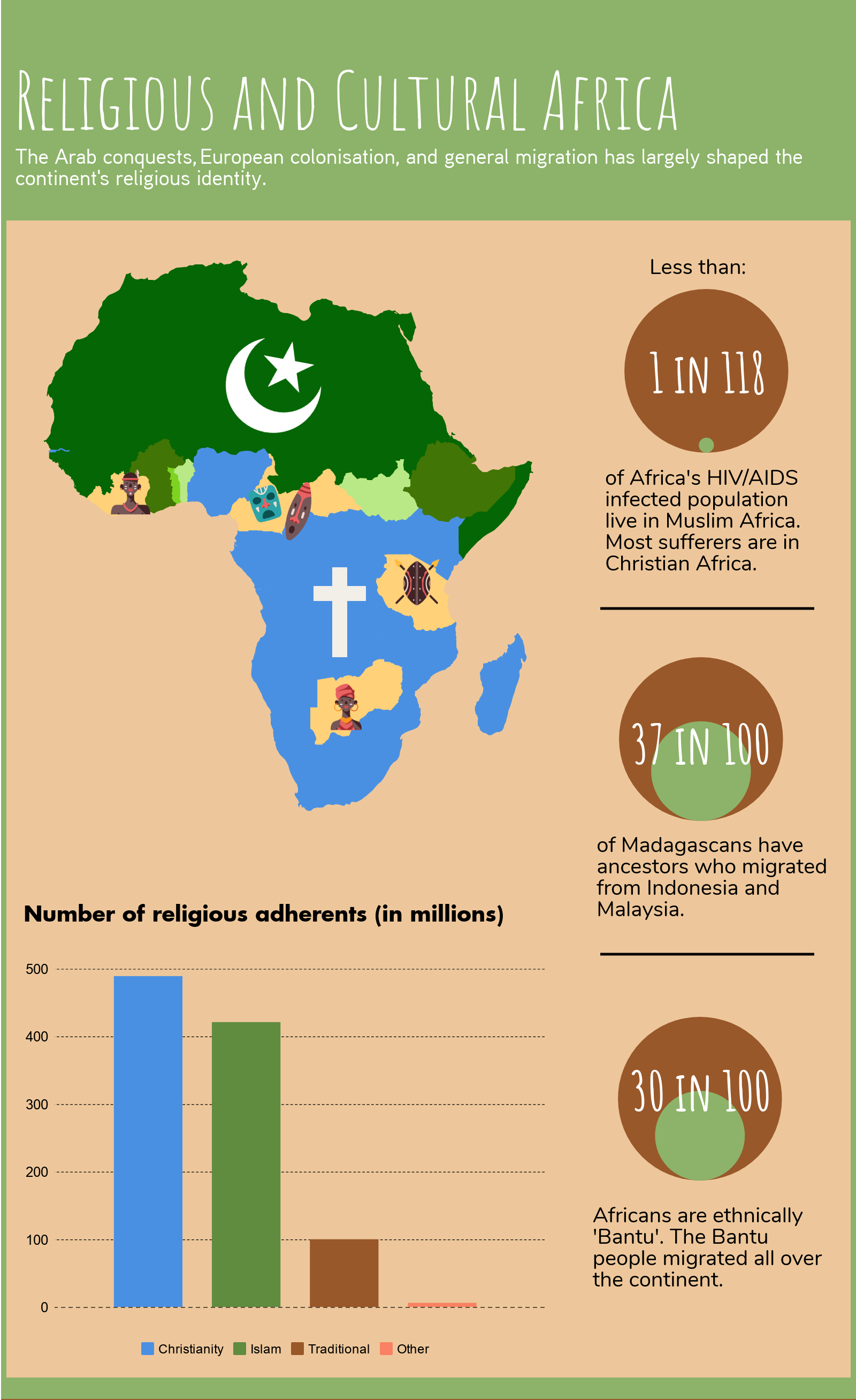 This Africa outline map shows just how tremendously big the physical map of Africa really is.

The size really is mind-boggling, especially when compared to the European countries that ruled much of it. 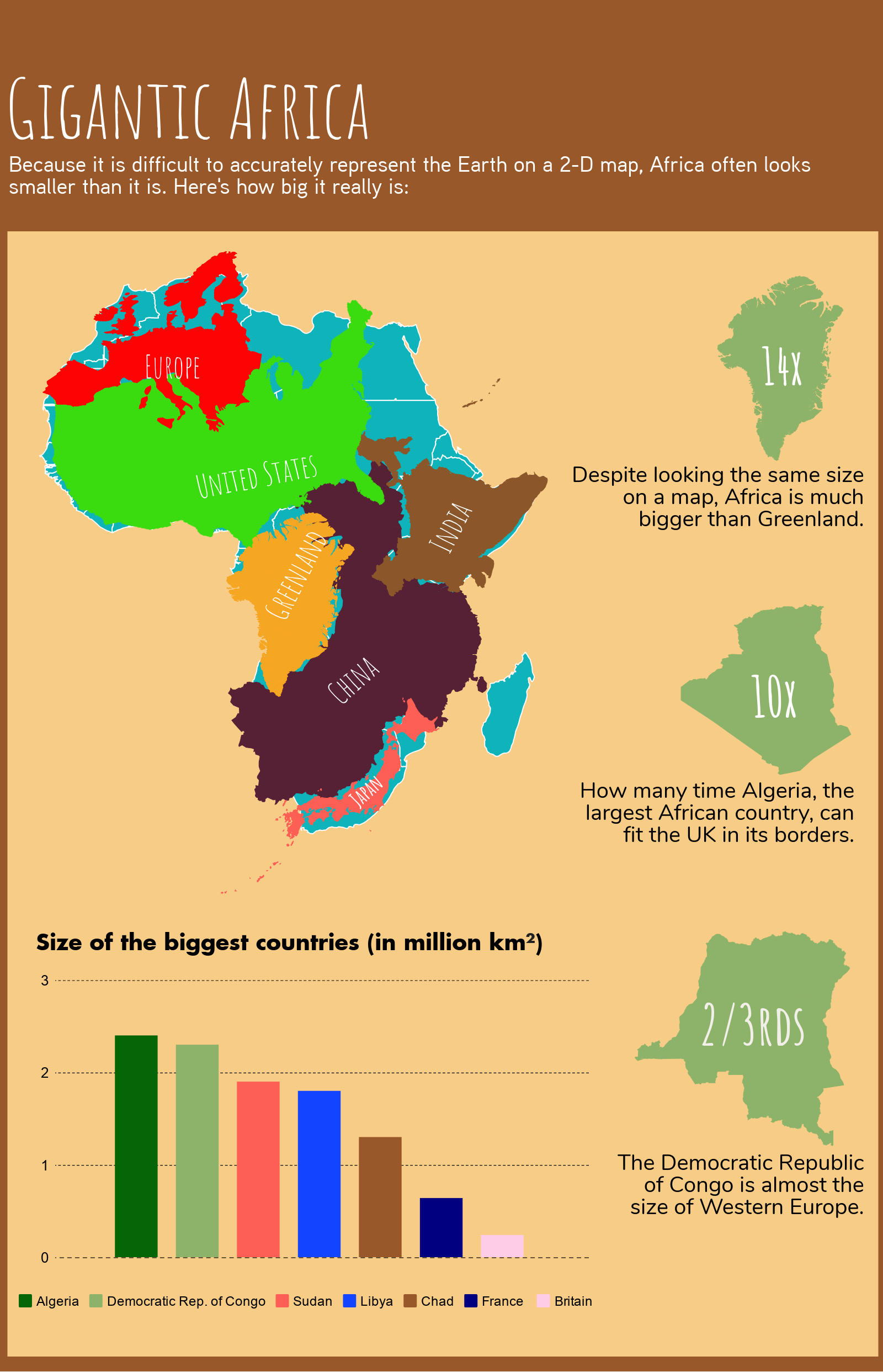 Five physical maps of Africa: What did you learn?

We hope you have found these maps illuminating. Africa is stuffed with treasures, people, and places of extreme beauty. Read these if you would like to learn more on Africa as we know it today: 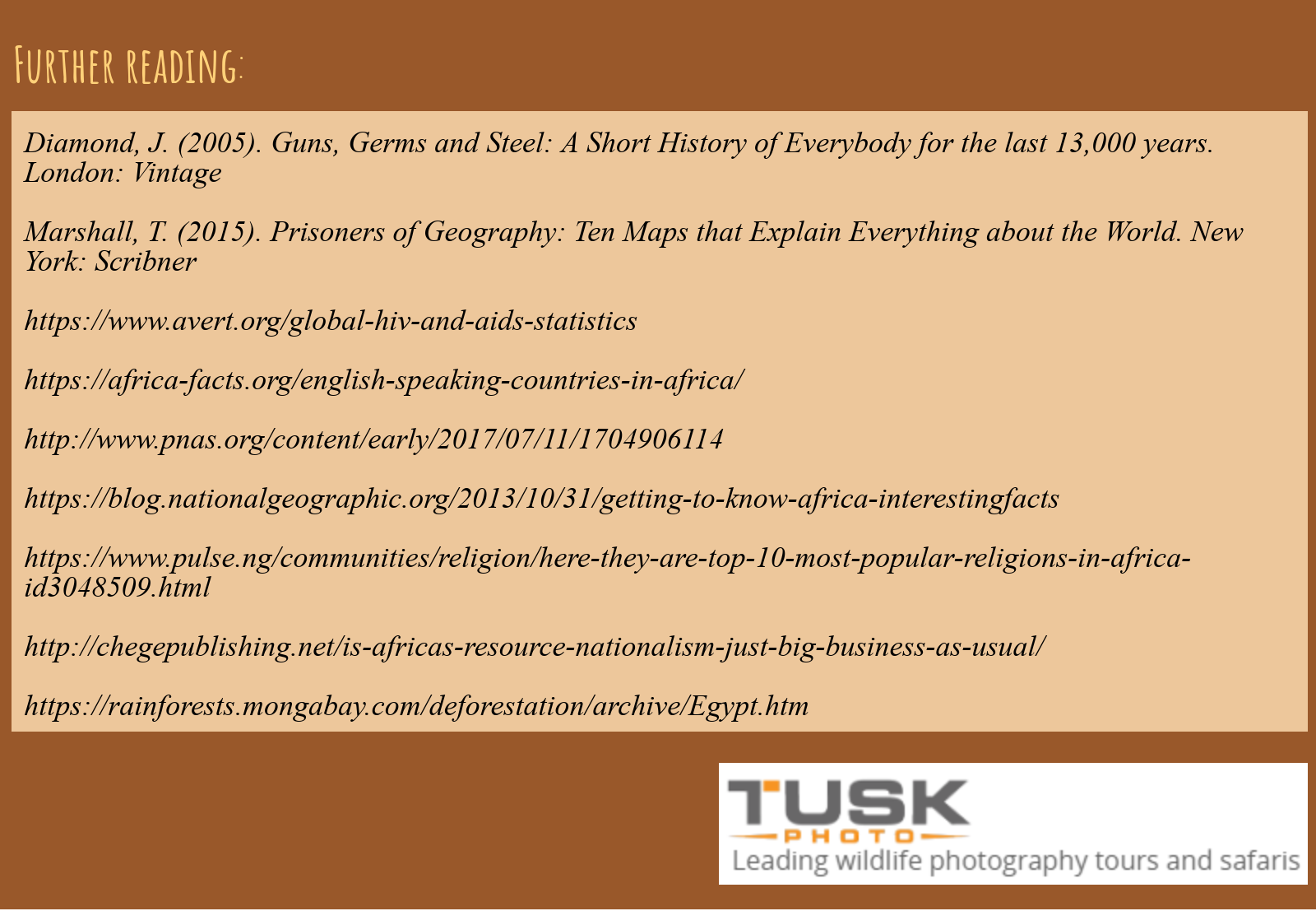 Visit our home page if you would like to see beautiful Africa and its biodiversity.

Click Here to View ALL the maps in Full