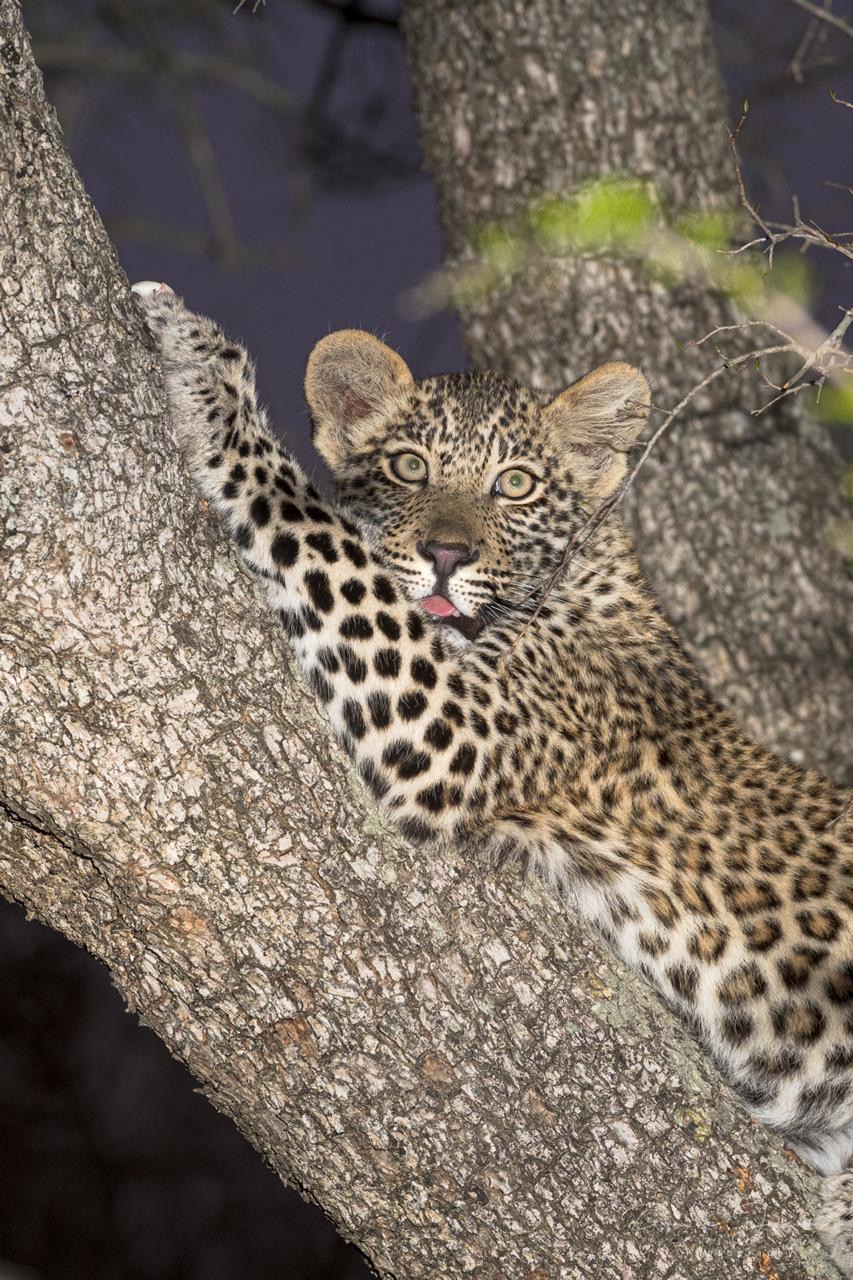 Dawie Meets Thando and her Son on the Djuma Photo Safari:

The morning started with a hunt for leopards. We followed tracks, that culminated in a visit to the hyena den where we could see the clan members feasting on some remains. There wasn’t enough left to identify the animal, but there were enough clues to show what had happened. The leopard that we were tracking had made a kill, but the hyenas purloined it soon after – certainly before the leopard had a chance to stash his prize in a tree. They ate with gusto!

We saw Plains animals almost at every turn, including the most giraffe that I have ever seen in this area. We spotted at least four or five large herds in the time that we drove around.

We returned to Djuma Camp, a little disappointed that we had not found that elusive leopard, but happy to have been on his trail. And we had some great pics of the hyenas enjoying the leopard’s meal!

The afternoon proved that perseverance does reap rewards. 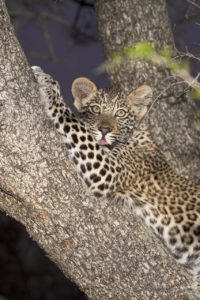 We tracked a male leopard that was reported during the day. However, he moved out of the area and we decided to try the area where Thandi lives and hunts. Just then we received a call. Thandi and her cub had been spotted. She had caught a duiker and was leading her cub to the kill. 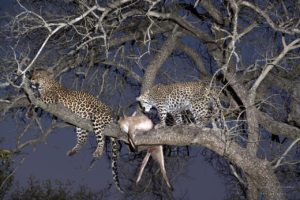 We dashed to the spot where we rewarded with some fabulous views and photo opps of the two leopards. The duiker was stashed in a tree and Thandi allowed the cub to feed first. We remained with them as long as possible and were gratified with our beautiful photo collection. 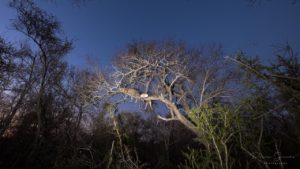 No-one could ask for a better day in the bush, and we look forward to visiting the leopards again in the early morning – before daybreak …