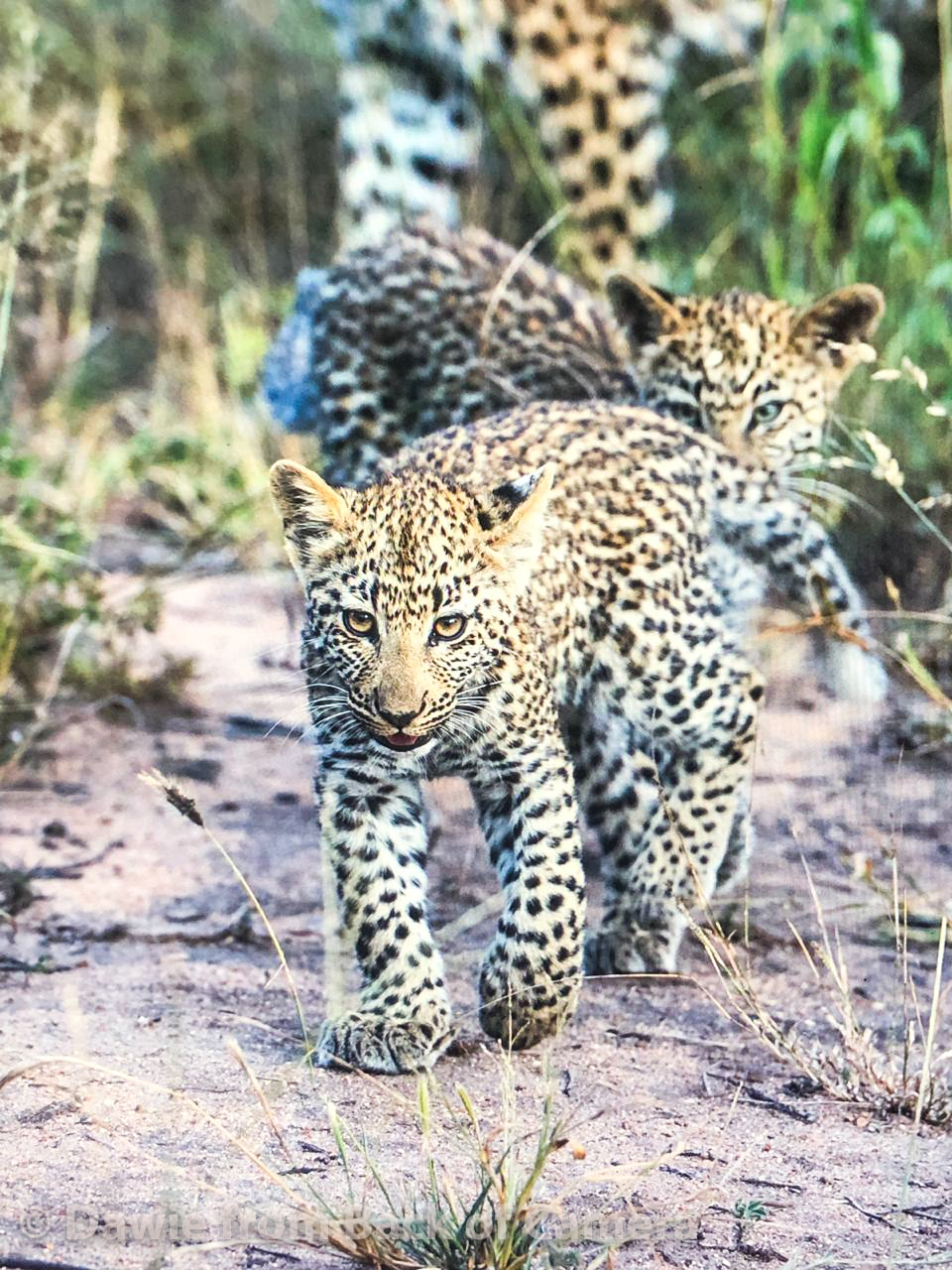 After we arrived at Elephant Plains, enjoyed lunch and a briefing we were ready for our first superb game drive.

Within moments we saw plenty of Plains animals. Impalas, kudus, and then a Saddle Billed Stork kept us occupied for a short time, but we didn’t linger because we had received reports of a female leopard and were keen to find her.

Then a call came through. The leopard had been spotted. We found her at a small puddle that she examined but she didn’t stop to drink. Maybe the water was just too muddy to be refreshing. We followed the cat as she strolled down the road towards a largish termite mound. As she neared the mound two little heads suddenly popped out – her cubs! The cubs are about four to five months old and very playful. 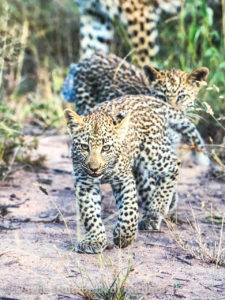 They all greeted each other enthusiastically and then chased mom, while mom chased them. It was such fun to watch the little family as they hid friends m each other, and pounced on moving leaves. The interaction was heartwarming and we remained with them for much of the afternoon.

We heard a report about lions and quickly headed to them. However, they were flat and as they showed no inclination so we moved on again.

Another call alerted us to the presence of a male leopard in the southern section of the reserve. What a delightful sighting that turned out to be. The male had met up with a female and the two were following each other up and down, back and forth. 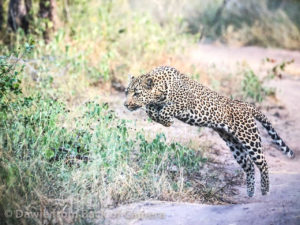 As evening approached we returned to the lions. They were on their way to a waterhole and we used our spotlights to illuminate them as they walked along and then stopped for a long, thirsty drink. Another vehicle added light from the side, creating a beautiful scene. 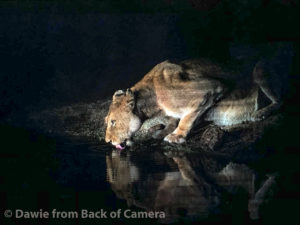