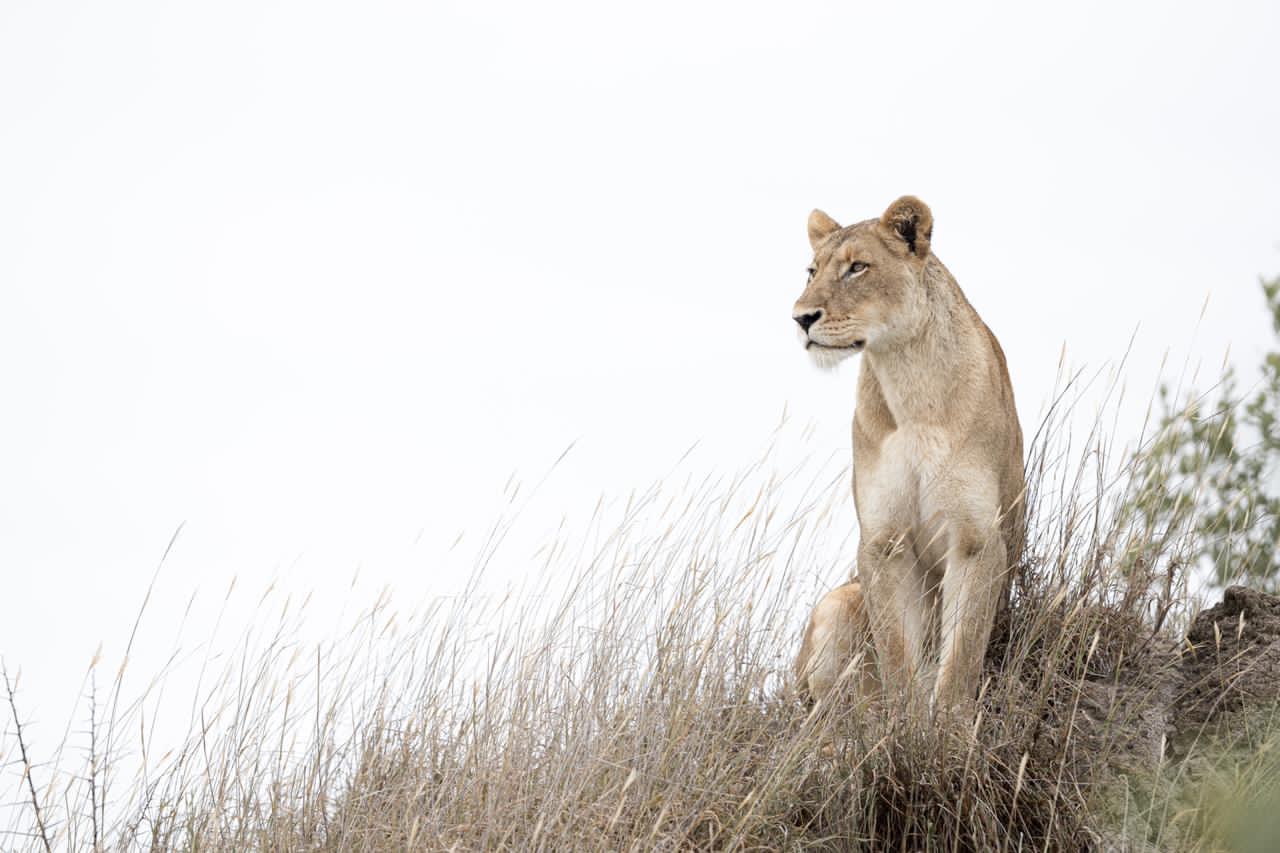 During lunch we heard of a male leopard on a termite mound just south of the Lodge, so that was where we went first on our afternoon game drive. We found him exactly as described. He was sprawled on the termite mound and as we looked closer we saw that he had not one, but two, baby warthog kills. We watched as he moved around quite restlessly on the mound, giving us multiple opportunities to photograph him from all angles.

When we left the leopard we went in search of hyenas that we could hear calling repeatedly. We couldn’t find them, but stopped frequently for elephants, Impala, giraffe, wildebeest, kudu, and zebras. And as we changed direction we stopped again – this time for a hippo in a dam. 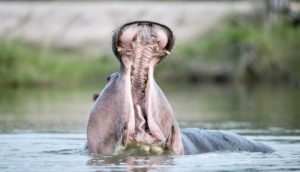 We headed northward where we found Cara, the young female leopard. She had a kill and as she was far from where we saw her previously we debated whether she had lugged the kill all that way through the bush, or if this possibly another kill. The vegetation was quite thick and made photography tricky. But then Cara decided to hoist her kill up into a Marula Tree. Aaahhh – so much better! And as she climbed up and down the tree a number of times, and fed on the kill in the tree intermittently, the sighting turned out to be all one could wish for. 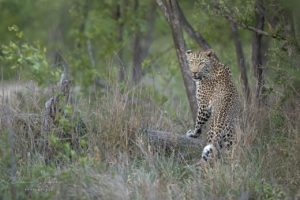 When Cara had finished her kill, she disappeared into the night, and we realised that it was time for our dinner.

Our early morning game drive was delayed for a while due to heavy rain. It had rained through most of the night, but the delicious fresh smell of the bush lured us and we eventually left the Lodge only twenty minutes later than usual.

A female lion rested on a termite mound with her young cub. Photography wasn’t easy because of the gloomy light and intermittent drizzle. But eventually she sat up, moved around, looked around, and we were able to capture different types of shots. High Key, Fill-in Flash, Portrait Shots – we used as many different techniques as the situation allowed. 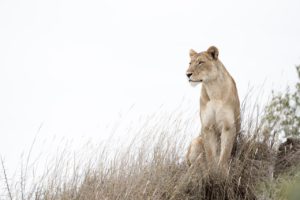 The lioness stood up on the mound to scan the area. We could see that she looked quite lean and hungry, and would certainly need to hunt soon. There are plenty of Impala around and although baby impalas are easy to catch they are no more than a small snack for a large lion.

The mother and cub split up when the cub moved away and the lioness chose a different termite mound that afforded her a better view of her surroundings. She was also easier to photograph on this mound, being more prominent and with less vegetation.

It would have been great to follow the lioness as we knew she would soon start to hunt in earnest, but as it was time to return to the Lodge, we left her in peace, determined to check on her as soon as we started our afternoon game drive …