Mother Leopard Leads her Cub Through the Lodge Grounds … 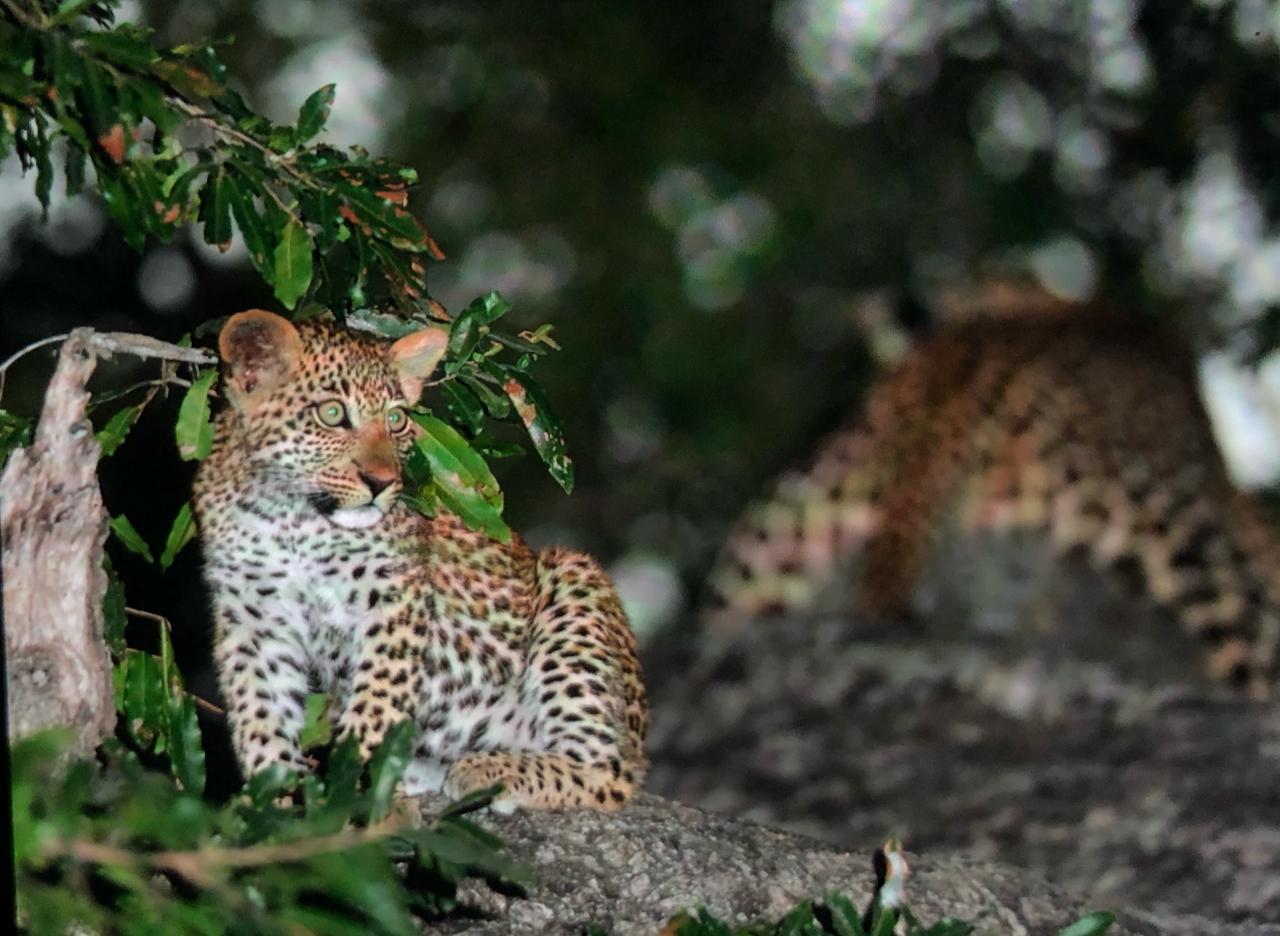 First thing in the morning we left the Lodge and found one of the mother leopards with her cub right in front of the Lodge – they were in the riverbed. It took a while to get a good view, but we followed her.

Where was this leopard going? What? She headed straight to the Lodge where she walked right through the grounds, past the bar area. She had her cub with her, and it was clear that she was on a mission. She had a destination in mind and walked purposefully, with the cub sometimes struggling a little to keep up. She walked down the road, and hardly looked left or right. After about a half hour we left to give another vehicle a chance to follow the two for a while.

We stopped at a waterhole for a coffee break and enjoyed the early rising sun, with the sounds of the bush and the smells that mingled with our coffee aromas. It was so peaceful, and difficult to imagine civilisation not all that far away! 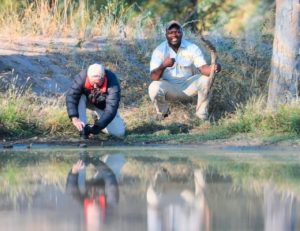 After coffee we returned to the leopard and cub and found them close to another Lodge. They had a duiker kill in a tree and mom and cub were feeding. The cub spent almost as much time playing with the duiker as eating, and again this gave us some brilliant photographic opportunities. 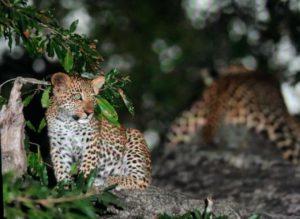 During the morning a male leopard was spotted and we headed out to find him. He moved through long grass, and although we could see him, by the time we focussed our cameras he was gone again – only to reappear a few seconds later a meter or so away. We persevered and did manage some rather good images. Then the leopard decided to cooperate fully and went to rest on a termite mound where visibility was superb. The evening golden light was excellent. When he had had enough he left and crossed into a neighbouring reserve.

This was an excellent time to return to the leopard and cub in the tree with their kill. The two were feeding again, and we remained with them until it became quite dark. We don’t use lights, draw attention to, or photograph cubs in the dark so as the light faded we left the area.

We wanted to find an owl, and although we didn’t find one, our thorough examination of the trees did yield a chameleon. We had great fun photographing him as he swivelled his eyes around.

Back at the Lodge we have a mixture of emotions. On the one hand, we have seen so many predators, beautiful cubs, lions, and experienced so much that we wouldn’t change it for anything. On the other hand, tomorrow is the final day for this group, and as they return to the realities of life after our morning drive, they will feel a little envy when they see the new group arrive …