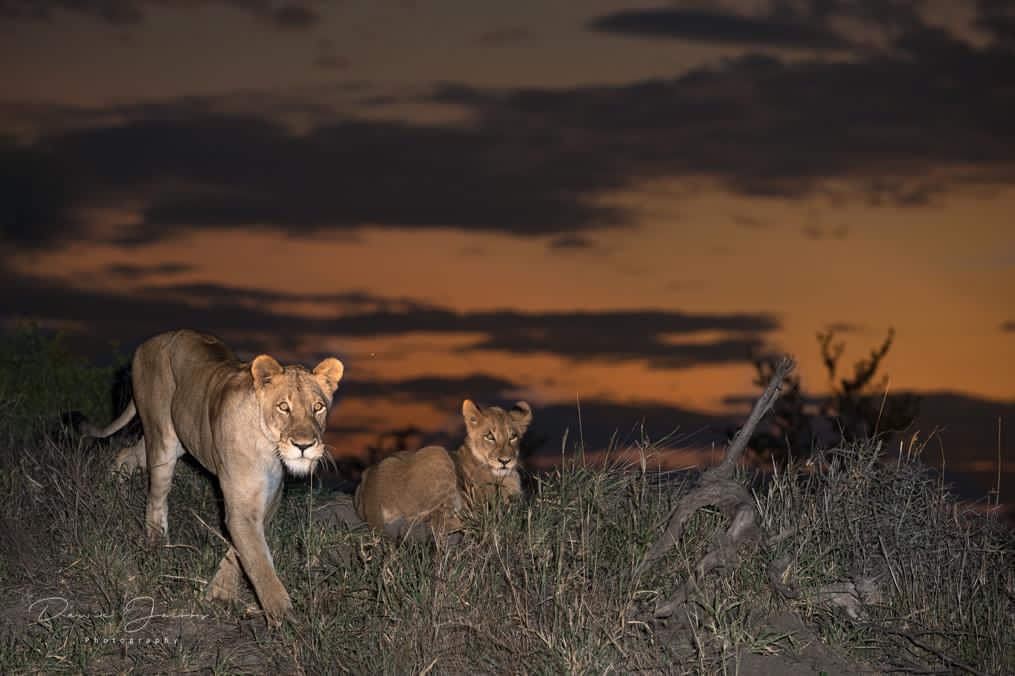 Our afternoon was humid and rather hot. We no sooner left the Lodge when we came upon a White Rhino enjoying a lovely, cooling mud wallow. He was a little nervous and jumped up when he spotted us, so we left quickly, not wanting to upset the big fellow.

Elephants drinking at a waterhole came next. Thirty pachyderms milled around, splashed, went right into the water, and drank plentifully as they enjoyed a frolicking time. We spent time to get different shots, different angles, different lighting. 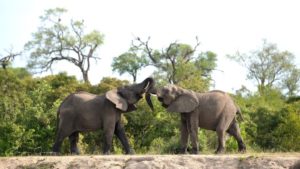 After that beautiful sighting we wanted to check for any big cats. While searching we found a couple of male buffalo, also in a wallow and covered in mud. They eventually had enough and left the scene, with mud clinging to every surface.

As always there we photographed Plains animals, zebra, wildebeest, giraffe, Impala, kudu, all around, as well as diverse birds.

Then we saw male leopard tracks. After tracking these for a long time we gave up. But we had spotted a hyena close to the tracks and decided to investigate what he was up to. However, he remained asleep.

Further north we encountered a lioness with her cub on a mound just as the sun was setting. 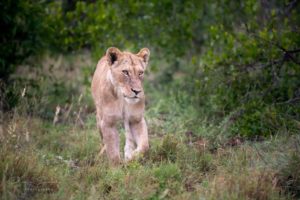 She got up slowly, stretched and moved to flop down next to a mud wallow. Unlike mom, the cub was very active and very curious and simply had to check anything and everything that caught its attention. 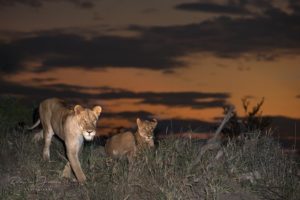 As it was quite dark by now we returned to the Lodge. After dinner and a good sleep we were ready for our morning game drive.

Lions had been calling from the eastern end of Elephant Plains, and we headed directly to that area. We found tracks and followed these for ages. We stopped to watch a couple of rhino and while we viewed them a subadult lion suddenly popped out of the bush. So we were there at the perfect moment for the rhinos and also for the lions. The big cats were disinclined to move much and we left them to snooze.

Tiyane had been spotted and when we caught up with the leopard, we found her in a Marula Tree. She had a baby Impala kill. (The impalas are having a difficult time at present). Tiyane fed for a while, dozed for a few minutes, then fed again. At the base of the tree hyenas hovered, waiting for scraps to fall as the leopard ate. Competition was fierce for each tiny morsel that fell, and they tugged and pulled at every scrap. There was as much to photograph on the ground as up in the tree. 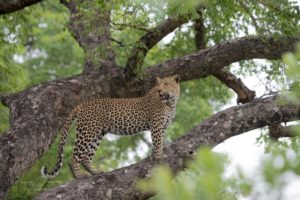 When done Tiyane jumped out of the tree to start a scent-marking stroll through the bush. When she reached a Jackalberry tree she looked at it speculating its possibilities, then leaped up to find a comfortable branch. But as it wasn’t comfortable enough for her, she came down again, and strolled away.