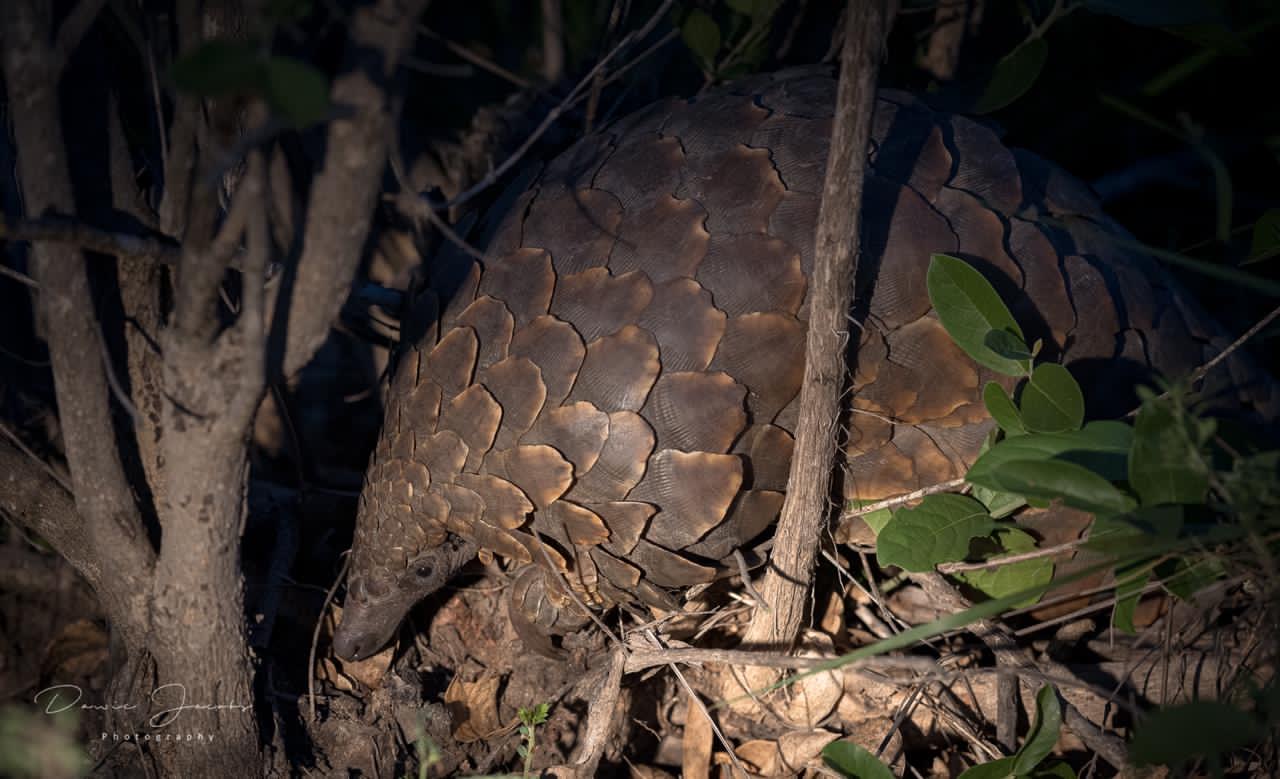 Wow,! wow! – our afternoon drive was so epic that it is difficult to know where to begin.

OK, we started at the Wild Dogs that we had seen previously. The youngsters gave us such a treat, such a show! They were delightful as they chased one another, pounced, wrestled on the ground, and in short had a rollicking good time. This was extra special because it was mid afternoon and we would almost expect them to rest during the heat.

Then a most exciting call alerted us to a sighting that we would not miss for anything. And yes, rare enough to lure us away even from Wild Dogs. A Pangolin! But not just a Pangolin – it had been spotted and was being harassed by a pride of lions.

We arrived on the scene to find the Pangolin desperately trying to hide, totally terrified. The encounter with the lions had left the creature really shaken and it tried hard to be invisible. However, photography was still good, and we managed some clear, sharp shots using spotlights. This was very special for many of our TuskPhoto guests as it was their first glimpse of a Pangolin and a wonderful opportunity for really memorable photos. What an encounter! 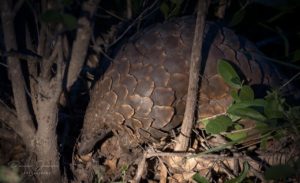 Leaving the Pangolin to recover from his ordeal, we started a slow drive back to the Lodge, and soon came across the pride of lions that had so recently terrorised that unfortunate Pangolin. Or maybe we should say fortunate as we remember that the Pangolin was really lucky to have escaped unscathed. We followed the pride for a while in the dark until they stopped at a dam for a long drink. It was the perfect final sighting to end a phenomenal afternoon. Now all we needed was to celebrate our good fortune back at the Lodge. 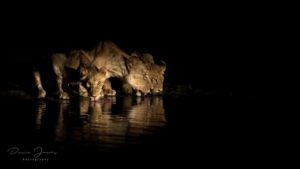 After the high of the previous afternoon we were not sure about the morning game drive, but we were keen to catch up with a leopard again. We need not have been at all concerned.

First came the Flat-Rock leopard, and while we photographed him our second vehicle found Hukumuri. Hukumuri was on a mound and then started to move around restlessly. When he saw Impala he chased them. It was exciting and the adrenaline rush was tremendous. Luckily, being photographers, cameras were not forgotten and action shots filled memory cards. 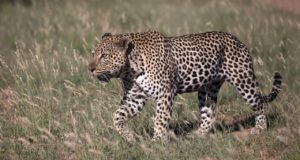 Then to our surprise we found the third leopard for the morning. The Tortoise-Pan Leopard was scent-marking as we followed his progress. He retired into in impenetrable palm thicket and lurked there for a while. But then hyenas appeared and when Tortoise-Pan saw that they had started to chase Impala, he dashed out of his hiding place, had a good look, but then slunk away into seclusion again. 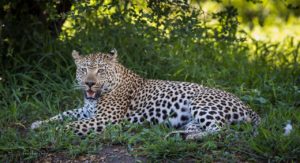 So after not one, but two amazing, epic dame drives, everyone is almost alternating between being speechless and then recounting excitedly the events of the drives – and of course there are ‘great expectations’ for our photo editing session …