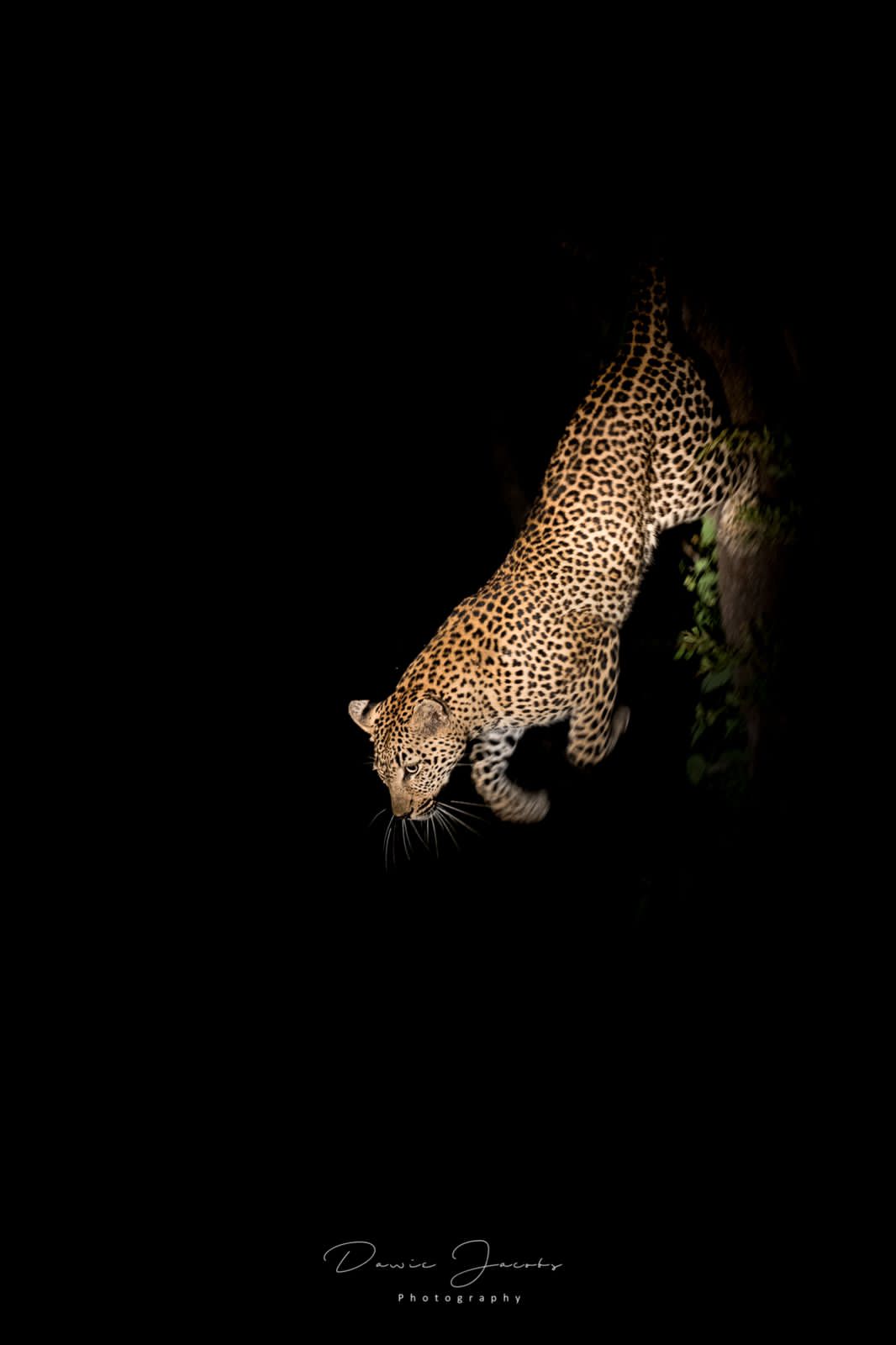 Dawie Shares his Experiences on the Elephant Plains Photo Safari:

When we start each game drive our aim is not only sightings, but also positioning ourselves so that each guest gets not just snapshots, but the best possible photographs to treasure and share.

With this in mind, our afternoon drive was really successful. The weather was cloudy, moody, with lots of thunder. Luckily the rain held off until after we returned to the Lodge in the evening.

We started with a visit to the area where we had seen the female leopard during the morning. We passed a rhino, and then luckily found the cat again even though she was quite hidden in a thicket. However, she was quite active and emerged to walk around and to pose perfectly for us on different termite mounds.

Impalas alarm called continually and we realised that there just had to be another leopard in the area. We searched, but the grass is so tall that it was impossible to find her. We later found out that the daughter of the leopard we had seen was also moving around there.

As we drove away towards the lions we found a leopard way up in a Marula Tree. 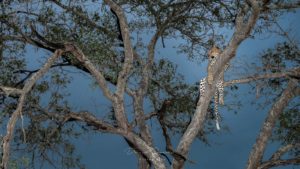 The dark, heavy clouds totally obscured the sun, creating a superb setting for photography. When the leopard came down and started to stroll around we were delighted to be able to follow her along the road towards the river. 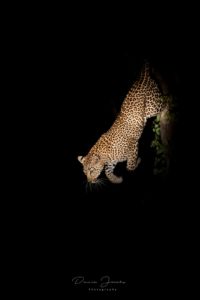 Then a bit of drama unfolded in front of us. We came across some hyenas and they immediately started to harass the cat. She realised that she was outnumbered and retreated to the safety of a tree where she remained until dark. 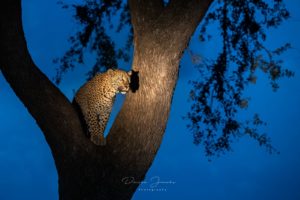 We needed to use flashes and spotlights to ensure that she was well lit and the focus of each image. The hyenas milled around the base of the tree while the leopard stared down and snarled menacingly at them. It was truly awesome to watch.

We remained with the leopard and hyenas, watching the hostile interactions until it was time to return to the Lodge. On the way back, our second vehicle came across the Tortoise-Pan Leopard, and stopped for a quick photo before he disappeared into the darkness.

Our morning drive found us on the way to find a leopard when we received a call about another leopard in a tree. We changed direction, hoping that with the storm, this leopard may have a kill in the tree with her. We found her in a Knob-thorn tree, but without a kill. However, she was most obliging and posed beautifully, looking this way and that, watching a herd of Impala.

Then the leopard descended from the tree and disappeared into the bush. After a welcome coffee break we went in search of the lions. We found them with an impala kill. There was little left of the carcass, and a few of the lions preferred to rest on a termite mound while the others continued to gnaw on the scraps that remained.

On our way back to the Lodge we heard that a leopard had been spotted in a tree very close to the camp. We detoured that way, but by the time we arrived he had disappeared, leaving only his kill in the tree. There are many hyenas around, and hoping that he will return to the spot later today, our afternoon plan is to start at that tree …