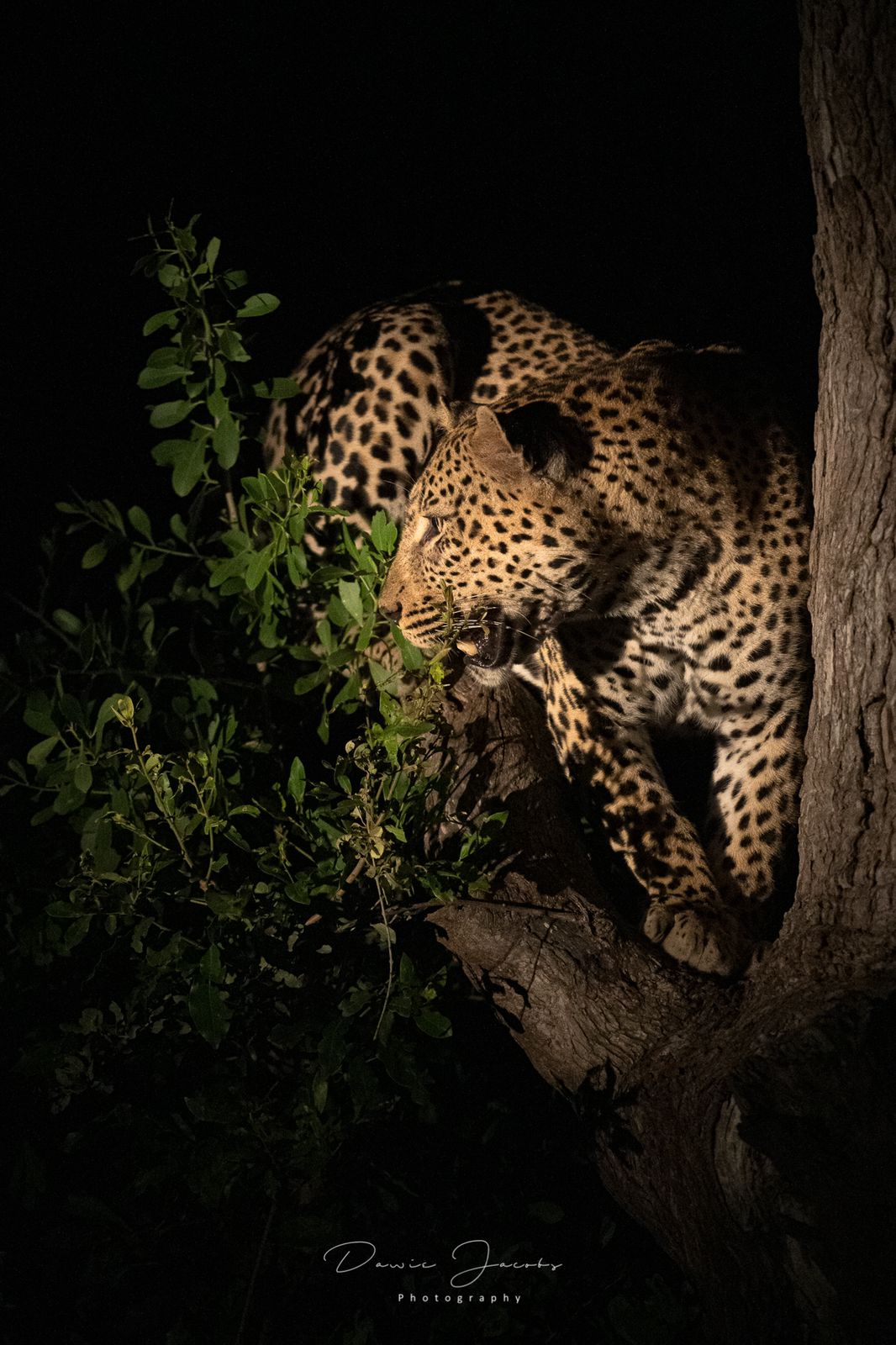 Leopard Dodges Hyenas, Only to Encounter an Elephant at Elephant Plains in the Sabi Sand Game Reserve …

As we started our afternoon game drive, we almost immediately found a herd of elephants feeding very close to the camp. One of the young bulls spotted us and decided that it was time for a show-off session. And did he ever strut his stuff! He came up to the car, demonstrated his importance and ended with a big, noisy trumpet. Having made his point he (and we) left peacefully!

We drove around quietly for a while, stopping to photograph different Plains animals and then a rhino. Wildebeest, hyenas and jackals all grabbed our attention and we were able to get some excellent shots of them as well.

The afternoon progressed toward evening and that was when we received a call to inform us that the Tortoise-pan male leopard had a kill very close to the Lodge. We dashed there and found him in a tree, positioned well for our photographs. We needed to use flash and spotlights as darkness started to envelop the area. The results were superb. 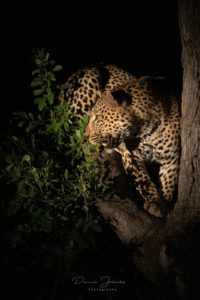 Eventually the leopard jumped down from the tree to reach his kill, and as he tried to avoid five rather menacing hyenas he unfortunately ran straight into an unwelcoming elephant that had stopped for a drink at a pan close to the kill. The hapless leopard had to disappear from the unimpressed elephant while continuing to evade the hyenas.

We returned to the Lodge, totally thrilled with a most amazing afternoon, and already looking forward to the morning excursion.

Obviously as soon as we set out the next morning we went directly to Tortoise-pan leopard to check how he had fared overnight. We arrived to find him climbing down from the safety of his tree. He strolled past our vehicle a few times as he checked around, before he took refuge in a thicket very close to the Lodge and away from the hyenas.

Further on we again encountered the rhino and plenty of Plains animals.

During the night we had heard lions calling again and again, and decided to move towards the area where the sound had came from. We found the lions sprawled out in the open near to the airstrip. There were fourteen in total! Wow! They looked amazing in that setting, in the early light, relaxed and together like that. It was fabulous. We had plenty of time to photograph them from every conceivable angle, high, low, from this side, then that, creating dozens of remarkable images in the process.

Our next destination was in a northerly area where we hoped to find a female leopard. But as so often happens in the bush, our plans didn’t work out. But we did come across a male lion dozing in some tall grass. 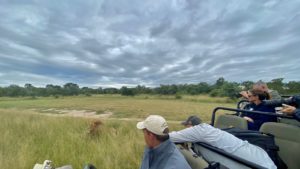