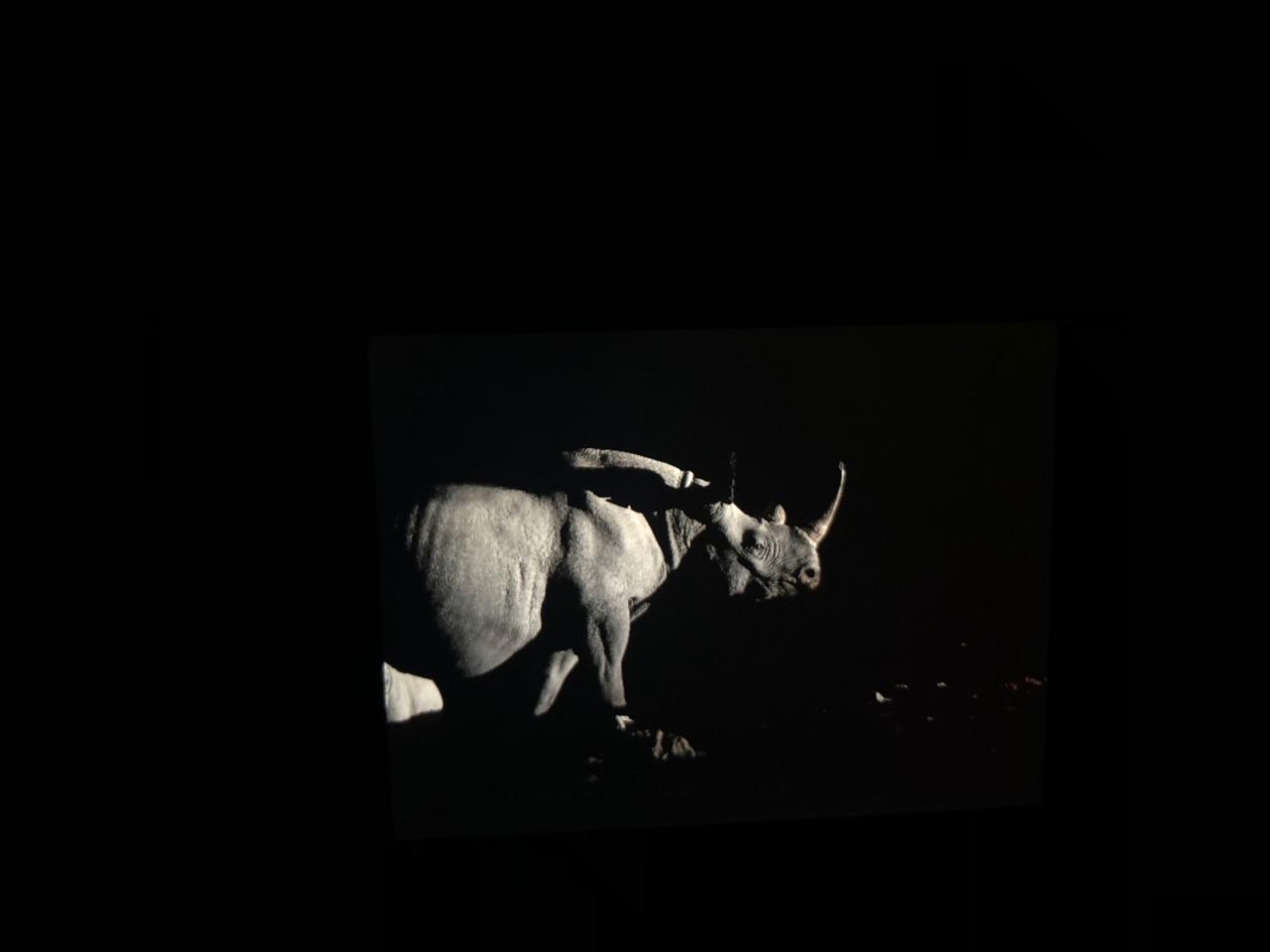 Into the Night with Rhinos, Elephants, and …

We left Swakopmund after a leisurely breakfast and drove to Etosha where we arrived during the afternoon. We immediately started to prepare for our first evening shoot at the waterhole next to the camp.

After dark we settled at the waterhole with our cameras – and our first visitors arrived almost immediately. A couple of elephants pitched up for a long drink and they were barely out of sight when the first Rhinos arrived. In total we saw around five Black Rhinos. We used our flashes to get some superb images of the huge animals in the inky blackness. 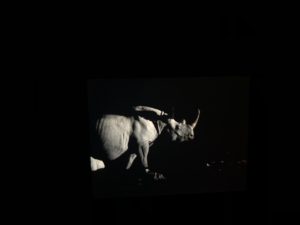 We remained at the waterhole until five or six lions arrived. At the time a female Black Rhino was at the water with her calf, and the lions showed more than a passing interest in the little calf. But the Rhino mother was very protective and the lions heeded her angry warnings and retreated without attempting any attack.

We didn’t only see elephants and Rhinos – giraffe, a pack of hyenas, and Springbok also visited the waterhole and many of the guests remained to see who would arrive next, although a few opted for bed after the lions had left.

The hardier guests actually remained through the night and joined the morning game drive with plenty of coffee but without any rest.

We headed to one of gathering points for animals not far from the camp. At this waterhole we had an almost nonstop procession of animals that arrived to drink. Plains animals like zebra, springbok, and Oryx arrived. We waited for any cats to appear, but when we saw none, we decided to move to a different waterhole. 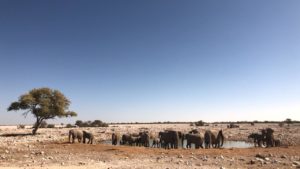 And wow! That was a superb move. We saw a total of three Honey Badgers that were out foraging. We photographed them digging in the sand.

When we returned to the waterhole we had left earlier we found plenty of zebras running hither and thither, creating dust and plenty of action. Then another herd of zebras arrived and marched in an orderly single file to the water’s edge. Ostriches and more oryx completed the idyllic picture.

For our afternoon drive we headed in a different direction. We passed plenty of Plains game again, and when we neared the waterhole at our afternoon destination we were taken aback to see so many Black-backed Jackals. They moved in all directions and some even came to investigate our vehicles. As we looked around we spotted two lionesses on a nearby ridge. There were zebra, wildebeest and oryx wandering around, but although the lions kept an eye on them, there was no actual hunt.

Then one of the jackals wandered too close to the lions, and a lioness leaped up, ready for action. The jackal got quite a fright and retreated in a flash – the lions settled down to sleep. They were disturbed from time the time when different animals wandered close to them, but again, the lions were spotted as soon as one lifted a head, and they were given a wide berth.

On our way back to the camp we passed Kori Bustards and jackals.

After dinner we went to the waterhole where we again found visitors. A female rhino was there with her calf (maybe the same one from before), but there were no elephants. A male rhino stood right next to the water’s edge and seemed to claim the water for himself. He was reluctant to allow the female and calf closer.

The safari guests who remained for much of the night were able to photograph giraffe drinking in the night and then four zebras arrived, lined up and drank together in a line. And many Rhinos appeared through the night, keeping those alert enough to remain awake busy until the early hours of the morning.

As tomorrow is our final full day here, we really want to make the most of every opportunity …