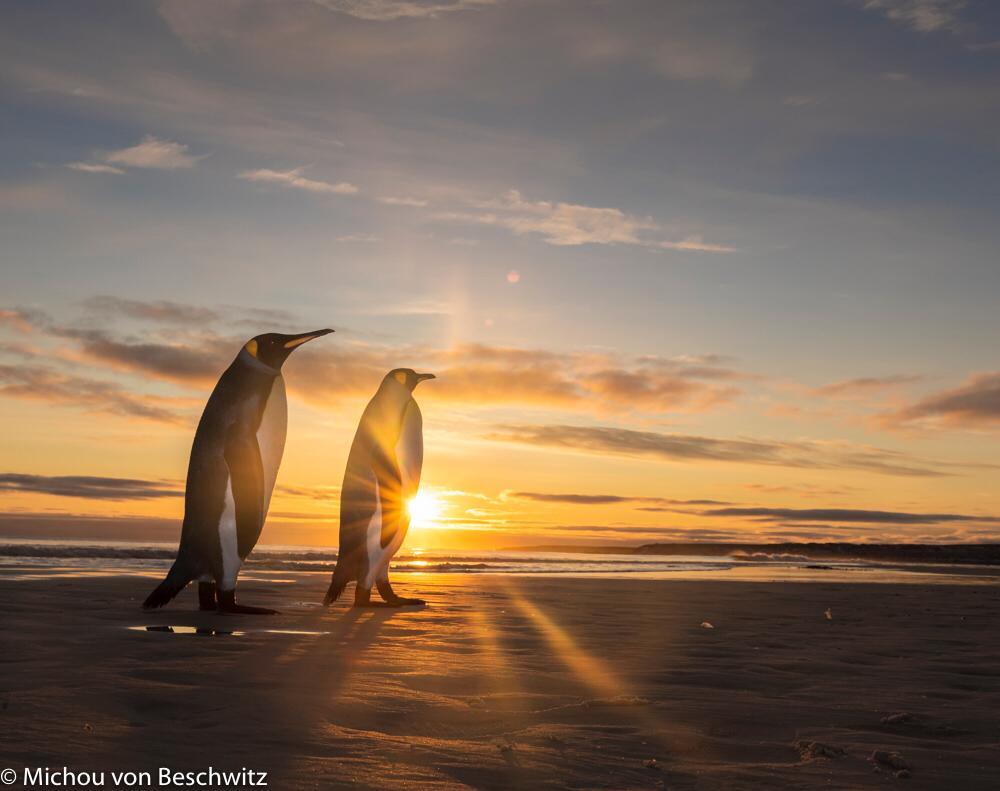 After everyone arrived at Stanley (Falkland Islands), and boarded our yacht we were ready to set sail for our four day journey through the Scotia Sea to reach the island of South Georgia for the best possible opportunities to photograph King Penguins. The scenery is magnificent – beyond mere words! 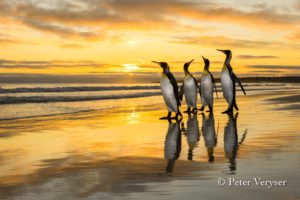 It was fabulous, with breathtaking sunrises and plenty of penguin action. 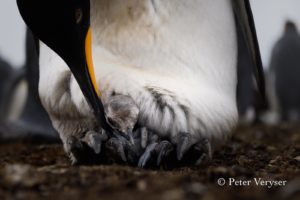 The breeding colony was very busy, and because hatching had occurred very recently, numerous penguin chicks nestled on their parents feet, where they were fed by parents. 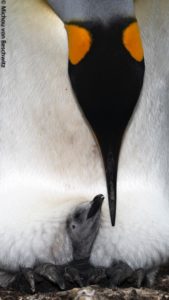 The commute to and from the beach, where adults returned with food for their mates and for the chicks was busy, and we were able to point our cameras in almost any direction for amazing sightings, and TuskPhoto guests were delighted with their results. 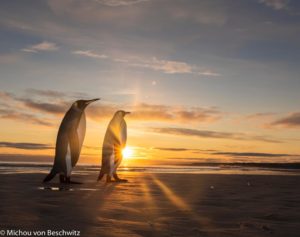 Guests Peter Veryser and Michou von Beschwitz have shared their images here for you today.

Besides the King Penguins we photographed Magellanic Penguins with their distinctive stripes that contrasted with their white fronts. Gentoo Penguins were also easy to identify with their stark black and white outfits. 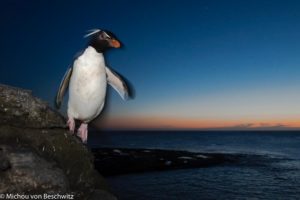 Our underwater photography also turned our well, and our images of successful. King Penguins swimming in a shallow lagoon were particularly successful. 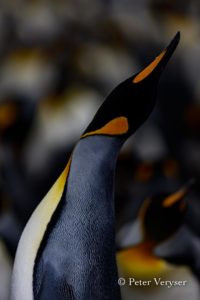 We left Volunteer Point and returned to Stanley where we encountered some rather bad weather with strong winds that prevented our departure and we remained in Stanley for that night. 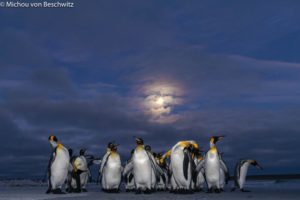 When the weather improved we were able to fly to our encounter with Rockhopper Penguins with their rather comical yellow hairstyles. We had to remain on the island as the weather turned again and we were unable to fly. We were delighted as Bleaker Island is rugged and beautiful and we relished the chance to spend more time with the Rockhoppers and also the Shags that abound there. 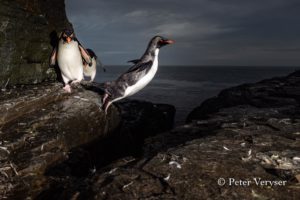 The photographic opportunities were almost nonstop and we made sure that every moment counted. 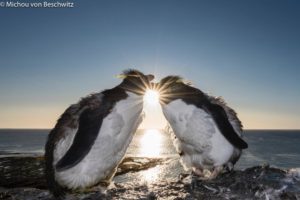 Everyone is in high spirits, delighted with all aspects of our photography and looking forward to the next exciting chapter of our amazing Falklands Photo Tour … 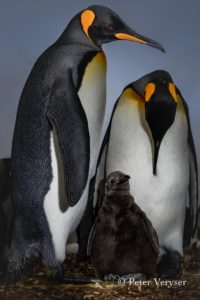