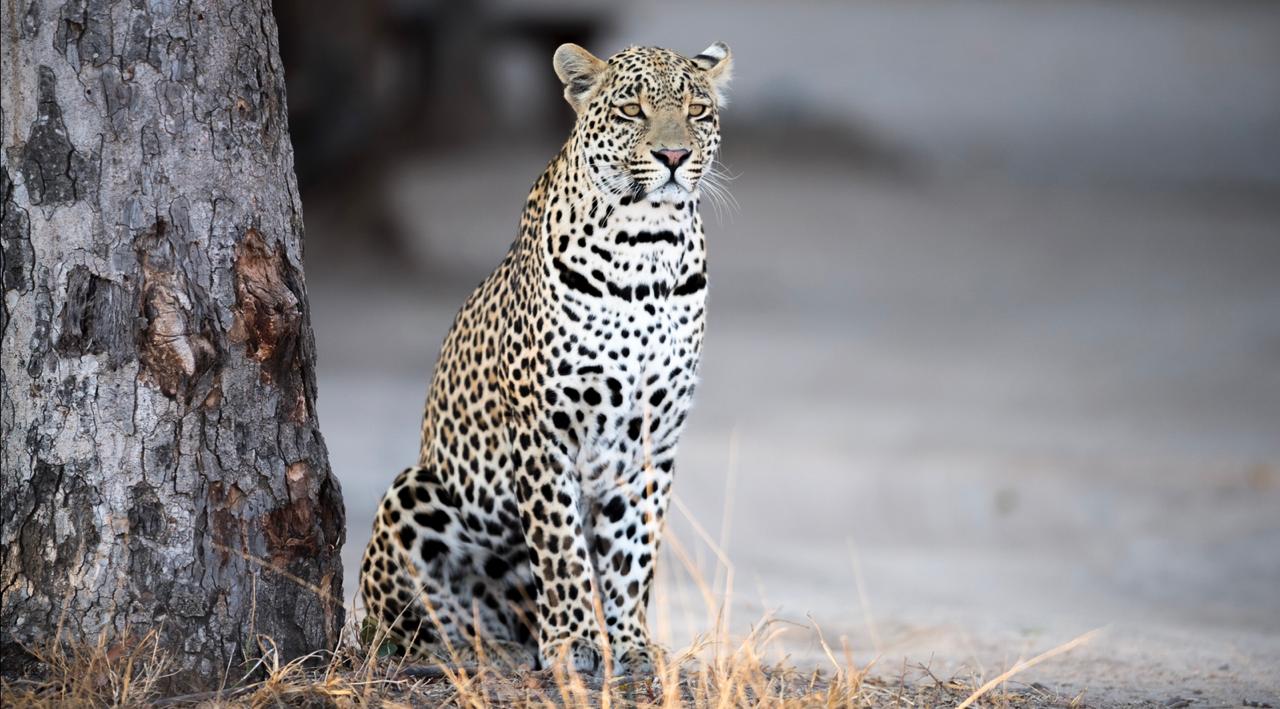 On our final morning at Elephant Plains we went in search of the mother leopard once again. We found her tracks and they pointed in the direction of a drainage line. We followed the tracks and there we found the cub. The little one was very active and moved along energetically, barely giving us time to grab a photo here and there. But the thrill of just being with her is of course beyond anything.

We continued, and stopped for many Plains animals again. We found many very stately, handsome and photogenic large male Kudus that looked quite splendid in the early light. We arrived at a waterhole and noticed a buffalo making his way for a drink. We waited for him, and he obligingly stopped across from where we positioned ourselves, where he enjoyed a long, thirsty drink, and created stunning reflections in the water to enhance our photos. 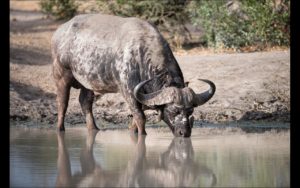 We headed back to the Lodge and it felt like moments before we were able to set out for the afternoon game drive.

We tracked a different female leopard for almost an hour. It was enthralling and exciting to observe the signs that indicated where she had been. We gave up when we heard about another female leopard. 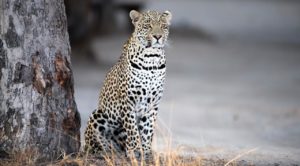 She was hunting and had her sights on a herd of kudu. This was really ambitious as she is a small leopard, and maybe she realised this because she changed her tactics and went after a Meller’s Mongoose instead. We continued to follow her as she examined the bushveld carefully, checking for something to hunt. 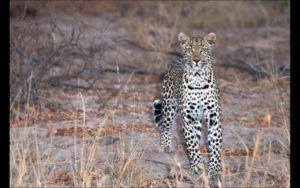 When we went to follow up on earlier reports about a male leopard we suddenly heard a commotion not far away as hyenas fussed loudly in the way that they do when excited about something. They were fighting over an impala kill! It was chaos, and the feeding frenzy, dashing back and forth, the noise, dust, and continual fights created a chilling level of excitement.

In the middle of the turmoil we were alerted to the presence nearby of a male leopard. An unbelievably this was a one-eyed male. He was high up in a tree, very relaxed as he peered down and around at the surroundings from time to time. Then he decided to descend from the tree to visit a waterhole and to move around until we lost sight of him and it was time to return to the Lodge and review our amazing images and recap another phenomenal day …