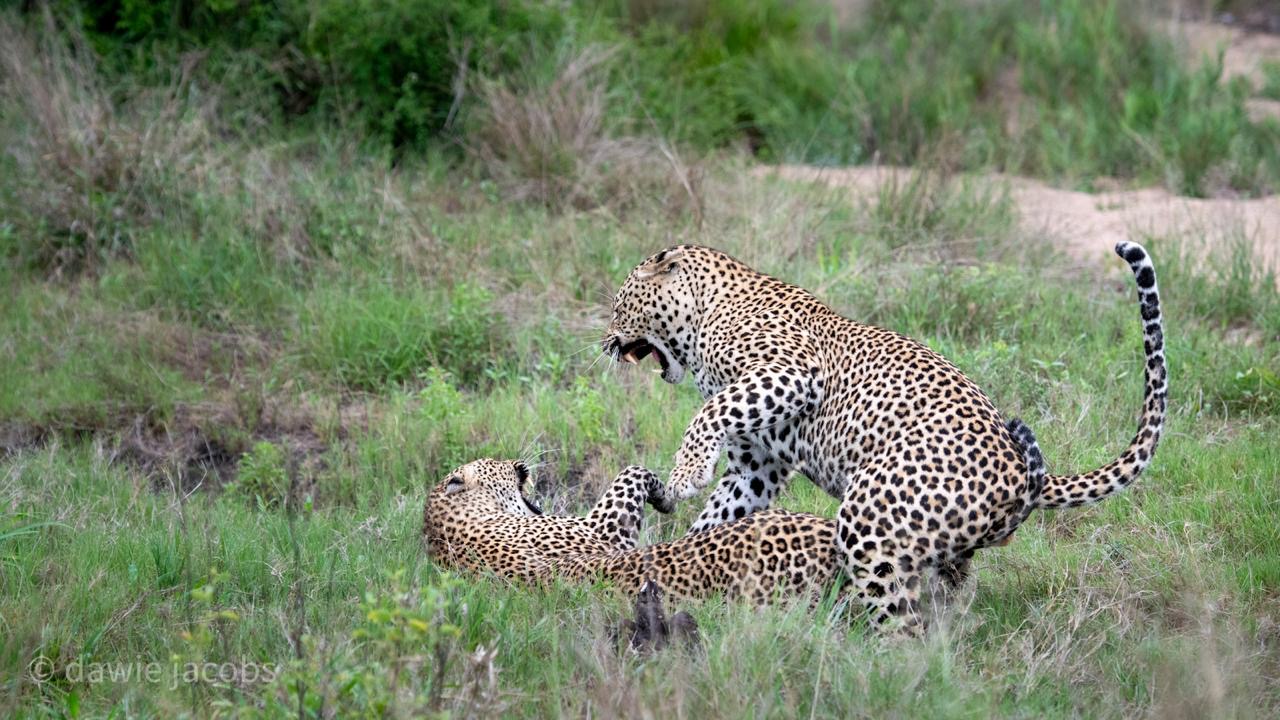 By Karen DentonNovember 27, 2020Sabi Sand Photo Safari
No Comments
Dawie Shares Two More Phenomenal Game Drives on the Elephant Plains Photo Safari
Our incoming TuskPhoto Safari guests gathered by lunchtime, and again, hearing about the unbelievable sightings of the previous days they were ready for that first game drive.
And what a drive it was! The afternoon was rainy and gloomy, and we decided to see if Tortoise-Pan Leopard was still around. Oh yes! There he was, resting and posing magnificently on a fallen log. No-one could ask for a better intro to Elephant Plains. We practiced portrait shots, fill-in flash, High Key, different angles. Tortoise-Pan cooperated like a seasoned model. He was fabulous! 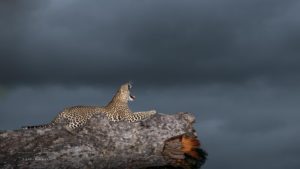 We moved away from the leopard to give another group the chance to experience the thrill.
On our way to locate the lions we had seen previously we saw three Wild Dogs. They crossed the road, and we managed a quick grab a shot or two before they trotted off into the bush.
Also on the way to the lions we encountered Hukumuri as he walked down the road straight towards us. We just had to spend time with the leopard and kept up with him as his made his way along to a termite mound where he settled. 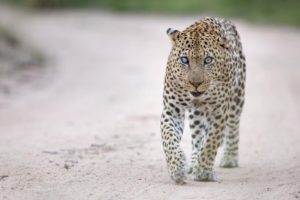 You would think we would now go to the lions, but no! We heard that another male leopard – this time it was Tingana – was heading our way. We had a superb sighting as he also walked down the road towards us and also chose to rest on a termite mound. From the mound he scanned the area, very alert, and each time he heard a sound in the bush he examined the area intently. He was so intent on searching for Impala babies that he totally ignored a scrub hare that appeared right next to him. When he heard impalas calling in the distance he went off to investigate. 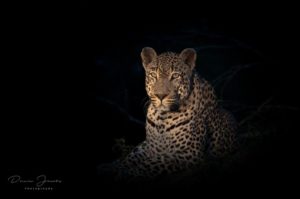 Finally we reached the lions. As we arrived a soft rain started, and although conditions weren’t great for photography, we did what we could.
We started to drive closer to the Lodge in case the rain increased. To our surprise and delight we came across two Honey Badgers. They dug in the ground, searching for dung beetles.
And to finish off that superb afternoon we also saw elephants and rhino. Wow! What an afternoon!
The morning weather was still gloomy when we set out for our early drive. Once again there was plenty to see and photograph. Elephants, Rhino, Giraffe, Zebras, Impala, Zebra, Hyenas, Chameleon … the list goes on and on. 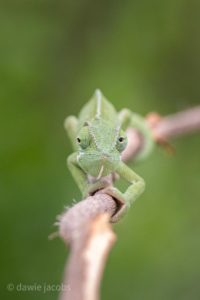 Then we bumped into Tortoise-Pan not too far from where we saw him previously. And not only that – he had found Tiyane and the two were mating. Everyone grabbed their cameras and will go back home with some amazing shots. The Leopards made their way along the river bed, and when they stopped for their amorous activities our cameras were busy. 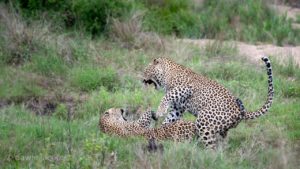 On the way back to the Lodge we encountered more hyenas, and marvelled at the large number of baby impalas around.
Our afternoon drive will probably start with a search tor the honeymooners again …