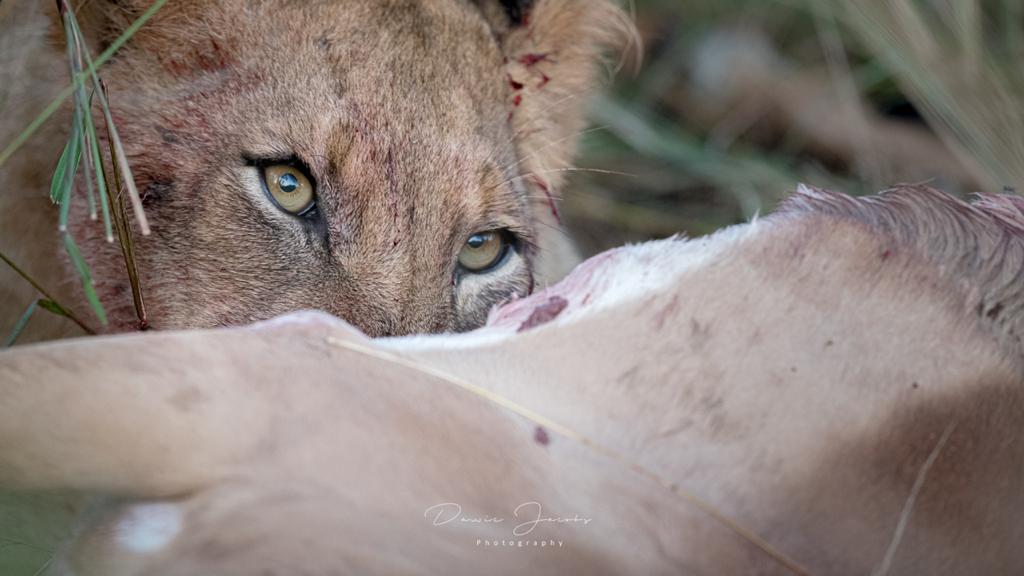 It was really hot when we set out for our afternoon drive, and it was wonderful to see that elephants took full advantage of the high temperatures They spent ages playing in water, bathing in mud, splashing themselves and each other, Jostling, nudging, and getting as much mud as possible caked onto themselves. Their cavorting was tremendous fun and we enjoyed every second. To add to the jollity, babies tried their best to manoeuvre their trunks in the shallows, looking so cute and adorable that we simply could not move on. And then one of the youngsters, while playing in the mud, nearly got stuck a few times, giving us even more entertainment.

We eventually dragged ourselves away from the high-spirited herd, and went in search of leopard tracks. We found plenty of Plains animals again, and we came across a male White Rhino out in a large open area. We stopped slightly below his level, and from that position we captured some low-angle shots. He looked so very impressive. 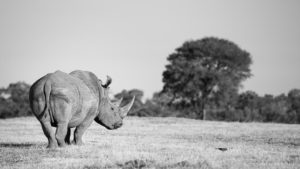 After the rhino sighting we moved to a lioness with her cub. She had caught an impala, and we spent some time with the two of them. They were not in the best position for photography, but while they were feeding, and looking around, we managed some really good portraits of the two cats. 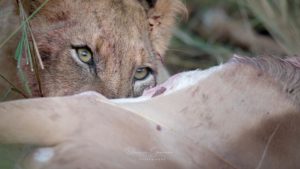 While photographing the lions we heard that a female leopard had been spotted. We caught up with her, and she obliged us with some superb views, including a few walk-bys. Then a hyena suddenly appeared, and chased her way up into a large Marula Tree. She settled down to rest in the tree, and as it was dark we used spotlights for some iconic shots.

On the way back to the Lodge we stopped for some interesting spotlight photography of a chameleon. We managed to position ourselves to get the full moon into some of our images. 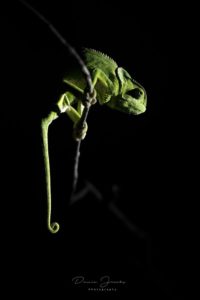 Our morning drive started with a search for the female leopard. She was right on the boundary, and luckily for us she decided to head in our direction. She made her way along the riverbed, sniffing and scent-marking as she progressed along. We kept up with her until she entered an area with really thick vegetation. However, our experienced trackers found her again.

While we looped around searching for signs of the leopard we enjoyed another delightful elephant sighting. They were swimming and playing boisterously in a dam, and again we simply had to stop and relish the scene. Hippos watched the elephant antics, but had no reaction to their presence.

As we returned to the area where we hoped to see the leopard again, our tracker pointed, and yes, there she was. She was in thick bush, but emerged almost immediately to join us on the road. After a few walk-by’s again to please us, she lay down to rest.

After that really enjoyable morning we turned towards the Lodge, sorry that it was over, but looking forward to a meal and some photo editing …