Ben’s News from Rausu in Hokkaido on the Tusk Japan Wildlife Photo Tour:

We were out extra early this morning to catch a most spectacular sunrise. The black and white of the Sea Eagles contrasted beautifully with the sky and the stark white ice, and once again our cameras hardly paused.

We photographed directly into the east until the sun was well and truly up in the beautiful sky, and that was when we switched to aim westward. We photographed with the light as hundreds of Eagles provided nonstop action again. 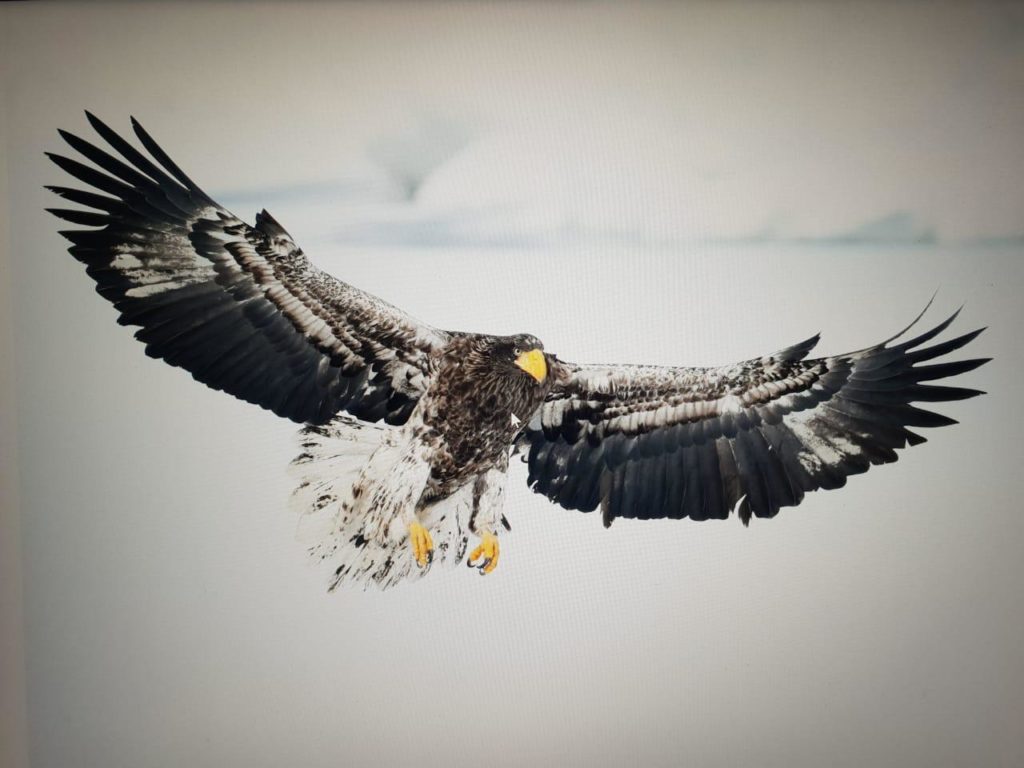 There is a very long stretch of pack ice that has drifted all the way here from the Kamchatka Peninsula in Russia. And on the ice there are so many birds roosting that it is difficult to describe the impact of the sheer numbers. When one sails close to the pack ice the first thing to strike one are the countless black dots that cover the white ice from one end to the other. And then, moving closer the dots develop into two species of Eagles – the huge Steller’s Sea Eagles and the smaller, equally beautiful White-tailed Eagles.

The birds are scattered as far as the eye can see. It is a sight that imprints in one’s mind and the area should appear on the bucket list of all serious wildlife photographers. We really feel so privileged to be here and to see the birds in person and to capture those iconic images.

And of course as mentioned before our Tuskphoto group has a boat not only to ourselves but also for at least six hours. And each and every photographer utilises each and every special moment here at the floating pack ice. We again amassed hundreds of photographs during the course of the morning.

Tomorrow the weather forecast is for a cloudy day which should be beautiful because the clouds act as a soft box, and the diffused light can really add a special dimension to our photography …