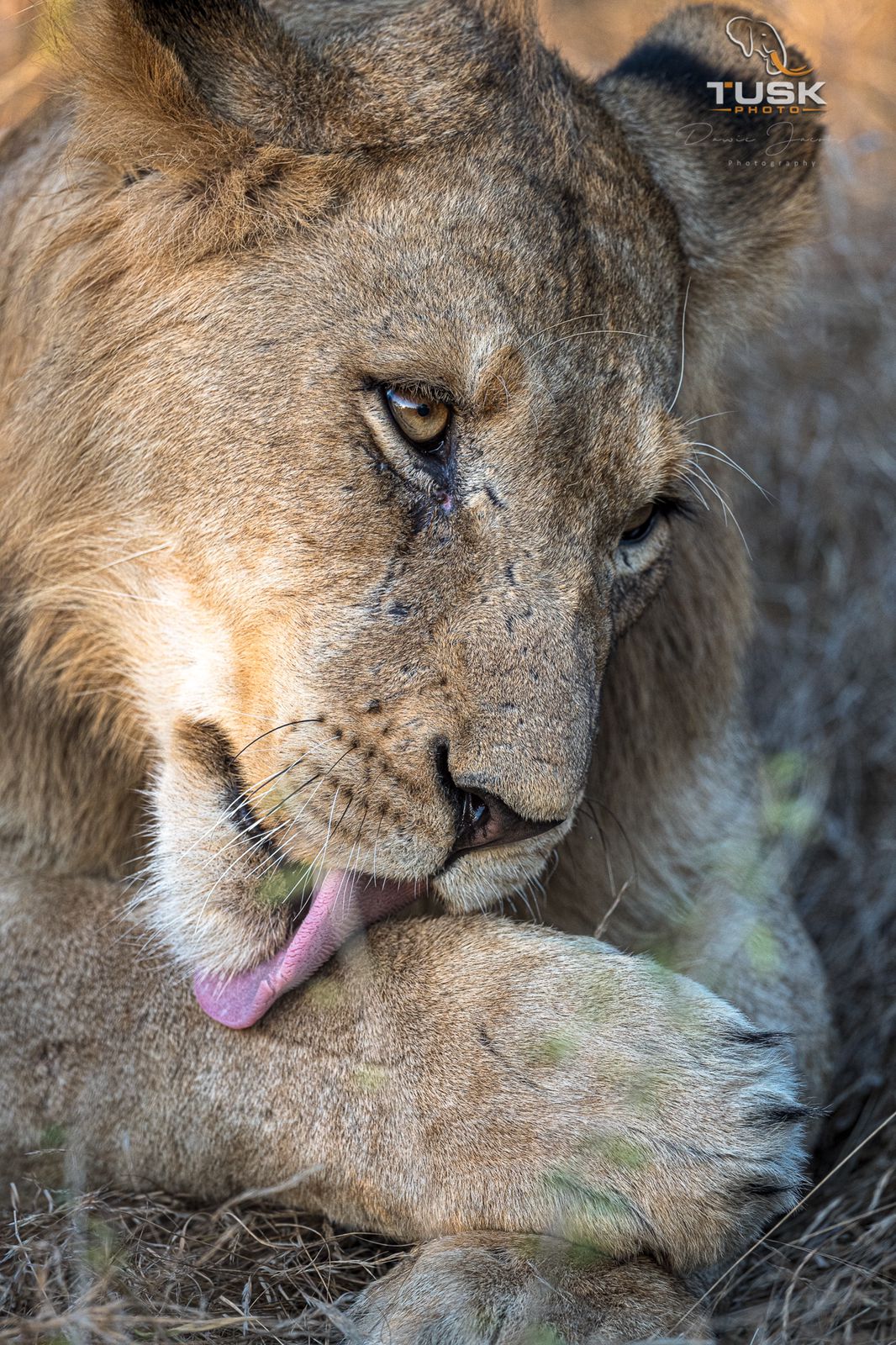 It was lovely to see glorious lighting conditions when we set out for the first game drive with our new Tusk Safari Guests. And we didn’t need to look far for suitable photography material. A herd of elephants at a waterhole splashed and enjoyed a long drink while bathed in that late afternoon glow. 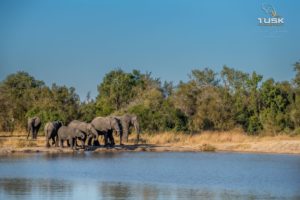 Realising that the lions we had seen earlier should be getting ready for their evening activities we visited them, and sure enough, they were waking and grooming one another before starting out. The golden light was perfect again for some superb shots, and to our delight some of the subadults were most inquisitive about us and scrutinised us thoroughly. 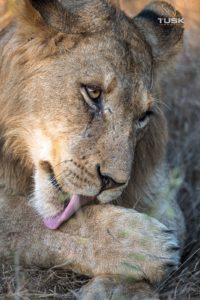 We moved on and saw a third member of the Big Five. A White Rhino accompanied by her calf proved to be a popular sighting with everyone.

It was quite dark by the time we decided to check on an elephant carcass. We found a lion feeding, and used our spotlights and flashes to illuminate him. After eating his fill he settled  close to the remains for a rest. We were able to continue photographing him until it was time to return to the Lodge for dinner and an early night.

During the night and early morning hours we heard lions calling again and again. We found them stalking a herd of impalas, and kept our distance so as not to interfere with any chance of success. However, they were unsuccessful anyway, and as we had a good view of the pride we remained with them for a while longer – until we heard more lion calls.

We decided to investigate these calls and found a solitary male lion as he arrived at a large waterhole. He stopped for a quick drink, and then continued his search for his brother, still calling repeatedly.

Now it was time for a leopard sighting. A report about a leopard on a termite mound had us scurrying to that area where we were rewarded with an amazing time with the beautiful animal. She cautiously started across a large open field where two male impalas battled furiously against each other. She watched the sparring intensely as horns clashed and as they pushed and shoved one another. However, she did not appear to be particularly hungry, and after watching the entertainment for a while she wandered over to a termite mound. 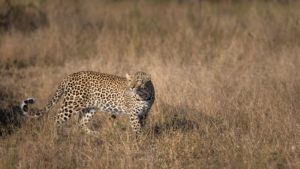 We could hardly believe what happened next ! …

The leopard suddenly disappeared into a hole into the termite mound. We watched, bemused, until a while later she resurfaced … not a sight that is seen too often!

After a stop and coffee at a dam we meandered back to the Lodge, ready for our photo editing session …