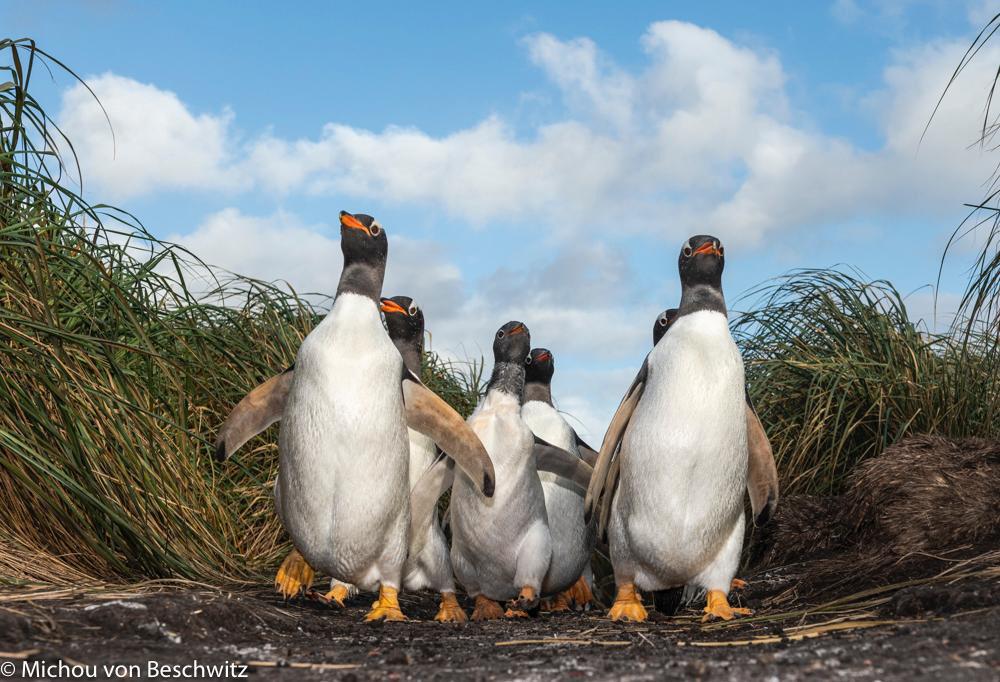 The next day we set off for Sea Lion island where we spent five nights. The island is a nature reserve, with large Gentoo colonies. Around nine thousand Gentoos live on the island. 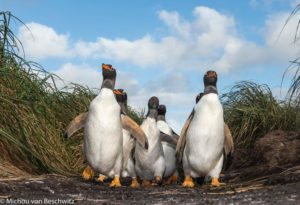 The chicks have grown and there is plenty of interaction when the parents return from the ocean with krill.  Excuse the chicks are large and not in their nests any longer and wander about freely. When the adults return from their day in the ocean they have to locate and reunite with their chicks, and some adults actually get mobbed. 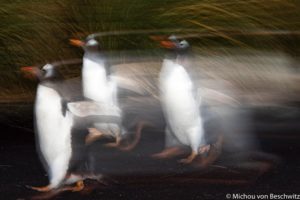 The adults verify which are their own chicks by running away, and the youngsters waddle after them. It is really hectic, and the sight of chicks pursuing adults, while the parents run as fast as they can is one of those sights in nature that one will never forget. 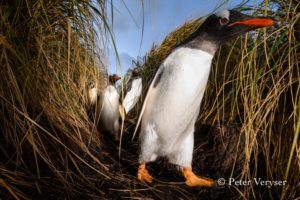 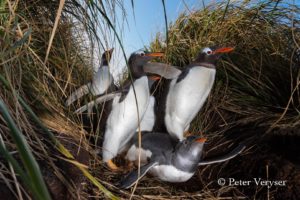 Another sight that remains with one is the adult Gentoos … 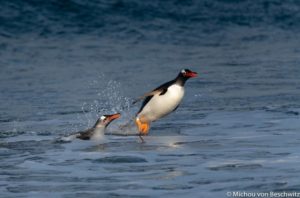 … as they return to the island after their day collecting krill in the open ocean. 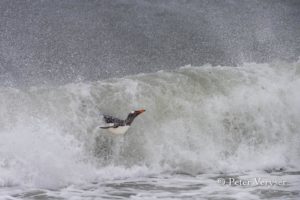 As they return the Penguins leap out of the waves as they crash onto the beach. 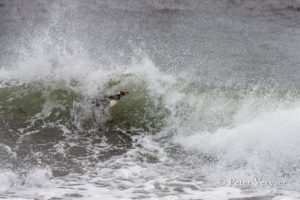 This activity kept us busy and we never tired of the sight. 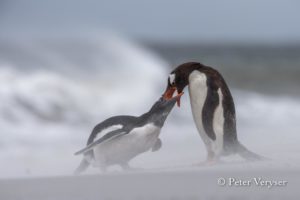 The island also has a good Elephant Seal population that we visited and photographed during the early morning and late evening hours. 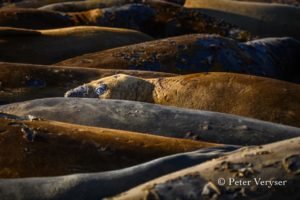 In addition to the Penguins and seals, 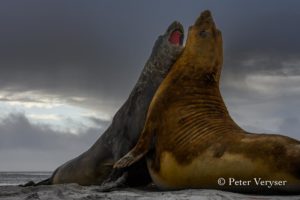 we also saw Magellanic Snipes. They are beautiful and we saw then when we left or returned to our Lodge. The birds stuck to the grassy areas, and provided numerous photo opps each day. 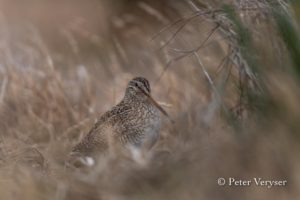 One evening we concentrated on Imperial Shags that roost on a large flat-topped rocky cliff. Many thousand of birds inhabit that cliff, and we spent our evening photographing them as they flew back to their nests in quite stormy conditions. 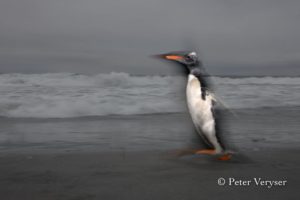 Our time on the island flew by, and before we knew it the time had come to leave – with great reluctance! 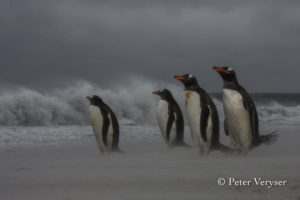 Looking forward to our next adventure…