Celebrations in the Bush … 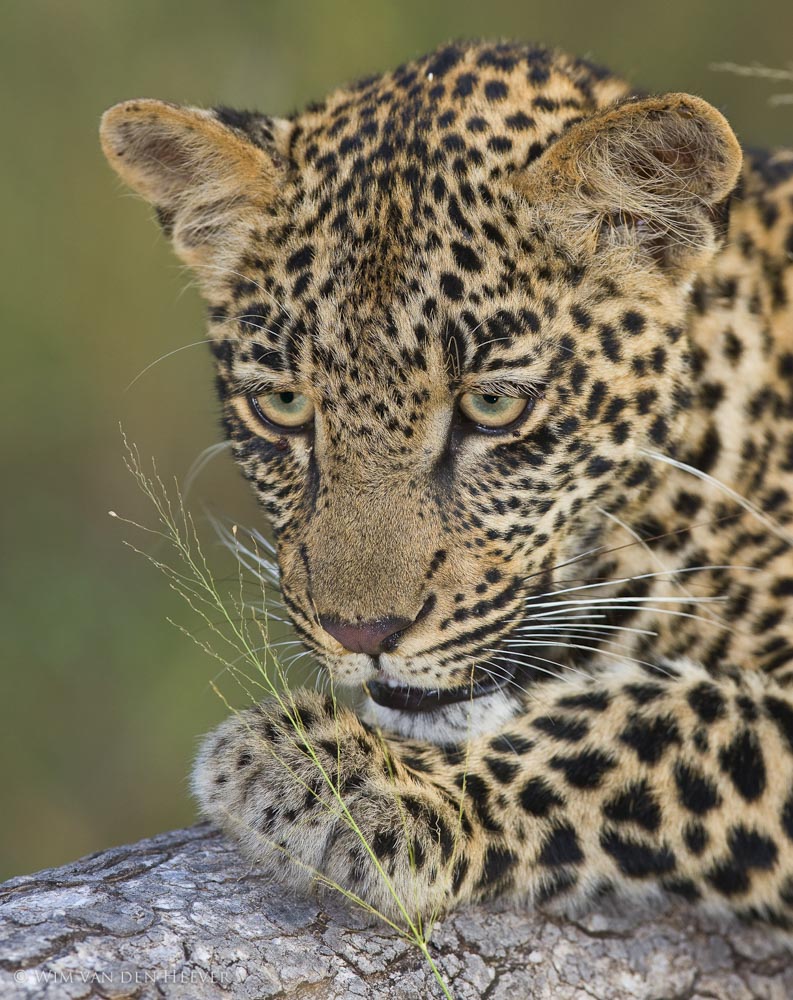 We had an exciting start to our Sabi Sand Safari – and it did not involve a game drive. The Tusk guests were all gathered on arrival at the Lodge to watch the epic Springbok vs England World Cup Rugby game. The jubilation when South Africa triumphed set a jubilant mood for our first afternoon venture into the bush and even the devastated guests from England could not suppress some celebratory feelings.

After lunch and a briefing we set out and within moments we found Tiyane’s eleven month old cub watching us from the lofty branches of a Jackalberry Tree. 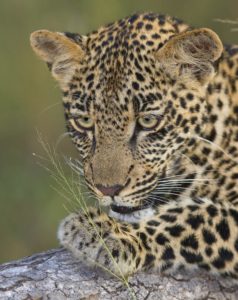 The young leopard was draped over a branch of the tree, looking very relaxed. 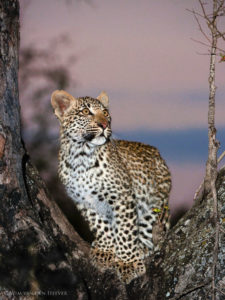 When we left the cub it we didn’t go far before we came across a pride of eighteen lions. They were  were sprawled out over a largish area, and we photographed many smaller groups. We remained with them all for a long time as the sun approached the horizon and the golden light and the deep blue sky created perfect photography conditions for us. We concentrated on a few lionesses and their cubs placed as though posed specially for us on a big termite mound. In the foreground the small cubs gazed at us, played, tumbled over the lionesses and stopped regularly to suckle before they continued their cute antics. The whole scene was overlooked by two enormous male lions that alternately dozed and gazed around. 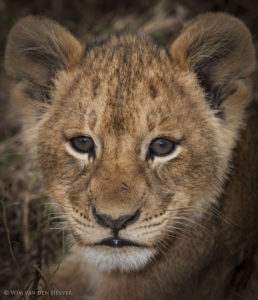 As the sun started to set the lions started to move. Less than two hundred meters further down the road we encountered a herd a elephants. They were not that visible in the dusky light, but what was exciting was their interest in our vehicles. They came right up to us, had a good look, and sniffed curiously at us. We sat about a meter away from them, quietly enjoying the encounter.

On the way back to the Lodge one of the guests from the USA expressed his delight with seeing Leopard, Lion, and Elephants on his first safari drive – a wonderful birthday surprise, and hopefully more awaits tomorrow ….