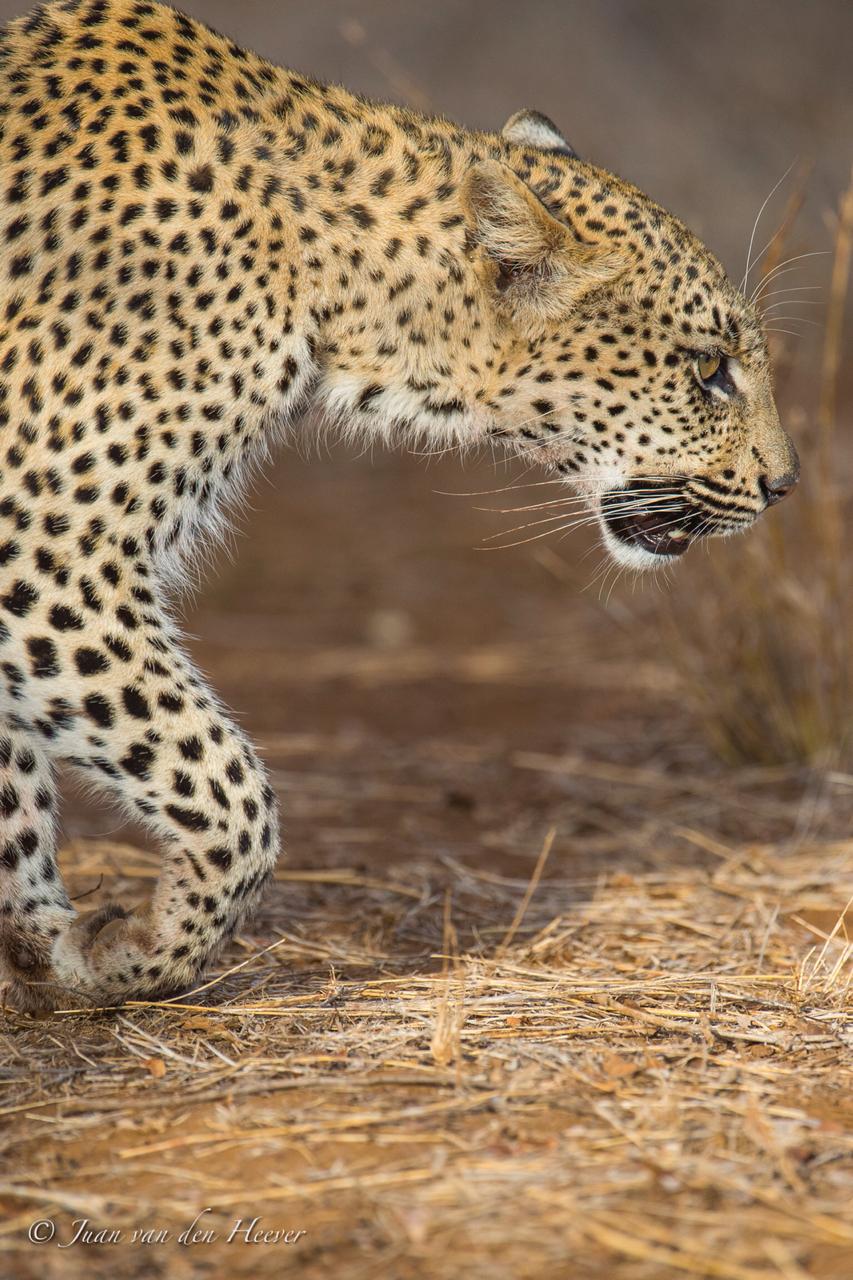 The final safari for the first group got off to a great start. On this trip we had already seen four of the Big Five. So, after Lions, Leopards, Elephants and Rhino, all we needed was a buffalo sighting. We had hardly expressed this thought when as though in answer, there they were. Ten male buffalos at a waterhole. Buffalo have been rather scarce in this area since the drought that caused so many of them to die about two years ago, However, it is wonderful to see herds returning to this part of the world, and of course we were all ultra-pleased with the sighting.

We moved on and found leopard tracks that we immediately started to follow. Suddenly a Wild Dog came hurling past us in pursuit of some or other prey that we could not see. We changed direction to chase after the dog, but it was running at full speed and was far too fast. It soon disappeared out of sight.

But again luck was on our side and we found eight dogs a while later. They were heading out of our area to their den in a neighbouring reserve, and we were fortunate to catch them before they were gone. 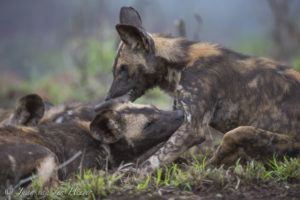 Immediately after we left the dogs we spotted a female leopard with her cub. They walked through some beautiful terrain bathed in glorious early morning light. We remained with them and saw them move into a drainage line. As the mother walked out of the drainage line again she flushed a Scrub Hare out of a bush. At first she chased it rather half-heartedly, clearly not expecting to catch it. But when the Scrub Hare dashed up the road and around a corner she trotted up to find it and saw it again. 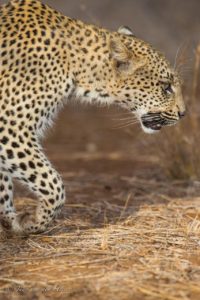 Then her demeanour changed, determination emerged, and she went after the hare with full intent and at full speed. It was quite a chase – through the bush, and then finally back onto the road about 10 meters away from us. A huge cloud of dust enveloped them – adding to the drama of the chase – and the outcome. She caught the hare in front of us, and took it to the cub waiting patiently in the drainage line.

It was time for us to head back to the Lodge for our Tusk guests to depart and to welcome the new arrivals. And what a report we had ready for the newcomers – buffalo, Wild Dogs, a leopard and cub, a chase and a kill … whew! No wonder the guests cant wait to return …