Another Wild Start to Another Amazing Safari … 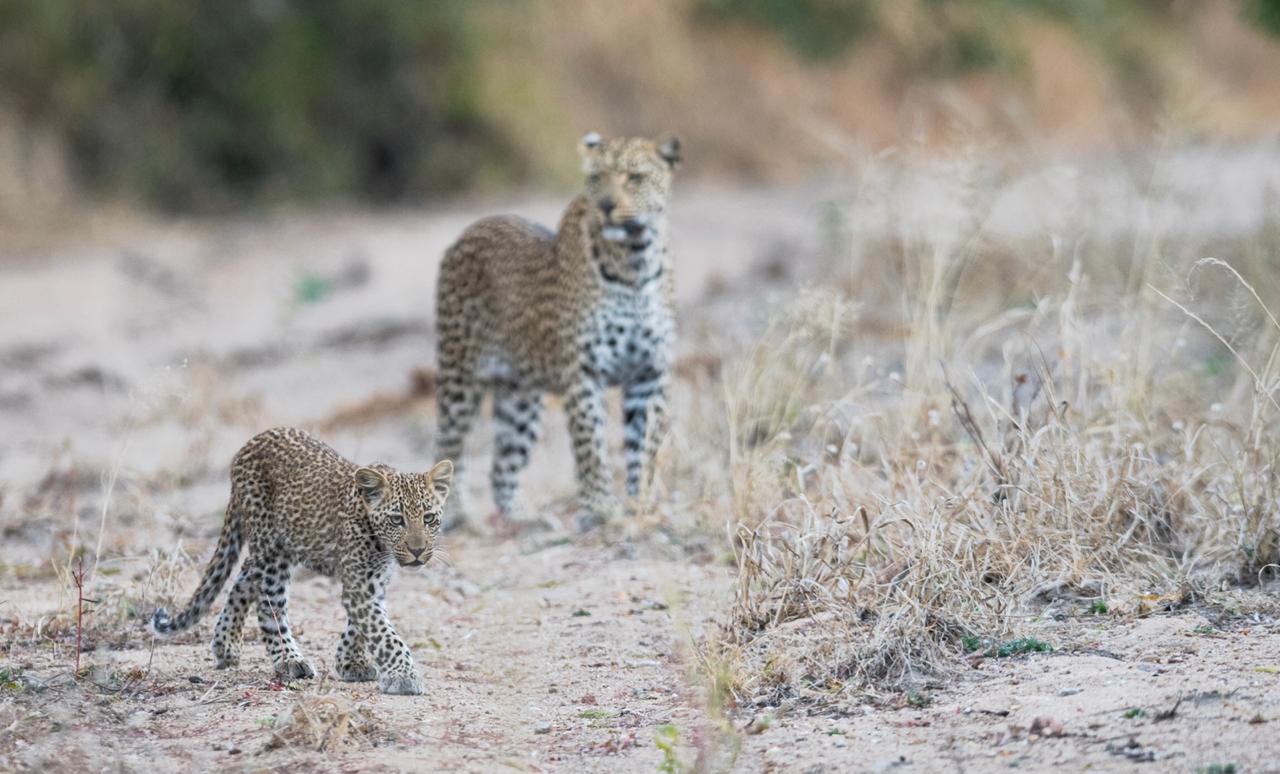 We arrived in time for lunch, a briefing and getting-to-know each other session. Then we set out on our first drive. Our expectations were high because the staff informed us about a female leopard that has been hanging around for a few days, not far from the Lodge.

We found her tracks and looped around a few times to cover every meter of the bush. While doing so we saw a number of elephants, and stopped very briefly to photograph them. We didn’t spend too long with them because we were very intent on finding that leopard!

We also found other Plains animals including giraffe. But the highlight came when we came across two baby porcupines. They were very small and kept us there, oohing and aahing with cameras clicking away.

Then we heard about one of the mother leopards with her cub. The two were in a ravine, and because of the bush, good and consistent photography was challenging at times. But the leopards moved about, put on a good show for us, and we were able to spend enough quality time with them to get some fabulous pics. We were in the area two months ago, and it was interesting to see how much the cub has grown, and how bouncy and healthy it looks. It was truly wonderful to see the two flourishing and doing so very well. 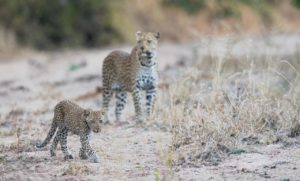 As we left the leopards and were still almost in sight of them, a herd of startled impala suddenly bolted across the road in front of us. We realised that something was afoot, and stopped to scrutinise the area. We knew that Wild Dogs had been seen nearby, and went in search of them. We arrived at a waterhole where sure enough, there we found one of the dogs. Then another vehicle called to say that there were more dogs from the same pack less than a hundred meters away.

As it was getting dark we rushed to catch up with the dogs, but didn’t remain for long as we do not use any form of lighting that could interfere with, or disturb Wild Dogs. We let them be, and continued our drive.

While we were looking around, we received a call about a single young male lion on his way to a waterhole. We decided to meet him there, and spent the remainder of our evening with him. He didn’t stop for a drink, but he kept us entertained by walking along, and as he walked he vocalised regularly. He was trying to locate his pride, and contact called again and again. 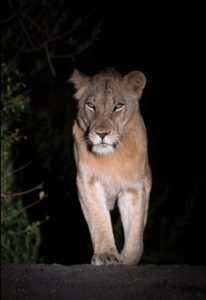 With that deep, penetrating sound still in our ears, we returned to the Lodge, tired and delighted with our first game drive, and hoping that the morrow will be equally successful ..