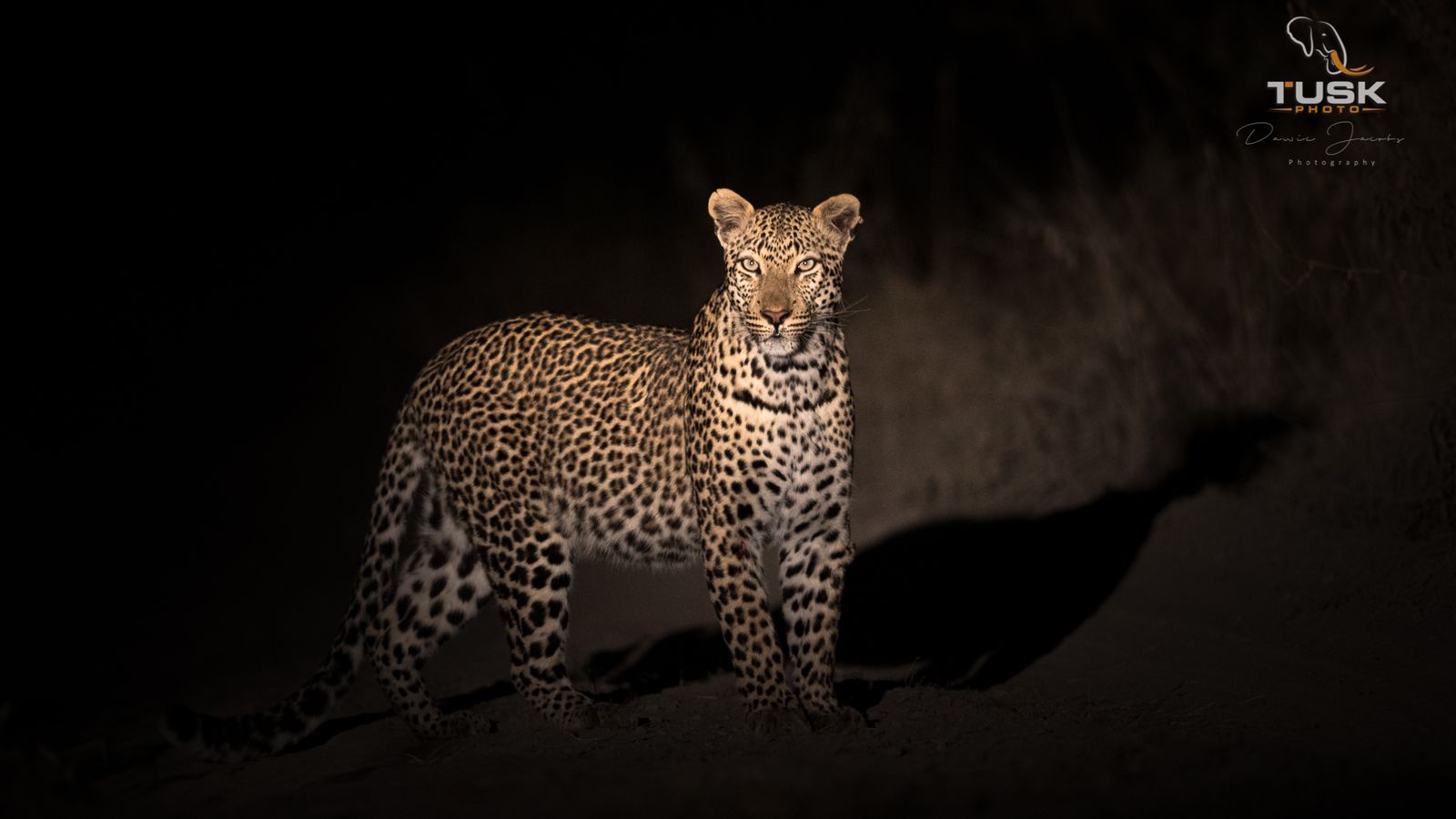 Dawie Shares his Notes and Photographs from the Elephant Plains Photo Safari:

Having seen the leopard in the tree with her kill, we were fairly sure that she would still be there when we started our afternoon drive, so we decided to be different and instead of returning to that leopard we chose to follow leopard tracks elsewhere. That was how we discovered a different cat. It was Xidulu, and she was scent marking all around an area with huge Marula trees. Eventually she found a termite mound where she rested and we photographed her at leisure. As the sun started to fade we took out our spotlights and that really gave us some wonderful scenes. 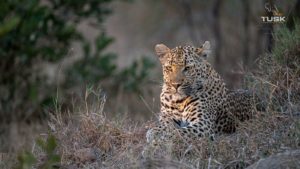 After Xidulu we returned to the leopard with the kill in the tree (Makomsava). She was resting  away from her kill, so we positioned ourselves in an ideal spot to photograph her if / when she returned to the tree. Suddenly she heard something and quickly went to investigate what caused the ongoing noise. It was impala, and even though she still had a kill in the tree, Makomsava leopard is young, energetic, and opportunistic. She was interested for a while, but as it was quite dark by then we left her. 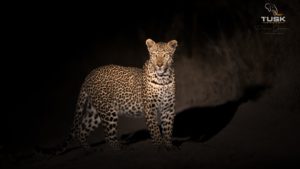 On the way back to the Lodge we were delighted to see a Southern White-faced Owl with a centipede kill. 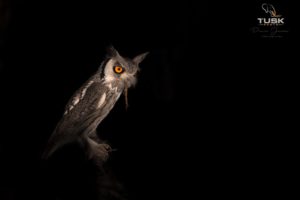 Our morning drive found us heading directly back to Makomsava, the female leopard. She rested next to a termite mound and not long after our arrival she got up, had a nice big stretch, and then climbed the tree where she settled to finish her kill. 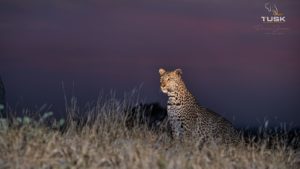 After photographing giraffe, and then wildebeest, we bumped into Xidulu again. She went for a walk along a drainage line, rested on a termite mound for a while, and then went into an impenetrable, thick bushy area.