An Unknown Young Leopard Takes us by Surprise … 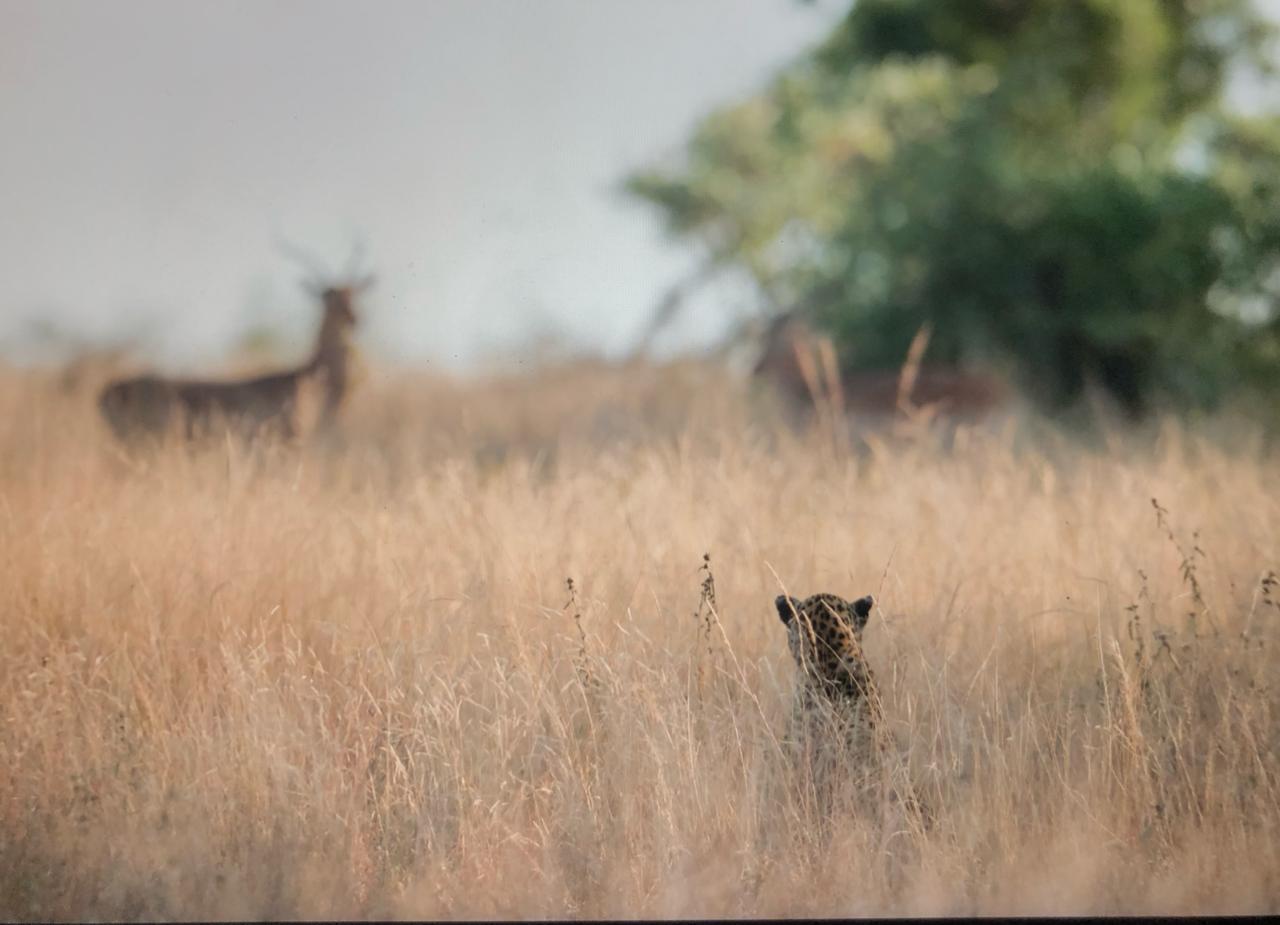 As always when we left the lodge after coffee and snacks we headed out in search of a leopard. This time we wanted to find that male leopard that we missed previously. We found his tracks that were very fresh and followed these for a while. On the way we found multiple lion tracks and then female leopard tracks.

While trying to make sense of, and trying to sort the jigsaw of tracks that criss crossed everywhere we heard an alarm call. It was Impalas and when we headed there we found tracks over the tracks that our vehicle had left moments before.

Time for coffee – and during the break another commotion disturbed the peaceful bush. Vervet monkeys screamed in fear and warned the whole area of danger. We tried to figure out the location of the monkeys and were checking the area when we received another big surprise! A male leopard leaped out of the grass and ran full tilt. He is young and is quite new to the area. His local name translated means ‘he who runs away’ and he certainly lived up to his name. Being unaccustomed to our presence he is nervous and he high-tailed it out of there in a flash! But what a treat it as to see such a healthy young newcomer in the area. 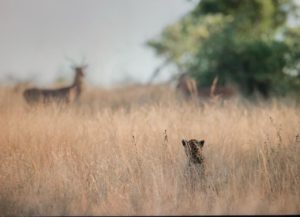 And because we didn’t want to put pressure on the young male leopard we left the area so that he could settle down and rather went to check around to see what animals were around. Someone contacted us about lions that they heard contact calling, but we didn’t have any luck there so we returned to the lodge.

Our afternoon drive started without a real plan – we have avid leopard enthusiasts so we went in search of a male that we heard was towards the eastern areas, but we couldn’t even see his tracks. We stopped again and again to photograph other animals like zebras, giraffes, different birds like Bateleurs and a Martial Eagle. We also stopped for a rhino with her young calf. 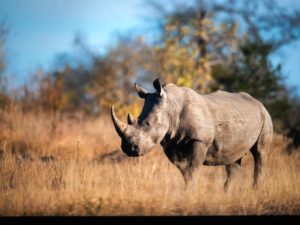 Then we moved towards the area where we earlier had heard lions calling. Just then we received a call – a dead Impala had been spotted, but no predator! There were leopard tracks nearby and we could see a very interested hyena. On closer inspection it looked as though the male Impala had been killed by an adversary during rutting.

We continued towards the lions and to our surprise we came across the nervous young run-away leopard that we had seen during the morning drive. He was very relaxed this time, indicating that leopards do sometimes change their behaviour and can be more relaxed after dark. This young male was fine with our spotlights, and although he was still a little wary, he showed no signs of stress. We didn’t remain with him for long because we didn’t want him to start associating our presence with tension or fear, so after a few photos we left him in peace.

We continued our search for the lions and this time there was no interruption. We found them soon after we left the leopard. We photographed the six lionesses and one male as they started to hunt Impala. We collected some superb images as they made their way through the bush and then it was time to return to the lodge.