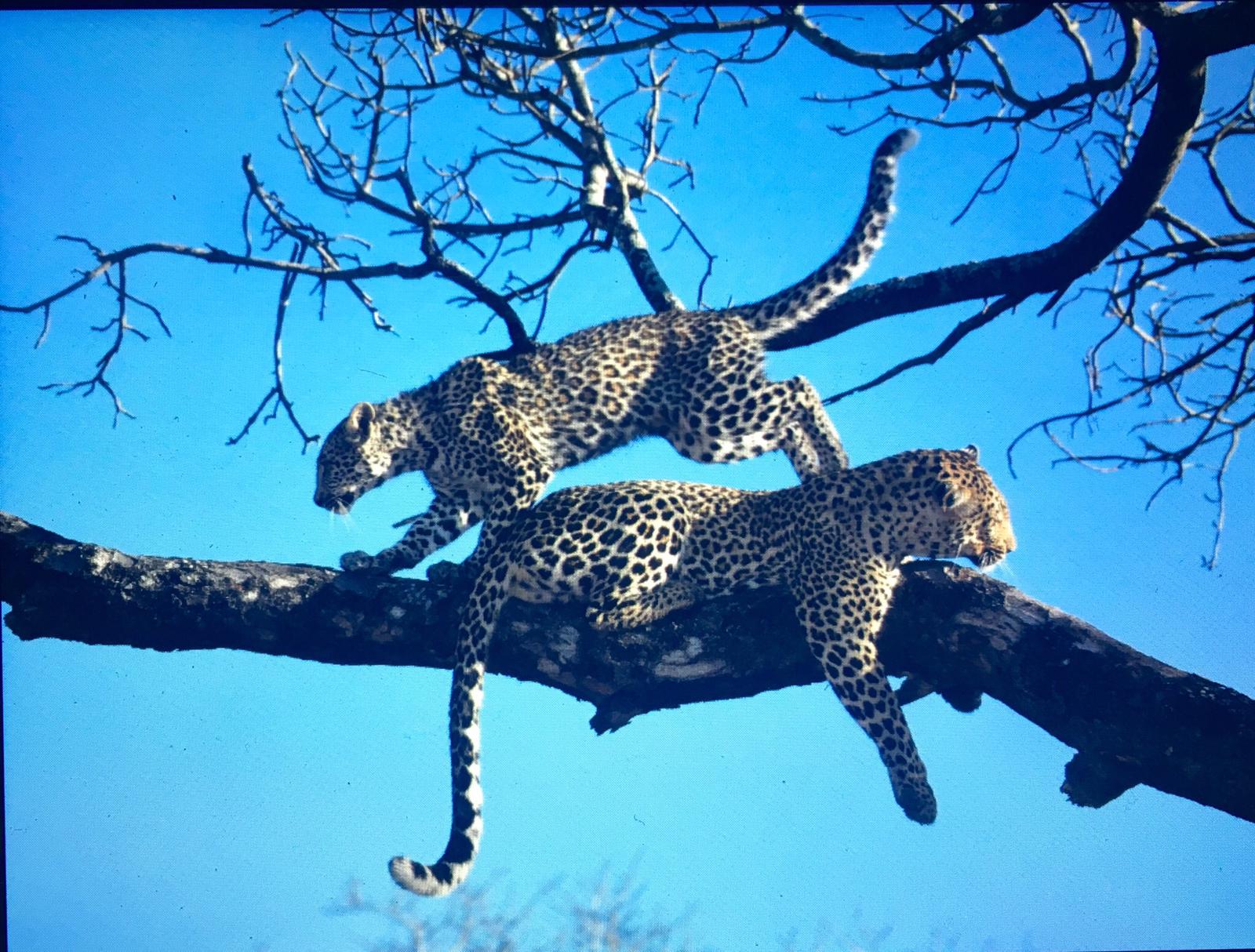 Ben Updates Us from Elephant Plains on the Tusk Sabi Sand Photo Safari:

(Photo from back of Ben’s Camera)

We had a wonderful morning with a different mother leopard and her cub.

It started while it was still quite dark when we received a notification that a female leopard and her cub were sighted not too far from our location. We went straight there. As we approached the two climbed into a Marula Tree and settled there for some time. They lay on separate branches for a while, but then the cub decided to join mom. And then a game started. The cub leaped over mom lengthwise from head to tail, then from tail to head. Repeat, repeat, repeat! Back and forth went the cub, jumping over mom again. Mom just lay there, occasionally twitching an ear or a tail, but there was not much other movement. Then the cub dashed down a branch to check a rustling leaf, and then back again to mom to jump over her again. A deep azure sky provided a perfect backdrop for our countless images. 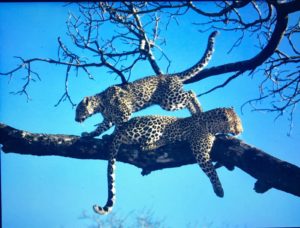 When the two leopards descended from the tree they went into a bushy area. We tried to follow them through difficult terrain while the cats took a very erratic course. When the cats lay down for a rest it coincided with the time for us to return to the Lodge.

We set off for our afternoon drive and found the cub that we saw on previous days. She was alone on a termite mound. We checked around for the mother, but there was no sign of her. We waited around until evening, hoping that the mother would return, but she remained away. As we do not use artificial light on a cub after sunset, there was no point in waiting for dark, and we left the cub, still relaxed and dozing on the mound.

We found lionesses close by. As we arrived they moved to a waterhole for a drink. This was great as we arrived in time to photograph them at the water, and then as they walked to a spot about 15 minutes away. There they flopped to the ground and fell asleep. We waited, and were rewarded when on of the lionesses got up, walked a few paces, and then flopped to the ground again.

We returned to the Lodge, and decided that our morning may start with a quick check on the lionesses …