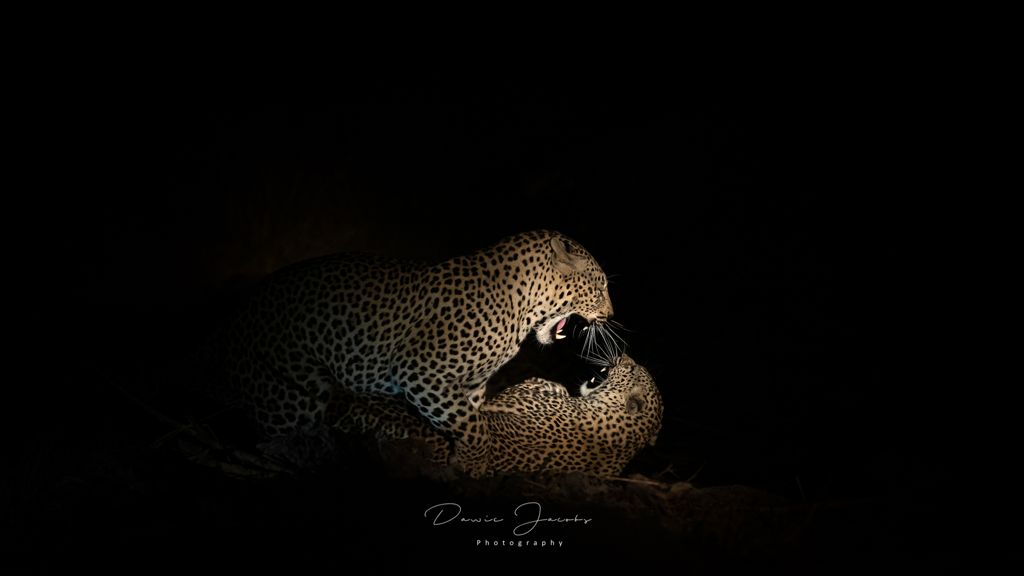 An Elephant Carcass, Hyenas, Lions, and Leopards at Elephant Plains in the Sabi Sand Game Reserve …

Having enjoyed lunch, introductions, and a quick briefing, we were ready for our first safari drive. As we left we heard about leopard tracks close by. We found a female leopard. We photographed her as she ambled down the road, giving us opportunities for close-ups and many walk-by shots. 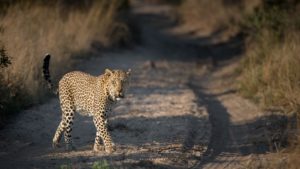 The lighting was perfect, with front lighting, and then back lighting that created a sheen in spots around her as the golden rays lit her fur and the surroundings. Eventually, after giving us a wonderful show she departed into thick bush. 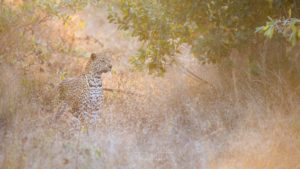 After she disappeared, we tried to find a mating pair of leopards. While bumbling around we came across a herd of elephants. Everyone was delighted as we spent a wonderful time with them. We were further delayed in our search for the leopards when we stopped to photograph impala, kudus, and other Plains animals.

Eventually we were able to catch up with the amorous duo. They mated a few times while we were there. As it was already dark, we were able to practice our nocturnal photography skills. 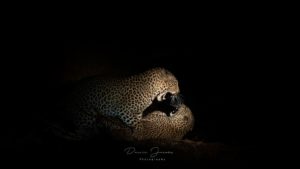 From there we paid a visit to an elephant carcass. Because the elephant died very close to the hyena den, we expected to see hyenas there. And wow! They were out in full force! They milled around, busy, excited, feeding, nipping, growling.

Back at the Lodge, a very satisfied and rather tired group retired soon after our banquet under the stars, and it seemed like moments before the early morning call came to invite us for coffee and rusks before our early drive.

We went straight to the mating cats, and when we spotted tracks of a large lion we followed him. The tracks led us straight to the elephant carcass. We looked around, seeing plenty of tracks but no lions. We waited for a while and then we glimpsed a lion. However, the cat was very nervous, and when a call alerted us to other lions not too far away we visited them instead.

A large male basked in the morning sun in a lovely grassy field. The gorgeous morning light created a beautiful scene and we used every moment to capture images from all angles. 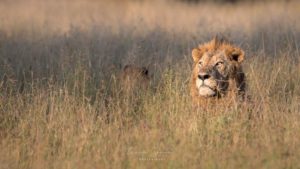