A Young Female Leopard Tries to Retrieve Remains from Hyenas … 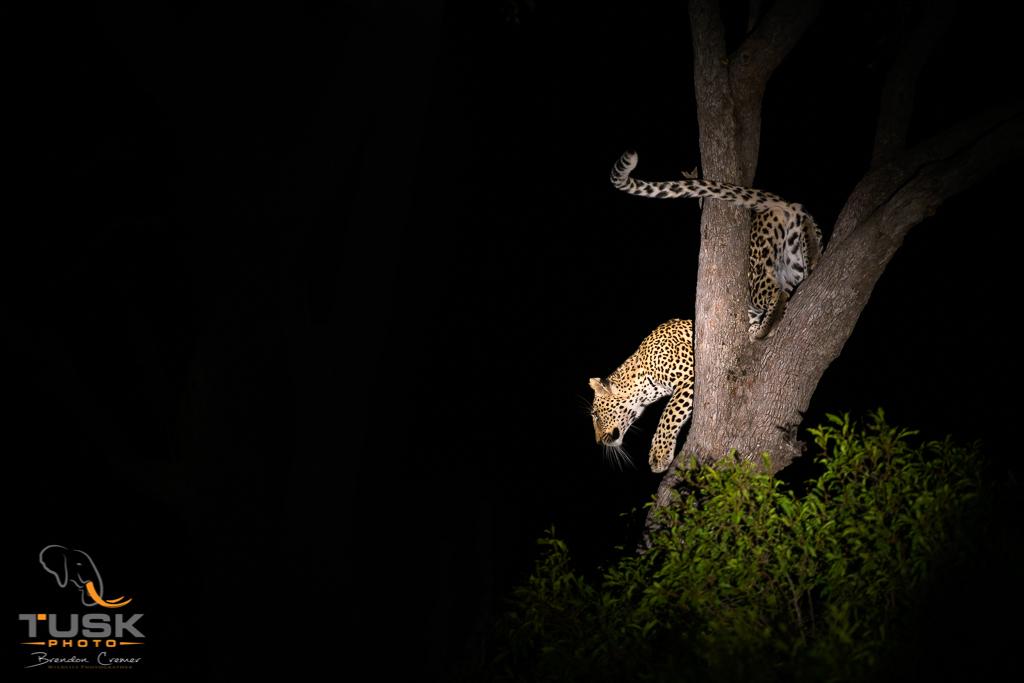 After leaving the female leopard at the waterhole after sunset, we decided that it may prove to be to our advantage if we checked the same area for her before sunrise. We checked the waterhole, but there was no sign of her there. But we found her tracks and followed these and within a short five minutes we found her next to the road and quite uncomfortably close to the hyena den.

The leopard sat quietly chilling next to the road for a while, giving us plenty of time for photographs before she strolled away. She passed through bush and open areas until she found a termite mound to check her surroundings. The conditions were perfect for photography and she posed his way and that, ensuring that we all had ample time to compose our images. 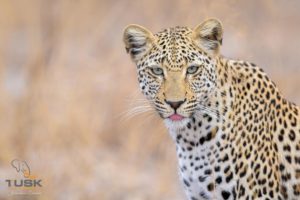 When we left the leopard we moved to the nearby hyena den where we found to adults supervising a number of tiny, still black cubs as they frolicked and entertained us with their clumsy tumbling games.

After that delightful stop we moved on, stopping for elephants, giraffe and other plains animals.

During our break back at the lodge we heard about a male leopard and determined to track him down. But the bush always has surprises lurking and not long after leaving the lodge we found a young female leopard up in a large tree from where she gazed at us while our cameras clicked away. She is about three years old, very healthy and gorgeous! She was very relaxed, and is a newcomer to the area. We deduced that she had earlier had a bushbuck kill that hyenas had stolen from her because she looked full and kept a watchful eye on hyenas feeding on the far side of the riverbed.

We ended up spending the entire afternoon with her, and she rewarded us by moving to a much lower and even more visible tree branch. And close to the tree we could see a small waterhole. Surely she would be thirsty after eating earlier? Yes! She jumped down and made her way to the waterhole where she stopped for a long, leisurely drink! Again, like yesterday, the reflections as she drank were near perfect!

After her drink, the leopard moved to the far side of the river to try and retrieve whatever remained of the kill. She managed to grab a sliver of skin that she took up into the tree and settled down for a long gnaw before she jumped down again and disappeared into the darkness. 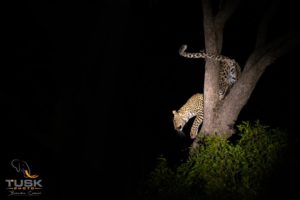 We may try to find her again in the morning …