A Warthog Head Leads us to Lions … 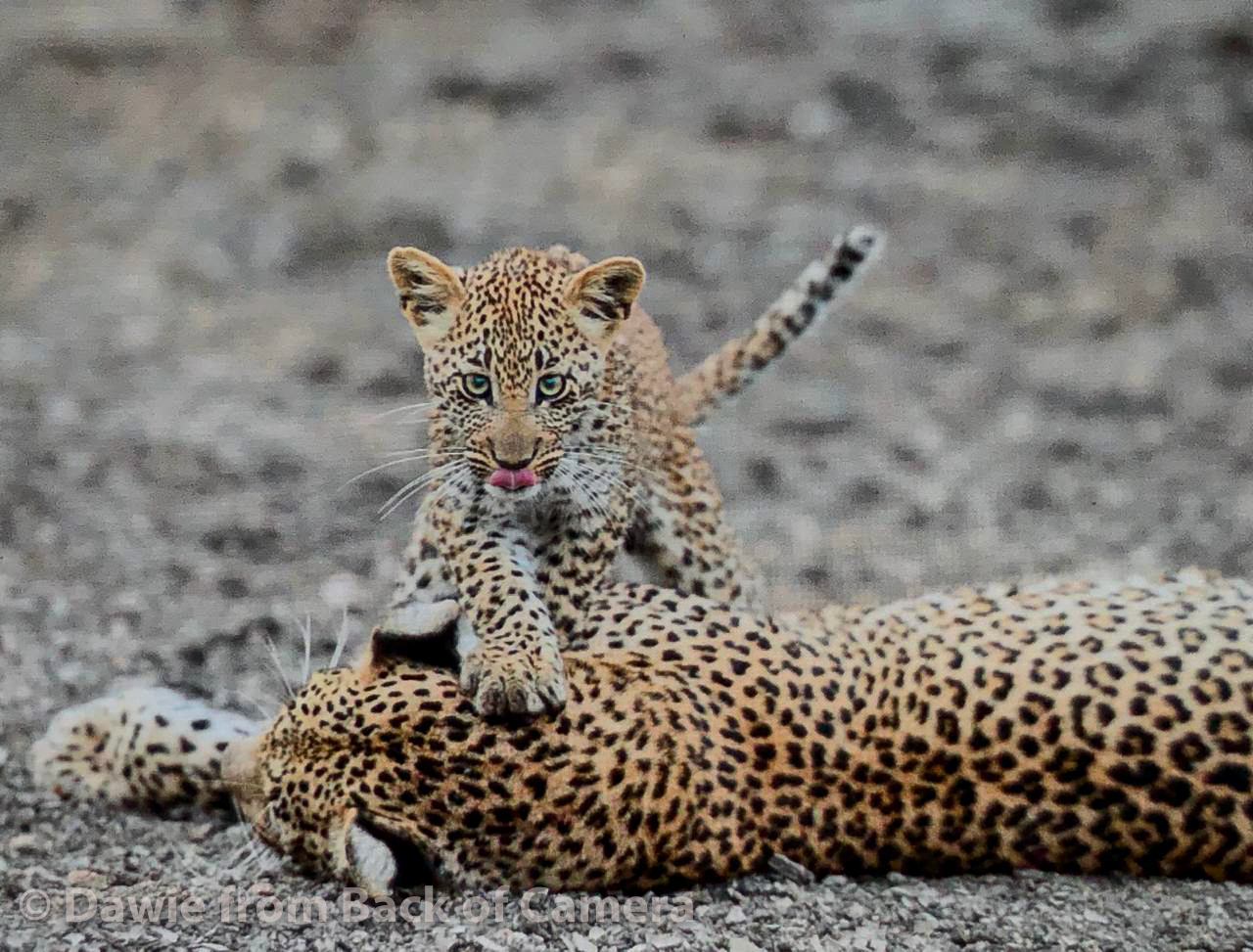 We had an amazing start to our safari, and it was with great expectations that everyone was up, filled with coffee, and ready for the day.

We headed straight to where we saw the cub previously, and yes! Luck was running our way! Both mother and cub were together on a river bank. At first they were a little obscured by dense vegetation and long grass around the area, but we decided to hang around, hoping that they would move. And yet again luck was on our side. We waited a while, and sure enough the two started to move. Then we noticed a drag mark – the female leopard had made a kill and she was most probably returning to it. She left her cub behind as she moved up river and led us straight to a fairly fresh impala kill. She settled down to start feeding as we photographed her.

When the mother leopard had eaten her fill she made her way back down river where she called her cub. The two then payed a boisterous game in and out of the river bed, up and down the banks. It was exhausting to watch as the cub had so much energy, and ran rings around her mother. 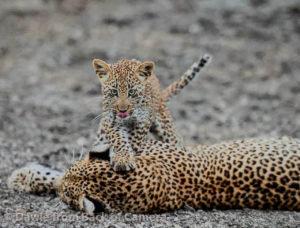 After the energetic game the mother led her cub back to the kill where they both fed. The grass obscured the view a little, but we managed some superb shots as we experimented with different techniques and lighting.

On the way back to the Lodge we found a giraffe that we wanted to photograph as he was positioned beautifully. But he was camera shy and simply did not want to be in any of our photos.

During our break everyone joined in for a photographic workshop, and when it was time to head out again we started to make our way back to the leopards. We passed elephants everywhere. Large, small, youngsters, babies – there were herds of varying sizes almost everywhere we looked.

We arrived at the site where we expected to find the leopards and at least the kill. There were only drag marks as the mother leopard dragged the kill across the river, into a thicket and well away from potential predators – and also well hidden from us.

We carried on towards reports of another leopard and cub. On the way we came across a warthog head lying abandoned in the road. We saw very fresh lion tracks around it, and when we heard impalas alarm calling close by we dashed in that direction. Aha! Seven lions together – young males and lionesses. They were very alert and watched the many impalas around them intently. 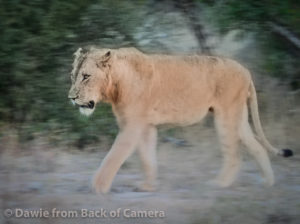 Meanwhile, it is rutting season and the attention of the impalas was not quite where it should be – on lurking dangers. We had some brilliant photo opportunities especially as the golden late afternoon light dwindled, changing to those rich evening colours that made way for darkness. Out came our spotlights for more iconic night-time shots. 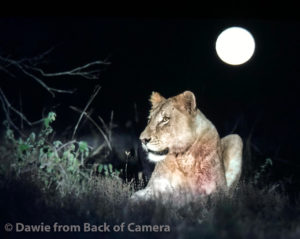 Our second vehicle left to follow up on a report of a male leopard, and although they heard him calling, they did not actually catch up with him, so that gives us a good starting point for the morning …