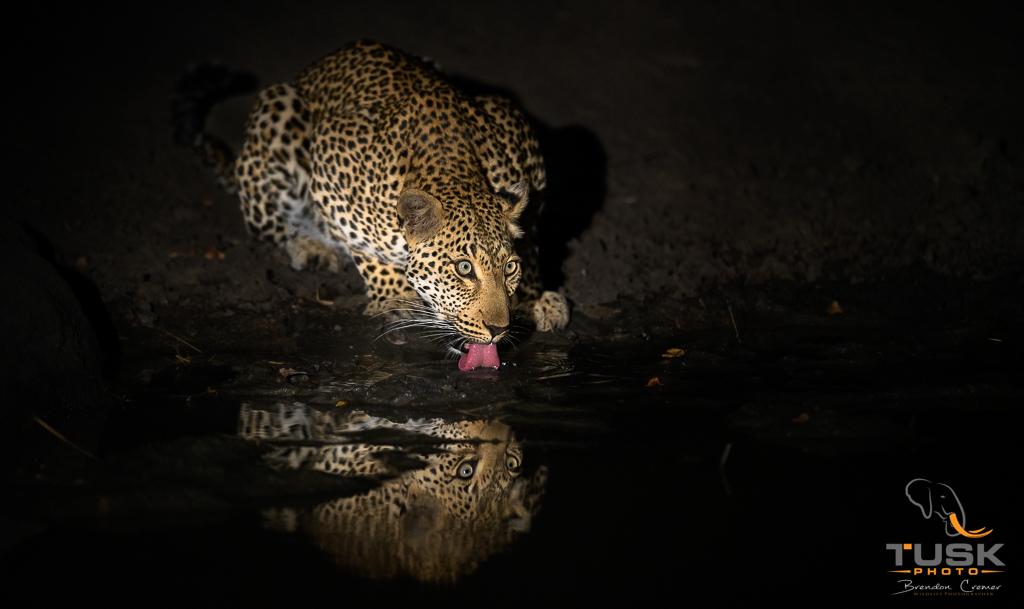 Our early morning game drive started with a delightful sighting of a number of Bee-eaters. They snuggled together on a tree branch in a riverbed, looking warm and dozy in the predawn gloom. Their beautiful colours really stood out when we shone the spotlight onto them.

As always we saw plenty of elephants, and we just had to stop to photograph a stately giraffe among the trees with early morning light just beginning to show through the leaves. 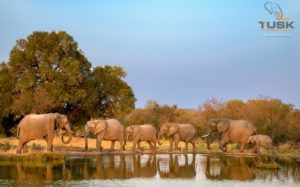 When we received an alert about a female leopard with her eight month old cub we immediately made our way to them. The two were on the move, and had eaten very recently, especially the cub. The little one was so full that walking looked quite comical – more a waddle than a walk. The cub was very energetic and as the two walked/waddled along, every fallen branch, small tree, or termite mound presented a challenge that had to be conquered. Up and down, then a rush and a tumble to the next spot. We enjoyed every moment with them!

Our afternoon drive started with a sighting of a rhino as he languished in a dry river bed near a dam.

But soon after we found a pride of lions. Six or seven lionesses lay lethargically in the afternoon heat, reluctant to move until the weather cooled down.

Once again we had many stops for elephants. There are many breeding herds and the stroppy youngsters really amused us as they tried to assert themselves with their indulgent but firm matriarchal herds.

As evening approached we found ourselves on the track of a female leopard. Her spoor indicated that she was heading to a waterhole and we managed to catch up with her before she reached it. 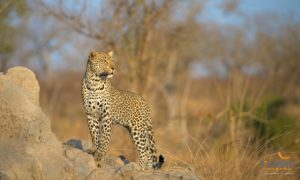 As we approached the waterhole with the leopard we saw hyenas wallowing, drinking and playing around in the water. The leopard lay down and kept an eye on the activities as she patiently waited for her turn to quench her thirst. Eventually the hyenas left and the leopard claimed her place at the water’s edge for a long, cooling drink. The reflections were just perfect and provided us with the most ideal photography and the best possible way to end a superb day. 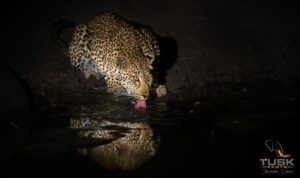