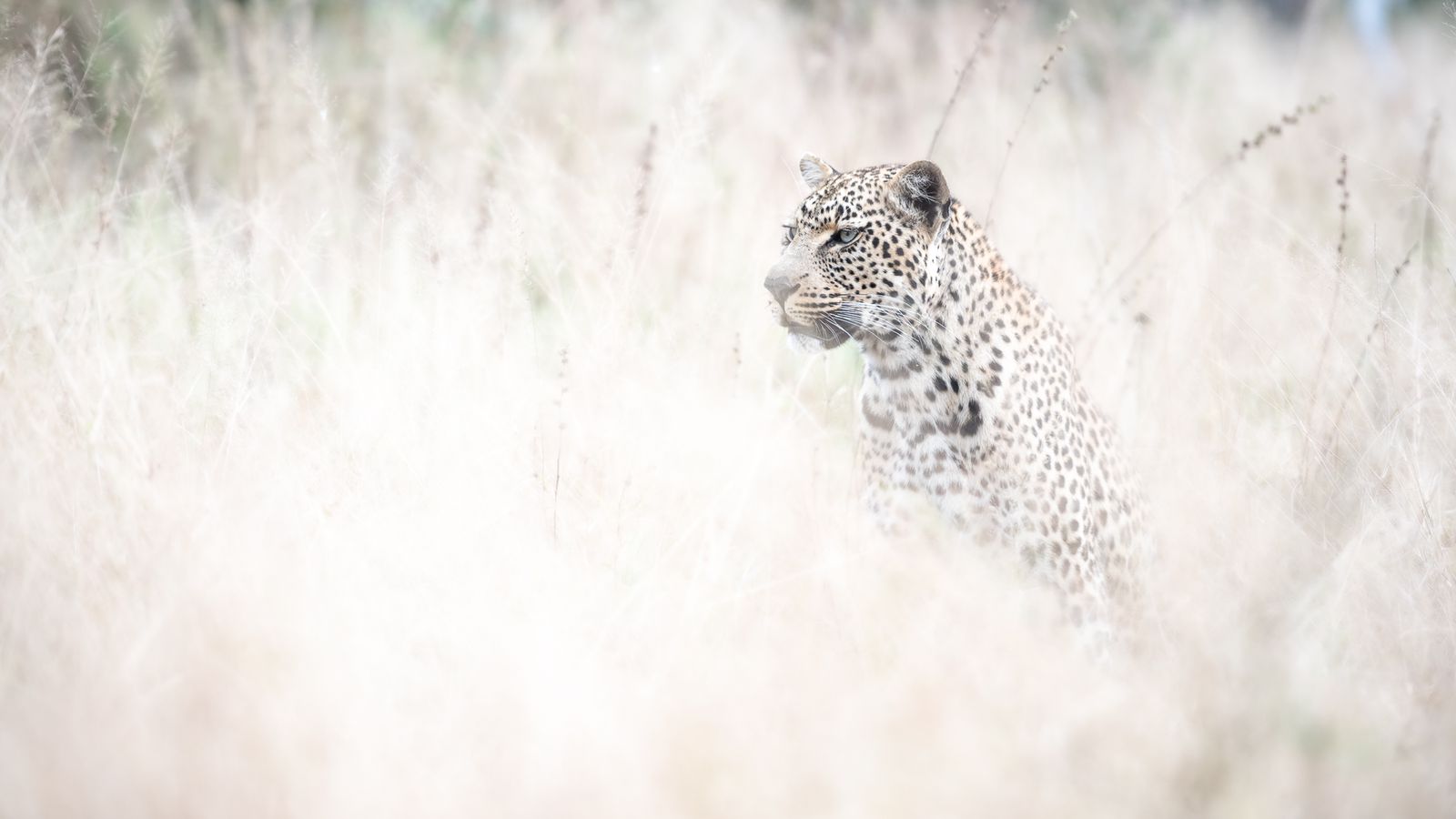 Our afternoon safari drive started with overcast, windy conditions, and we thought, oh well, we are in for a quiet time ..

After seeing Plains animals like kudu, wildebeest, and impala, and while checking some leopard tracks we were informed that Wild Dogs were calling not too far away from us. The sighting was quite a challenge from a photographic point of view because the dogs were running flat out through thick vegetation. The light wasn’t great, but we still managed to capture some amazing shots. Different techniques including panning shots, motion blur, and different scenarios kept us really busy with their frenetic chases. They ran in all directions keeping things quite hectic for a while. 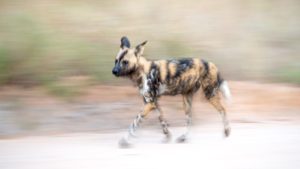 We left the dogs to drive around further and decided that if our two vehicles split up we would cover more territory. The sound of impalas alarm calling plus leopard calls brought us together again. It was a challenge to find the leopard, but we found him walking past a dam, where cavorting hippos, scurrying hares, and noisy Thick-knees attracted his attention. He watched them carefully, and then walked over the dam to lie down next to a small pond. 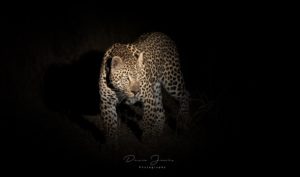 It was time to return to the Lodge, and on the way we had a repeat of the evening before. We again saw a chameleon and a couple of nightjars.

The early morning started with our usual coffee and rusks. We had heard baboons alarm calling close to the Lodge, as well as some very unhappy monkeys – and an occasional leopard call. It sounded quite promising, and knowing that Tiyane was somewhere in the vicinity, we hoped to find her. We looped around and when we caught up with her she was walking along a drainage line towards an open area. She crossed the open plain and went into a thicket. We could hear two male impala fighting in that thicket, and the clashing of horns sounded extra loud emanating from the bush. 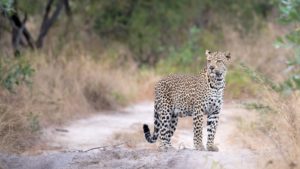 We were able to keep an eye on Tiyane as she crept closer and closer to the impalas. They were so intent on their battle that they didn’t seem to notice her. The tension on the vehicle was palpable as we watched, barely daring to breathe. She came within less than five meters from the struggling two, and then suddenly gave up. We realised afterwards that she had realised that hyenas had arrived close by, attracted by the noises of the feud. 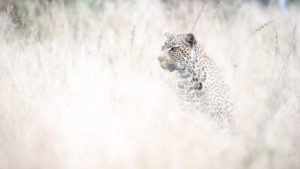 But when we went for our coffee break in the bush a few minutes later we were given an extra special treat. Strolling unconcernedly right past us came Tiyane. That was another memorable, amazing moment for us and the perfect ending to another epic safari …