A Reluctant Suitor for an Amorous Leopard … 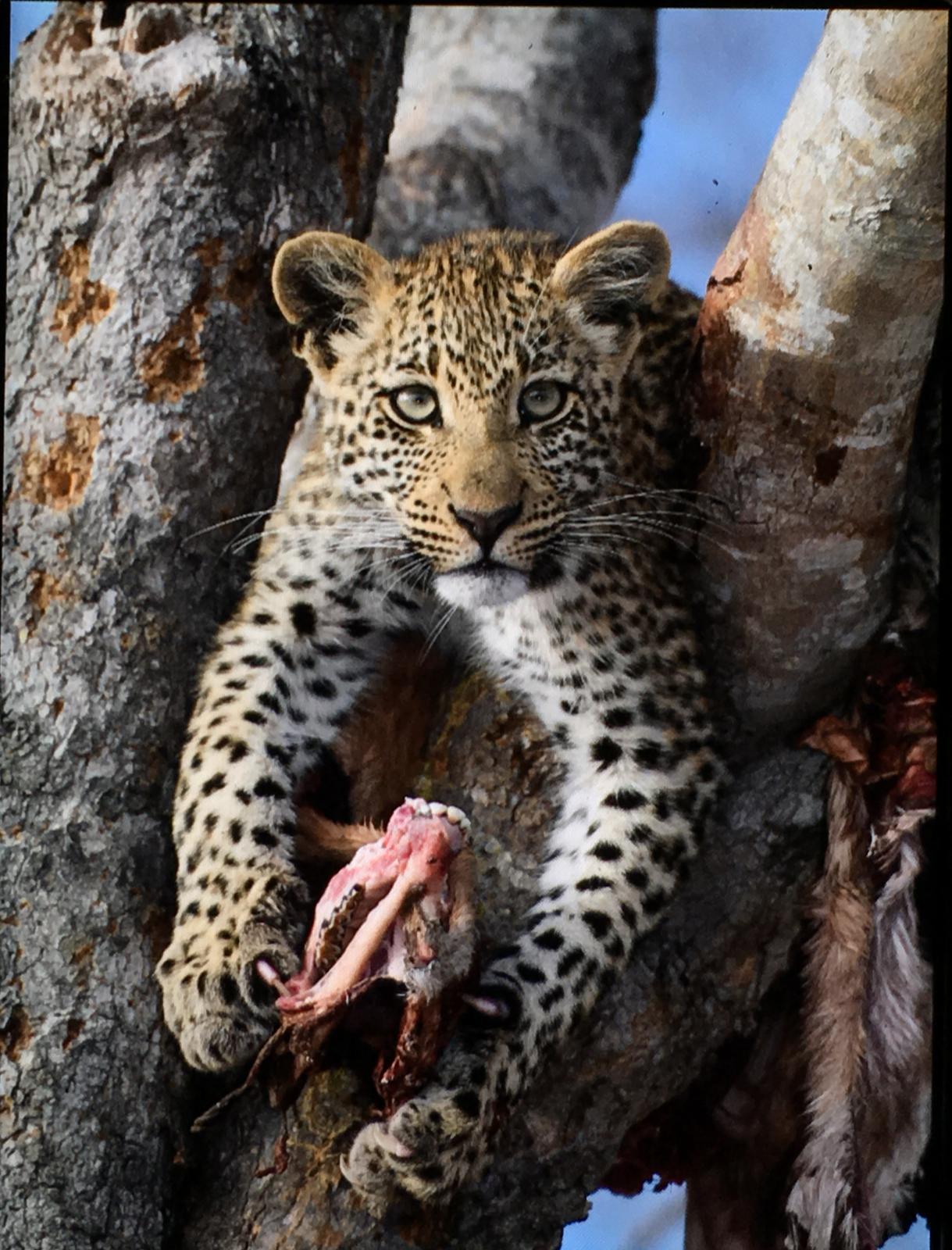 Ben Updates Us from Elephant Plains on the Tusk Sabi Sand Photo Safari:

We were lucky enough to find the female leopard with her cub early in the morning. The mother rested on the ground while her cub could be seen up in the tree with the remnants of the kill from the previous day. The cub munched on bits of what could have been a jawbone, and the position of both cub and the scraps of the kill were so good, with excellent visibility that we were able to get all types of shots, ranging from close ups of each leopard to those showing the whole scene and with both leopards in one frame. 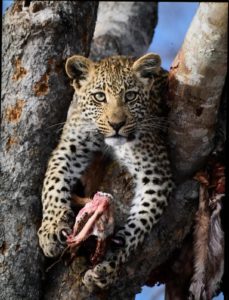 When she had finished chewing the cub moved about in the branches of the tree before she came down to her mother on the ground. As the cub reached the ground the mother went up to the kill to check what was left and that all was in order.

When we left the leopards we stopped to photograph a juvenile Bateleur Eagle in a Marula tree. It was flapping around, and the action meant that we could capture some busy, interesting images.

When we set out for our afternoon drive we headed to reports of another female leopard. We had heard that she was mating with a male from the area, and although we found them the male showed no interest in the persistent advances of the female. He lay there, quite inert, as the female tried again and again to entice him, but he preferred to nap and to ignore her presence. Her amorous amorous advances were not even rebuffed – he simply ignored her as he slept.

We returned to the leopard with her cub and found them resting on a termite mound. We had a superb view, but both cats were asleep and didn’t move much. Now again the mother sat up to glance around she flopped down again to sleep. Then when the two woke up eventually, they got up very abruptly and walked through the bush before they unfortunately disappeared too quickly for us to compose good photographs.

But the sightings for the day were really superb, and in the morning we hope to follow up on the reluctant amorous couple ….