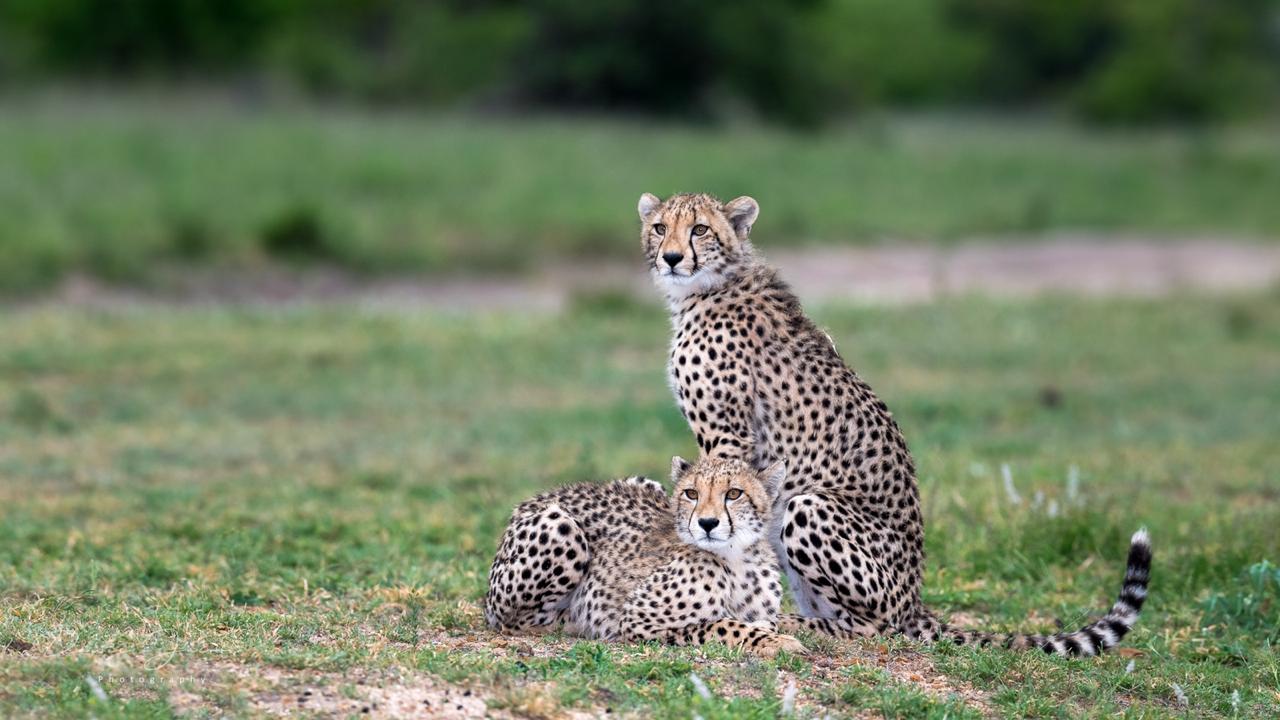 A Mother Cheetah with Two Cubs at Sabi Sand Reserve …

Dawie Reports on His Day with Hunting Cheetahs, Hunting Leopard, and Patient Elephants on the Elephant Plains Photo Safari,

We heard that cheetahs had been spotted at the airstrip close to the Elephant Plains Lodge, and we headed straight to the area this morning. We could hardly believe our luck when we easily found the three cheetahs – mother and her two cubs aged around ten months or so. When we arrived they were asleep on an open, grassy area adjacent to the airstrip. Then as the sky began to develop those early pastel hues the three became more active. They spotted a herd of impala and started to move closer, gradually moving around them. The youngsters constantly jumped onto any vantage point like a fallen tree or a termite mound, from where they peered around curiously before they moved to the next perch. This was a very special sighting as cheetah have not been spotted here for a while. Everyone was excited and thrilled with each moment, the photo opportunities, and the entertainment the trio provided. 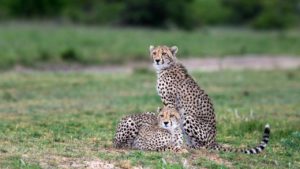 We moved away to examine leopard tracks that we thought belonged to Hukumuri, but were not able to locate him. As always, however, there was plenty to spot and to photograph.

On the way back to the Lodge we came across a lone male elephant feeding on a tree that grew out of a termite mound. The elephant stood on the termite mound, making him appear larger and even more impressive than ever. 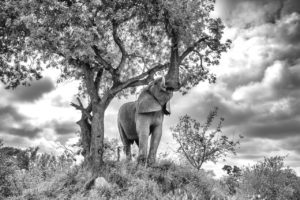 Back at the Lodge everyone wanted to check their cheetah photos and to start some lightroom editing.

The afternoon plan was to find a leopard again. We found female leopard tracks, followed these, and then then started to loop around to locate her. Our circular drives took us past two large elephant herds that headed to the large dam for a splash and a drink. Each herd had up to thirty elephants, and when the first group arrived, they drank and then moved away. Just as they were out of sight the second herd ran to the water, having waited thirstily and patiently for the others to finish and to depart! We weren’t the only onlookers. Hippos and a crocodile watched the elephants as well.

As we drove away from the dam to find big cat tracks again we heard that the female leopard had been spotted. Photography was difficult at first because she was hunting and moved in and out of dense bushy areas. Then she walked past our vehicle and we could get some superb shots. She was very busily hunting for anything small, like a maybe a Scrub Hare. 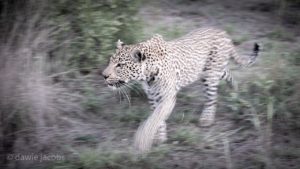 Our second vehicle moved off to check if the cheetahs were still around, but the trio had disappeared. They stopped to photograph a couple of rhino before our group joined us at the female leopard again.

Meanwhile, the leopard moved around for a while longer, and then settled comfortably on the top of a large termite mound. The sky was quite dark at this stage, but we could use our flashes as the leopard was no longer hunting. 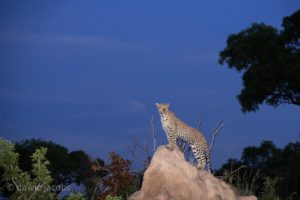 And so yet another phenomenal, memorable day ended at at Elephant Plains. We wonder which predator we should try to locate in the morning …