A Lioness and Cub Relay … 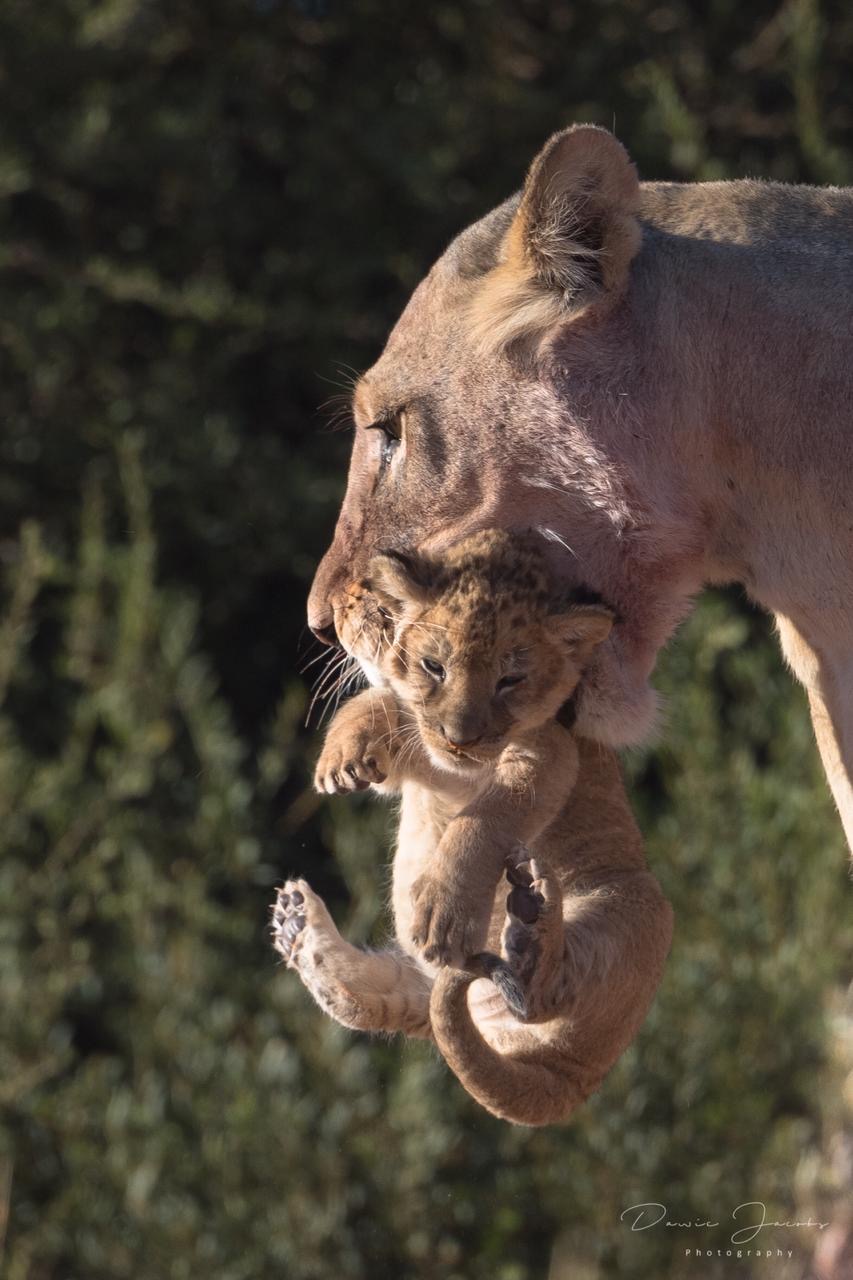 Our final full day started early again – at the crack of dawn. While enjoying our early coffee even before we set out we heard lions calling, and decided to head in their direction. On the way we to them we encountered a different, very big single male lion. He moved around restlessly, then settled down, and within a few moments he started to call. He was right next to us and the deep roars that emanated seemed to envelop the area and filled one with awe – one instinctively almost wants to flee! It really is an experience to witness that sound from a meter or two away.

We headed over to where we had reports of lion cubs, and when we reached the area we found only a lioness at first. We could not see cubs – they are tiny, only about 6 weeks old and mom had them well stashed from view. We waited and eventually they started to appear. Mom was very reluctant for them to leave the security that comes with being hidden away, and she picked them up one by one to return each one to the shelter of the bush. 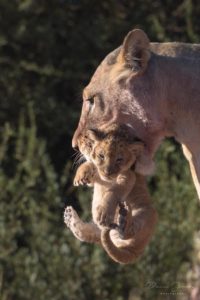 The cubs, however, wanted to be out, playing, and checking to see what we were. And then a relay developed. As each cub emerged mom picked it up to stow it safely back deep within the bush, while another cub came wriggling out. Mom persisted, but so did the cubs, and of course we had wonderful opportunities for photos. 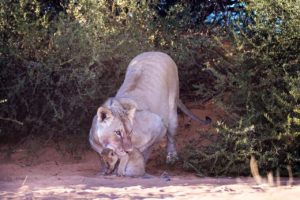 After that we returned to the waterhole with the lion. Our intention was to photograph birds, and as there were no raptors we concentrated on Sand Grouse again. 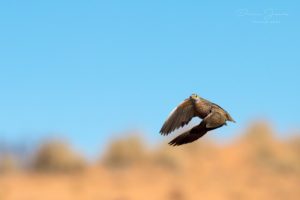 While we were sitting with the Sand Grouse we noticed another male lion close by. He approached us and we were able to get some close-ups and walk-bys. He was really big and impressive, and he soon joined up with the other male.

As we drove away we were a little surprised to find yet another male lion with a lioness. We realised it was the mating couple, but they were flat and clearly had no intention of moving for some time.

Next we found a tiny baby steenbok lying in the road. The poor little thing was terrified, and its mother was nowhere to be seen. When we returned to check in the afternoon there was no sign of the baby, and we assumed that it had been reunited with its mother.

As we left for our afternoon drive we found a tiny Eland Calf all alone. There were herds of eland arriving at the water hole to drink, and somehow mother and calf had been separated. The Calf stood there, eagerly and somewhat nervously waiting for mom to return.

We took a slow drive and after photographing Tawny Eagles we stopped for yet another Wild Cat. He was not keen to be photographed so we left him and took the road back to the lion cubs. On the way we has a brief encounter with a very busy Honey Badger.

We could see cubs playing within the cover of the bush, and after a while one lioness emerged from the bush. Then a lioness that is blind in one eye appeared on the scene. This lioness also has three cubs, around two months old. They were very inquisitive and wanted to see if we were interesting or doing anything special. When we appeared really boring they returned to mom and played with her instead … well, until they spotted a dove and had great fun trying to stalk it. 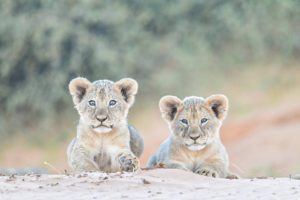 On our way back to the Lodge our final stop was for a Verreaux’ Eagle Owl.