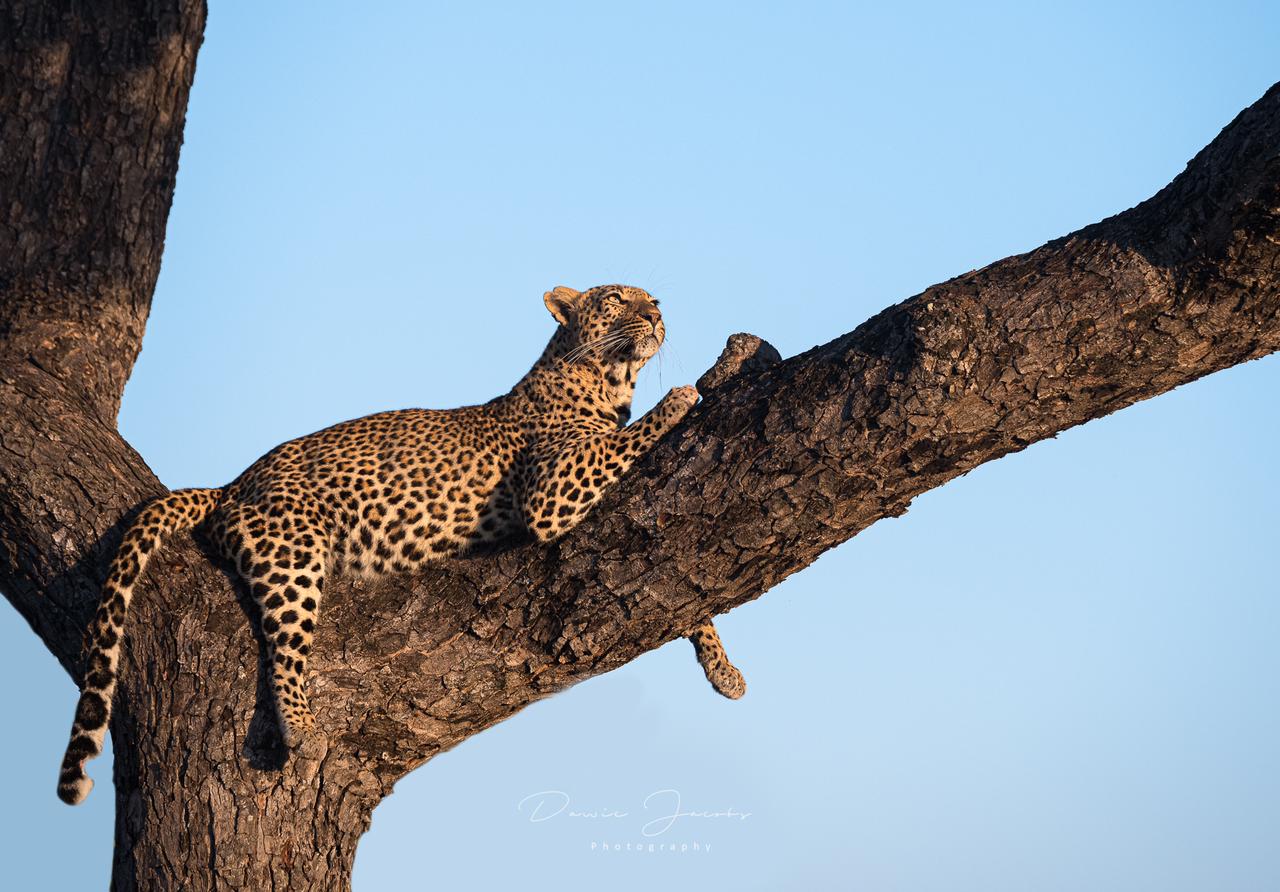 Our first twenty four hours back at Elephant Plains have been a delight again. The area still looks so lovely after the rainy season,  with much of the vegetation now changed to rich golden yellows and browns.

We all arrived in time for lunch, new faces and return guests mingled, and after a chat, welcome, and briefing we set out for our first drive.

As we left the gates of the camp we found ourselves with a herd of elephants. They were in the open, and were a fitting start to our first game drive. And of course, with all the lush vegetation, animals abounded, and Plains game could be seen everywhere. 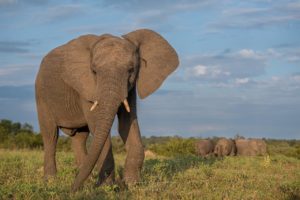 When we received a report about a female leopard in a tree with a kill we headed in that direction. We arrived to find her relaxing in the grass, and although we hoped that she would climb the tree to her kill, she did not oblige this time.

On the way back to the Lodge we came across hyenas. We stopped for a few photos and then carried on, looking forward to our dinner in the boma.

Our early morning started while we were enjoying our coffee and rusks before the drive. We could hear a leopard calling repeatedly very close to the Lodge. We tried to find tracks, but as there was no sign of the cat we returned to the leopard we had seen before. This time she was lying and dozing on a branch in the tree. When she eventually stirred she jumped down from the tree and started to move towards the north. We followed, and contacted a Lodge that she approached. She stopped to drink water at a pool outside one of the rooms. What a great sighting, but from a photographic perspective it was a bit disappointing. After all, who really wants images of a leopard drinking from a Lodge pool?! 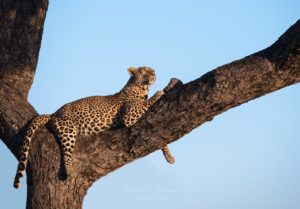 Shortly after that wonderful experience we found three rhinos, and a fourth, a male, separate from the trio.

On our meander back to the Lodge we found more elephants and diverse Plains animals again. 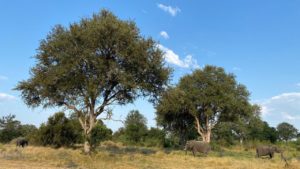