A Large Puff Adder Visits the Lodge and A Leopard Flees From? … 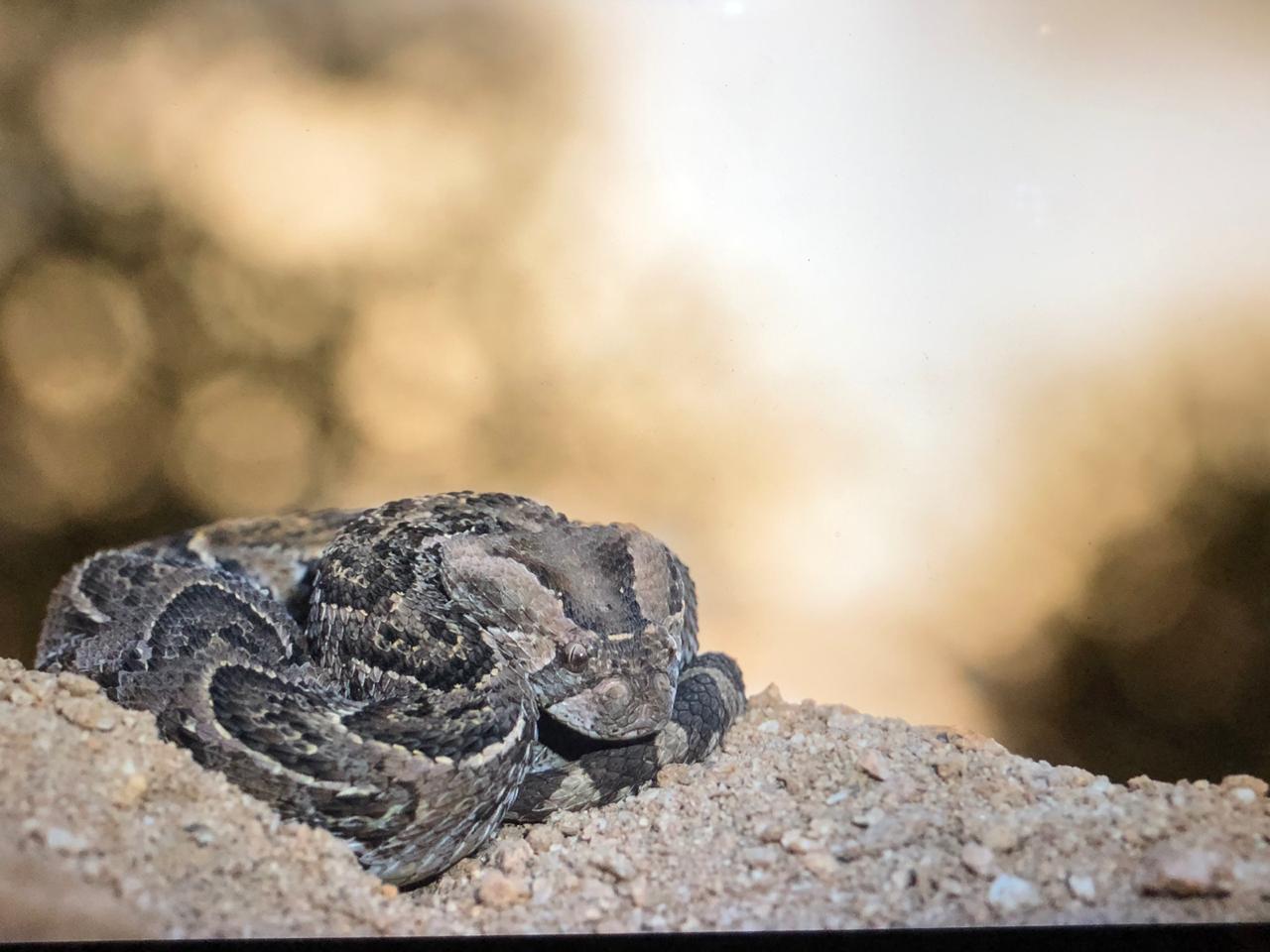 Excitement! One of the guides found a large Puff Adder in the Elephant Plains Lodge, and called us to see it coiled up on a sand heap. It was quite chilly on this winters morning and it lay quite still, waiting for the warming rays of the sun. The guide gave us plenty of time to photograph the reptile before he took it to a safe distance from the Lodge to release it. 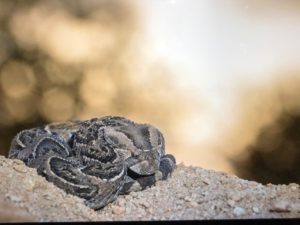 We moved on, keen to find one of the leopard mothers. We found very fresh female leopard tracks and our amazing tracker was able to find her in that thick bush. We followed her with some difficulty as the undergrowth impeded us, but we were able to  keep up with her as she made her way straight through everything, climbing on a log or mound from time to time until she arrived at a lovely open area. We were able to get some super walk-bys as she made her way along and we pulled ahead to see her approaching us and then passing close to our vehicle.

On the way back to the Lodge we passed plenty of general game again, including a female giraffe with her young calf. Then two male very smart, dark giraffes arrived and both were keen to mate with the female. The males were not keen on each other’s presence and the dominant one managed to chase the other away before he returned to the female.

By now it was time to bid a reluctant farewell to some of our guests at Elephant Plains and it felt like moments before it was time to make our way to the Djuma Camp for our safari to begin there.

We arrived at Djuma where some of our guests from the previous days joined us to continue their bush adventure.

As we checked in we could hear a familiar commotion outside – impalas were rutting right in front of the Lodge, and out came the cameras before we even started our first game drive. 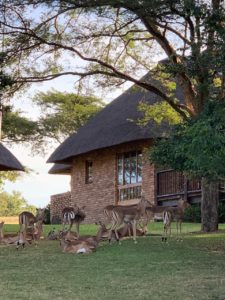 The next moment the impalas started alarm calling and of course we had to find out why? We tried to see what the problem was, but saw nothing. We jumped onto our safari vehicle and looped around the area, scanning every bush, every tree, every mound. Then we saw them – lots and lots of fresh male and female leopard tracks. No wonder the impalas were anxious! We searched, but could not find the leopards.

Then we heard baboons alarm calling back at the Lodge, and headed back there. We drove along and suddenly a leopard darted out and dashed across the road just ahead of us. A chase! Wow! But not what one may expect. There came a baboon, chasing furiously after the leopard, and the leopard fled at full speed! It was all over in seconds, but what a sighting! The adrenaline rush was incredible!

We followed the leopard until darkness fell. At one stage he passed close to another herd of rutting impalas but after a cursory glance at them he continued on his way. We followed him further to the north and then we were very, very fortunate. He caught a Scrub Hare in front of us! He ate his catch fairly quickly and moved on – until he spotted a second Scrub Hare. There he goes again, we thought. But this time his attempt to catch the Hare failed. The Hare saw him and dashed away. 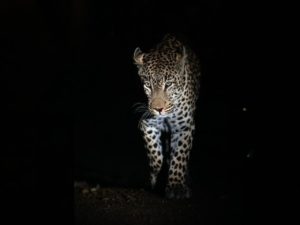 So after a very successful first afternoon at Djuma, we are ready for dinner and and early night before the early start to try and catch up with the waking animals in the morning …