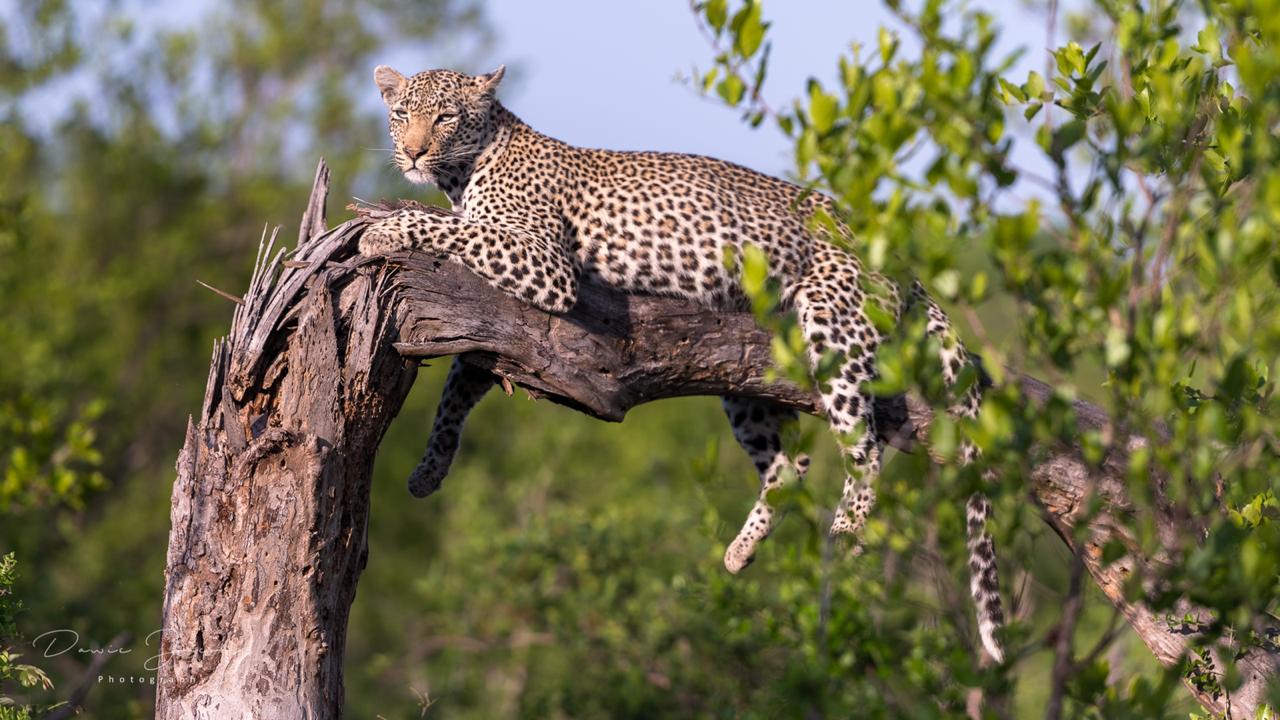 Although we started our morning headed towards an area where we hoped to find Wild Dogs (our TuskPhoto Safari guests are keen to see them), we saw elephants and Plains animals before we were distracted from that search when we found Moyà, the female leopard. She was clearly visible on a fallen tree and posed beautifully for us before she decided to start her morning walk and wandered off into a neighbouring territory. 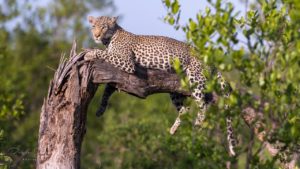 Our second vehicle then spotted two male lions, sleeping in a grassy area. They were flat, and disinclined to move. We didn’t spend long with them as they were clearly settled for the day.

We stopped for some rhino shots, and then to watch a herd of elephants before we returned to the Lodge.

We tried to find Wild Dog tracks again in the afternoon, but as there were no tracks, we didn’t continue, but rather went to a reported sighting of a male leopard. This was Flat Rock at a waterhole. He moved away to follow the river. 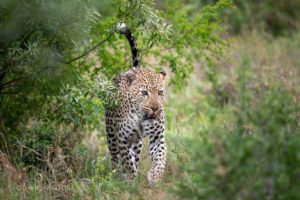 We were able to keep up with him easily as he walked along in the sand, and across many open patches. As we followed Flat Rock we were surprised to suddenly spot a female leopard as well. She stopped, clearly stunned by the sight of the large male, gave us a few moments to grab some photos before she dashed away nervously.

We continued to follow Flat Rock until he eventually went into a thicket and having spent plenty of time with him in the open, we rather returned to the earlier lion sighting. However, the two males were gone, leaving no trace of the direction they had taken.

We photographed elephants, then looped around and returned a short while later to find leopard tracks on top of the elephant prints. We had missed the male cat by a only a minute or two.

Finally, on the way back to the Lodge there were last night photos of a chameleon and a hyena skulking in the dark.

This was our last full day safari, and we hope the the morning will prove to be as phenomenal as all the wonderful days we have experienced here at Elephant Plains …